10 Korean artists who chose distinct genres for their main concept 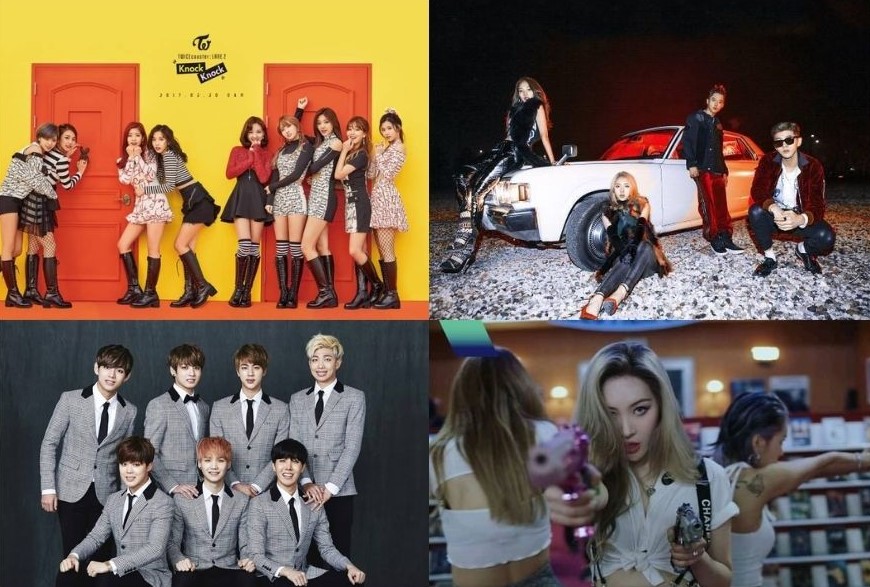 K-pop isn’t just loud EDM as most people think. There are many genres of music to suit everyone’s taste. There is much more to discover in the Hallyu music industry, such as Moombahton styles, New Jack Swing or the famous classic Trot style.

Dreamcatcher is one of the most expressive groups that have chosen pop metal as their main target, infused with hard rock elements that incorporate their nightmarish theme.

City Pop is a Japanese genre that emerged in the late 70’s until the 90’s. There are many Korean songs that use this sound, but Yukika keeps the fort with City Pop as the main concept.

KARD uses the Moombahton genre as its main core, where the music combines with electronic themes, house music and reggaeton elements following a certain type of rhythm.

Chungha’s soloist represents the Tropical House subgenre, a sound that combines upbeat and airy music made up of synthesizers and various percussion instruments. This subgenre is also evident in her songs such as “Play” and “Why Don’t You Know”.

Teen Pop is a subgenre that usually combines techno and dance pop. ITZY holds firm to this musicality, targeting mostly youth with their cheeky performances and meaningful messages in their lyrics.

In their debut days, TWICE started out as a group whose music spanned the Bubblegum Pop subgenre. Songs that make use of this subgenre are most likely to catch your ear and stick immediately after the first few listens.

BTS debuted with a strong takeover of hip-hop where they shaped the focus of the group through heavy rapping, emceeing, aggressive dance moves and sophisticated vocals. Even though their concepts changed over time, the essence of hip-hop through their songs never faded, thanks to a solid rap line.

Sunmi is well known for her synthesizers that inhibit the use of frequencies and synthesizers. He was also prominent in the 1970s to 1990s.

This subgenre combines rock music with classical instruments, and GFRIEND is a group well known for this unique style.

DAVICHI puts Ballad to his advantage to tell narratives through his lyrics and music videos.

IF YOU MISSED: 6 K-Pop MV Scenes That Aren’t Really Part of the Script