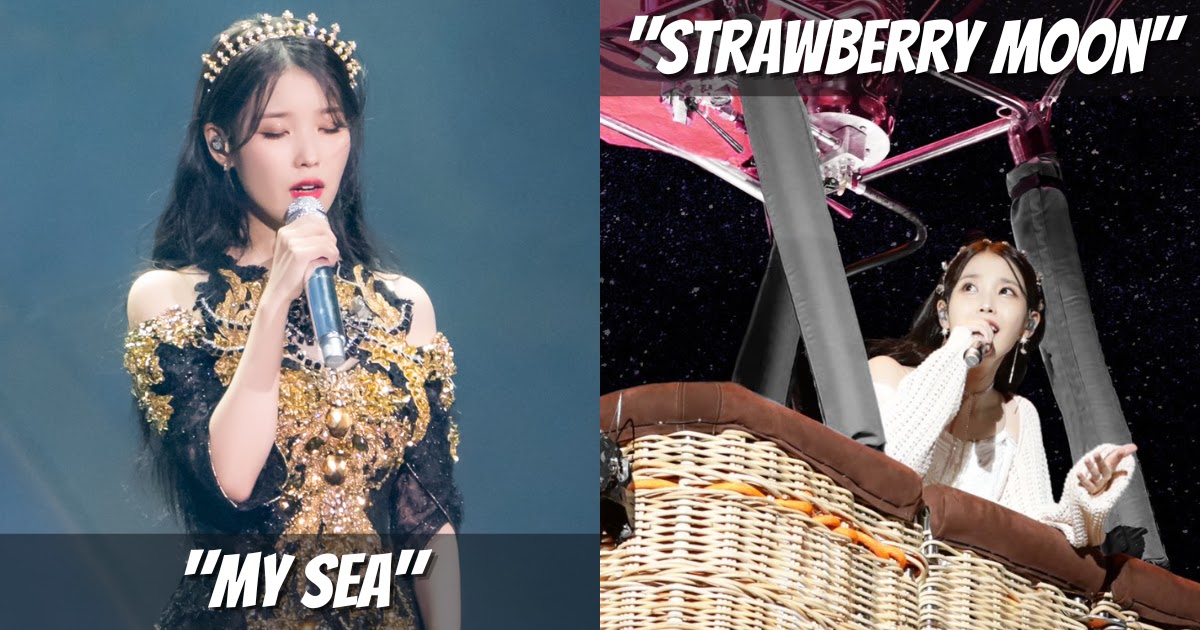 This is a concert that will go down in history.

IUThe concerts are always legendary, but The Golden Hour takes the cake for unparalleled visuals and unique performances. Here are the top 18 moments of her two days in concert, and that just further proves why she is the Queen of K-Pop.

1. When the Universe is on the IU side

Even the sky was ready for the IU concert, dyeing a perfect golden color before her concert started.

♬ people who used this sound are cute – rachelntlagi 🙂

There is nothing like starting a concert with fireworks and impeccable vocals.

This song never ceases to give us shivers, and it’s even more epic when they sing Uaenas.

“I will be there, following you who walks alone, singing to the end, this song will be endless.” – IU pic.twitter.com/kh1hKxoHNX

Capturing IU’s warm smile was worth the risk.

I looked at the op and smiled at them while recording… remember recording is not allowed. my queen of anti-capitalism
pic.twitter.com/cyklLKStvM1

Although “Good Day” is officially retired, there is no better ending performance than IU’s iconic three high notes, accompanied by fireworks.

‘Good Day’ officially leaves the IU concert set list with fireworks in Jamsil. She said she would try to add new songs for her fans and that would be the last time she did it 🥹 pic.twitter.com/VvO7yoqkur

“Palette” is another song that IU has officially withdrawn from, but memories and emotions will remain in our hearts forever.

IU always keeps its promises, which results in one of the sweetest moments during The Golden Hour.

IU with a part of Ah Puh choreography prepared by Hoshi for her concert stage! pic.twitter.com/XkHT8yNp5C

IU’s love for her fans knows no bounds, and the performance of “Strawberry Moon” will never be crowned.

IU said she prepared a hot air balloon party because she wanted to get closer to ueen on the third floor? and asked if it was okay, although it was just short# Golden_hour_day1pic.twitter.com/YpiCdnqmrQ

9. ITZY as a special guest of IU

IU and ITZY have the most adorable friendship and they didn’t disappoint as her guest performers.

14 years have passed and IU has promised Uaenas another 14 years in the future. We will be with her at every step.

88,000 fans and they are all there for IU. Really South Korea’s most beloved artist.

we are all for iu 🫶🏻 pic.twitter.com/5M4DfPLWec

Another legendary concert “Hold My Hand” for history books.

An amazing fireworks display combined with amazing instrumentals is the perfect break between IU’s performances.

The concert of IU continues with fireworks … pic.twitter.com/hASwIV9KoU

In addition to the fireworks, IU stunned everyone with a gorgeous drone show, announcing to all of Seoul that it was her time to shine.

No matter how old you are, it’s impossible not to fall in love with IU.

I was so excited when she saw the elementary school fans that she asked them “do you know the drama song?” is it true that drama is popular with primary school students? “

IU came straight out of a fairy tale into our world and we have never been more blessed.

1 million views for the most beautiful person singing the most powerful high-pitched sound ever.

#IU baby and my sea pic.twitter.com/OAihfQBttn