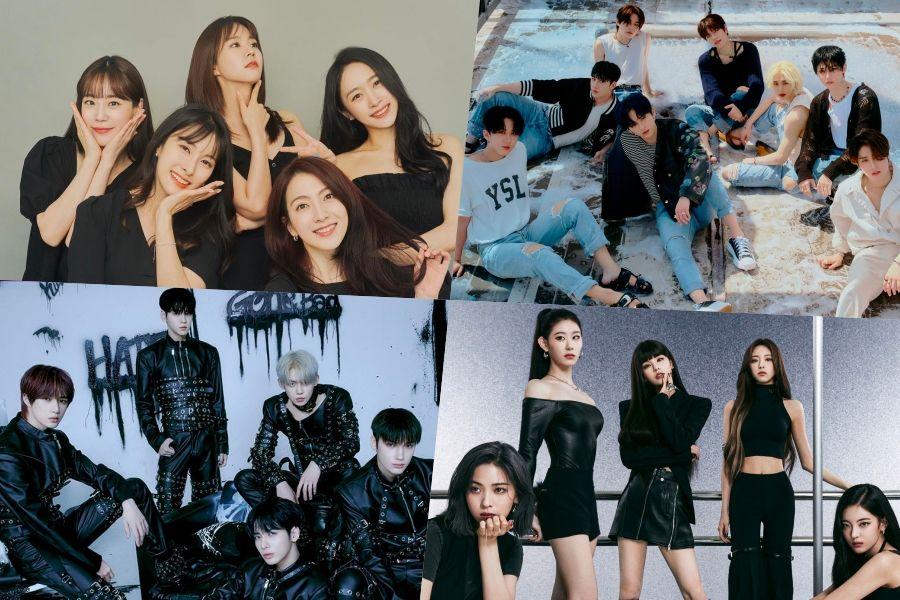 MAMA Awards 2022 has just revealed information about the legendary scenes that will take place during this year’s awards gala!

On November 23, CJ ENM released a statement saying, “KARA, Stray Kids, ITZY and TXT will perform on special stages at the MAMA Awards, which will be held at the Kyocera Dome in Osaka, Japan on November 29 and 30.”

It was previously revealed that KARA will perform a song from the new album “MOVE AGAIN”, which celebrates its 15th anniversary. It has now been further announced that they will also perform more of their hits such as “Lupin” and “Mister”.

The Stray Kids performance is described as “an experiment”. The stage will turn into a bizarre laboratory where a strange group will form – a group of eight “maniacs”.

ITZY will perform a new song from the upcoming album “CHESHIRE”, which is scheduled for release on November 30th. Their performance at last year’s awards ceremony with actor Heo Sung Tae was especially memorable, so fans are sure to be excited to see what new shows they’re set to show this year.

Meanwhile, the members of TXT will become a modern-day Romeo in their performance, expressing the anger and loss felt after losing their first love.

In addition to these mini spoilers for the highly anticipated performances, MAMA has also revealed the names of the MCs who will be joining the stars on the red carpet. On November 29, TV personality Ahn Hyun Mo, actor Nam Yoon Su, and dancer Gabee will be appointed MCs, while dancer Aiki will join Ahn Hyun Mo and Nam Yoon Su on November 30.

MAMA Awards 2022 performers were previously announced with artists such as Stray Kids, ITZY, TXT, JO1, Tracer, ENHYPEN, IVE and many more to perform on November 29, and Hyolyn, Zico, Lim Young Woong, (G)I-DLE and more only will appear on stage on November 30th. The inclusion of special scenes and collaborations featuring artists such as BTS’s J-Hope, Tiger JK, Jaurim, and more has also been revealed earlier, so viewers can look forward to many jaw-dropping performances this year.

Who are you most looking forward to seeing at this year’s MAMA Awards?

While you wait, watch the Stray Kids in Kingdom: Legenday War: