7 Korean actors who will charm us with their deep voice 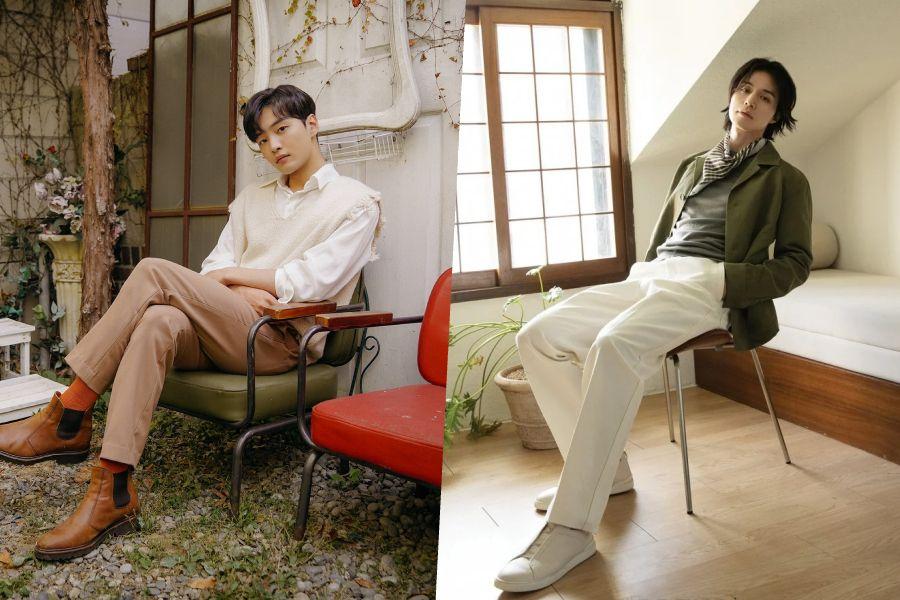 The Korean television and film industry is one of the leaders in the world for compelling storylines, impeccable production and, of course, talented actors. The latter always captivate us with their amazing presentation of their characters, leaving us in awe of their versatile and successful roles. In addition to their talents, these actors will also charm us with their physical qualities, and deep voices are in the top three of the list every time.

Here is a selection of Korean actors who will charm us with their deep voice.

Our first candidate is Yeo Jin Goo. His voice may not have been that deep when he started out as a child actor in 2005, but developed a deep vocal as he grew up. His latest works are “Hotel Del Luna” and “Beyond Evil” where you can hear more about him. In the meantime, here is a light interview where you can enjoy Yeo Jin Goo’s enchanting voice.

Kim Min Jae is quite a popular actor which luckily means there is a persistent amount of content to watch while being mesmerized by his incredibly hoarse voice. “Dr. Romantic” and “Poong, The Joseon Psychiatrist” are some of his notable works. Check out this segment of Kim Min Jae where his voice stands out clearly from the rest!

This star achieved fame thanks to his famous role in “The Heirs”. Since then, he has starred in a number of movies and K-dramas where “Uncontrollably Fond” was Kim Woo Bin’s first male lead role in a romantic drama. He was able to capture hearts with his acting skills as well as a deep reassuring voice that reassures anyone who listens to him. In this interview, listen to the actor’s dish about his personal and professional life.

This model turned actor is another one that fits this list. His rough vocals do not go unnoticed, which fans have known since his debut in 2010. “Lucky Romance” and “Doom at Your Service” are some of his memorable K-dramas. Let Lee Soo Hyuk’s voice hear you in this segment, which was provided to you by the YG Stage YouTube channel.

If there is a comment that this veteran actor always appears on shows and interviews, it is undoubtedly about his voice. His husky voice is basically ASMR material as he has a low-pitched conversation making listening very relaxing. From “Coffee Prince” to “My Mister,” Lee Sun Gyun’s filmography speaks volumes for him. Enjoy this fun interview with him for “Weekly Entertainment”.

Lee Dong Wook has taken us on many fascinating rides with his dynamic characters and he doesn’t back down. With his roles in “Goblin”, “Touch the Heart” and “The Nine-Tails”, the sky is the limit for this famous actor. His performance is clearly crowned with the incredible depth of his voice which you can see in the video below.

Dominating both the national and international scene, Lee Byung Hun is an acting powerhouse. His filmography is always thriving, with his most recent roles being “Declaration of Danger” in the Movie category and “Our Blues” in the K-drama category. His raspy voice was fairly present in The Squid Game, where he played a disguised role to the very end. Check it out below!

Which Korean actor has the most charming deep voice? Let us know in the comments below!

esmee me. is a Moroccan dreamer, writer and enthusiast for Hallyu.