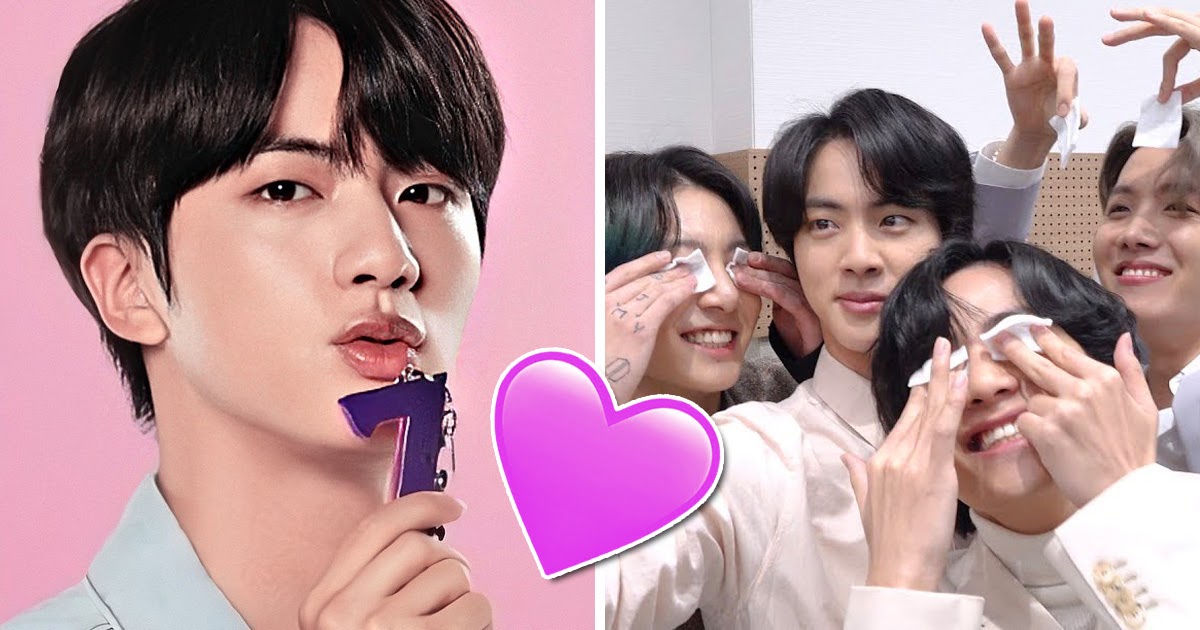 From the life of an intern to a superstar BTS‘s Jin, Suga, J-Hope, RM, Jimin, Vand Jungkook we were together through the good and the bad.

Fans can’t imagine the BTS constellation without all seven stars, and neither can the members. “It doesn’t seem right unless there’s all seven of us standing in our formation.” RM said in an ARMY membership kit video clip.

Well, I feel like this all the time in my daily life. For example, when we’re taking pictures and they’re not all there, it feels empty… I feel like there’s a part missing. It’s not right if it’s not all seven of us standing in our formation, you know? I think I have syndrome seven.

Jin, the oldest member of BTS, will be enlisting soon, but will always be with the group (and ARMY) in spirit. Here are 7 reasons why BTS just isn’t BTS without it.

1. He is the big brother they need.

To pursue their dreams, BTS members left home at a young age. Jin went from being the youngest in his family to the oldest in his group, assuming the role of everyone’s big brother.

To this day, Jin looks after his younger “siblings” like a real guardian, bringing stability, joy and a lot of laughter to their lives.

2. It is the best icebreaker

Whether it’s an interview, a national TV appearance or a live broadcast, no one breaks the ice like Jin. Despite being the shyest member of BTS, Jin does his best to make everyone feel comfortable, well…

3. Can change the mood in the blink of an eye.

As someone with high social intelligence and a penchant for drama, Jin can seamlessly turn a potentially negative experience into a positive one. Things got awkward when the host of the awards show asked Jin and V for a kiss, but Jin turned the tables!

4. He makes those around him feel safe and appreciated.

For example, when V fell on the red carpet, Jin also knelt down. See? Falling is nothing to be ashamed of!

remember how taehyung accidentally fell to his knees and seokjin also knelt down so taehyung wouldn’t feel embarrassed 🥺pic.twitter.com/FhyQMEyztD

5. His voice is irreplaceable

Each member brings a unique voice color to the rainbow that is BTS music.

Their songs just wouldn’t be the same without Jin’s powerful and versatile voice.

I can’t stress enough that seokjin’s vocals are so steady, crystal clear and mesmerizing that he ate itpic.twitter.com/gaDRCfhoVe

6. Wherever he goes, he takes a positive attitude with him.

Often the people around us influence our moods and attitudes. Jin has been open about his struggles, but tries to show his bright side. He cares about positive thinking.

“Everything goes wrong when you think negatively. When you think positively, it gets better.” ㅡ 170704, Kim Seokjin in Bon Voyage Season 2 Ep. 2 pic.twitter.com/2hVMZRrXBL

7. He is a true friend for life

Throughout its career, this sociable butterfly has developed long lasting friendships with its members…

…and many famous friends. Jin’s relatives often praise his generosity and honesty. He’s the type of companion we all need!