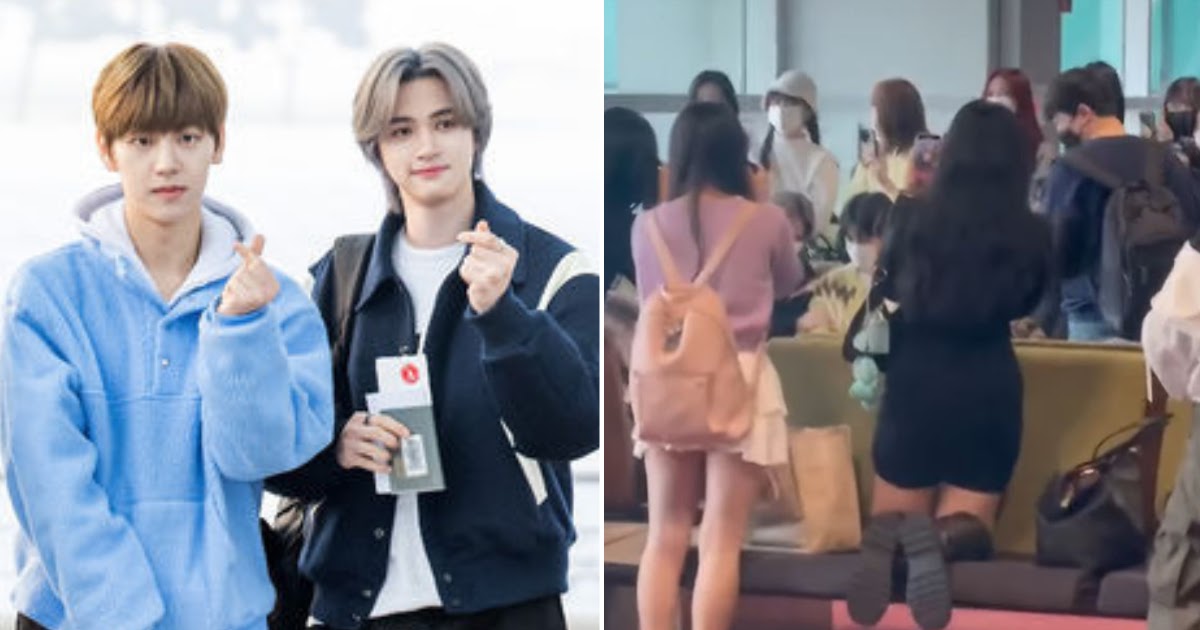 The shocking POV comes from a bystander!

Although the life of a K-Pop idol seems perfect because they are surrounded by fans who have so much love for them, sometimes it can get out of hand. Sasang are known as “fans” who stalk or engage in other behavior that may be perceived as an invasion of privacy.

Over the years, idols have had terrifying experiences with them sasaeng.

Recently a YouTube channel called Go Twinsthat are in Japan managed to reveal the true reality of sasaengs during one of their vlogs.

The YouTubers traveled around Japan during the video. At some point, the duo arrived at the airport to head to their next location. During filming, they showed their surroundings at different times.

Then the duo came to South Korea.

At one point, the Go Twins explained that they saw several people sitting, adding that they thought they were probably idols. However, one comment that stood out was to explain that many people around them were taking photos.

It’s not unusual for idols to be photographed when entering airports, but this is usually done once inside as fans are usually not allowed to go further than security.

Watching the crowds, K-Pop fans realized that it was actually a group of “fans” who just stood around the idols and took pictures. No one said anything and they just surrounded the group, leading many to think they were sasaeng.

As the video approached the group, fans noticed that they were the fourth generation of boys dripping.

As the members sat and waited for their flight, the “fans” around them simply took pictures. However, instead of from a safe distance, it was done from less than a meter away.

Not surprisingly, the video immediately went viral on TikTok. In the comments, Internet users could not get over the group’s lack of privacy, and many added their anger that managers or employees did nothing.

Others pointed out that in order to get this far, fans also had to buy airline tickets to access the idols. They also shared concerns about how close the sasaeng were.

Although reality sasaeng becomes more famous and idols regularly challenge him, a video shared on YouTube presents a truly unedited version of events.

Stories of the Wild Sasaeng