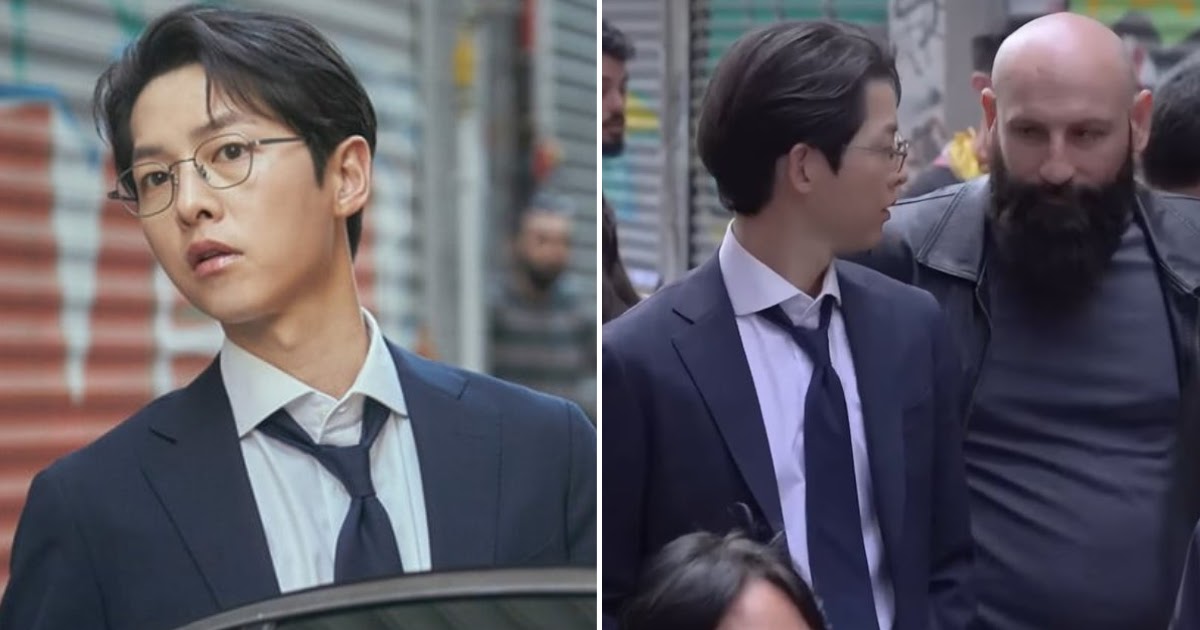 After that, the actor worked with many different extras on the show!

An actor since his debut in the entertainment industry Song Joong Ki has always been praised for his immense talent, undeniable visuals, and authentic personality.

In particular, the actor caught the attention of netizens after his role in the recent K-Drama Rich reborn.

Besides being an amazing actor, Song Joong Ki also seems to be one of the most genuine people to work with.

Recently, JTBC released some behind-the-scenes footage of the series’ making. In particular, there were scenes where the character played by Song Joong Ki was in Istanbul and interacted with the people around him.

During one of Song Joong Ki’s scenes, he was shooting a chase scene with some extras. As soon as filming was finished and everyone was back on the set, Song Joong Ki was seen with his arm around one of the actors.

As they watched the scene, Song Joong Ki motioned to one of the other actors to stand in front of him so he could see what was filmed.

Instead of focusing on himself, the legendary actor made sure that everyone could follow their performance and also praised them.

During filming, he also took the time to share how scenes could be improved by talking directly to the actors on set.

When the scene was finished, Song Joog Ki went straight to the actors and thanked them for their hard work by interacting with them as he would with any Korean actor.

Later in the movie, Song Joong Ki was filmed shooting a scene with several children.

After shooting the scene, Song Joong Ki tried not to look intimidating as he knelt down and started talking to the young extras about the scene.

When he accidentally knocked down one of the children, he constantly made sure that the boy was okay. Every time he had to knock down a child, he always made sure he was okay.

Even when they weren’t shooting, Song Joong Ki had the cutest interactions with the young stars in this episode.

By the end, Song Joong Ki’s true personality was still shining. After filming the scene where he was captured, the actor made sure his co-workers were okay and continued to show his appreciation in various ways, whether it was his words or actions.

As expected, even though she is one of the biggest stars in Korea, Song Joong Ki always treats everyone around her with genuine care and love.