ARMY debate on how to pronounce BTS songs and albums 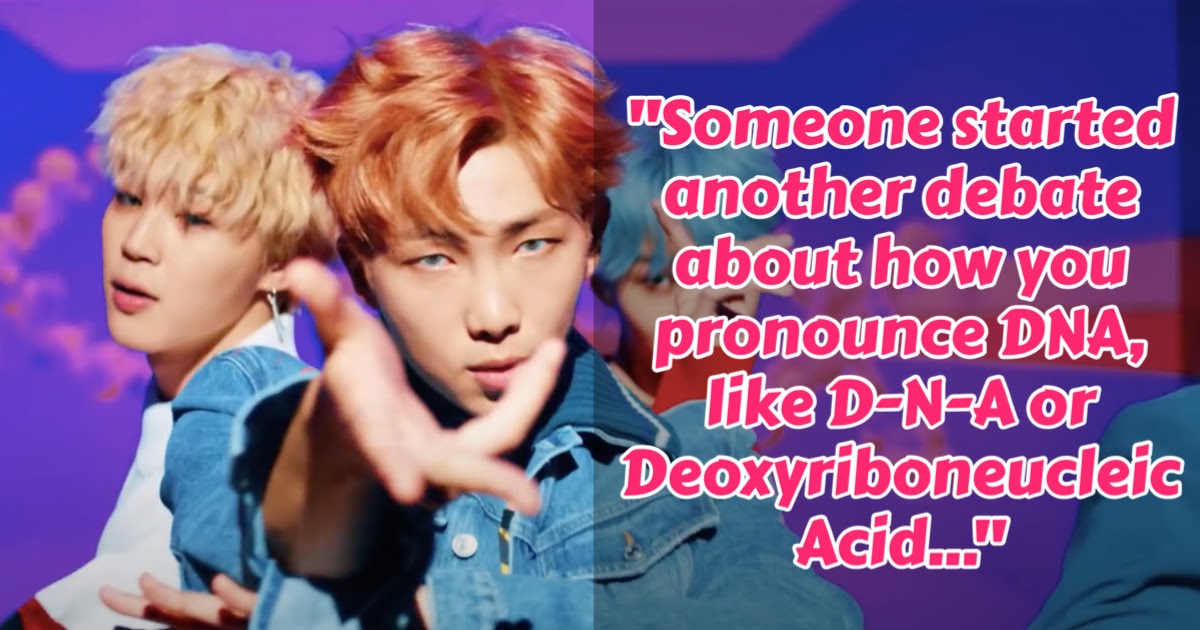 Some song titles are simple and some… not so much.

So ARMYs are debating the correct pronunciation for BTS songs and albums.

It seems it started with the first ARMY debate about pronunciation HYYH.

2015 The most beautiful moment in life era, or “Hwa Yang Yeon Hwa” (HYYH) launched what we now know as The BTS Universe (BU). The official name “The BTS Universe” was given only in 2017.

Some may pronounce HYYH as “HYY H.” But considering that it is short for “Hwa Yang Yeon Hwa”, it is correct pronunciation.

no, because i don’t even pronounce hyyh, i just read it in my mind like huh yaw era

“how do you pronounce hyyh-” i don’t

ok, this one wins

Likewise, ARMY invoked “DNA” which should have been obvious, but …

How do you all pronounce DNA?

However, one of the songwriters, RM, he pronounced it before on a live broadcast. So what remains to be discussed?

Some foreign language titles, such as “Jamais vu”, seem like an important conversation, but even that is a bland joke.

intentionally wrong bc I don’t want the French to win https://t.co/YAC1eO3d5R

ARMYs will even come for the first BTS EP and its intro: O! RUL8,2?. There should be only one way to read it, but clearly that’s not true.

ORUL82! it is pronounced “oh you’re late too”, if you say it in a different way, you just want to start problems?

What’s the BTS song you’re not sure to pronounce?