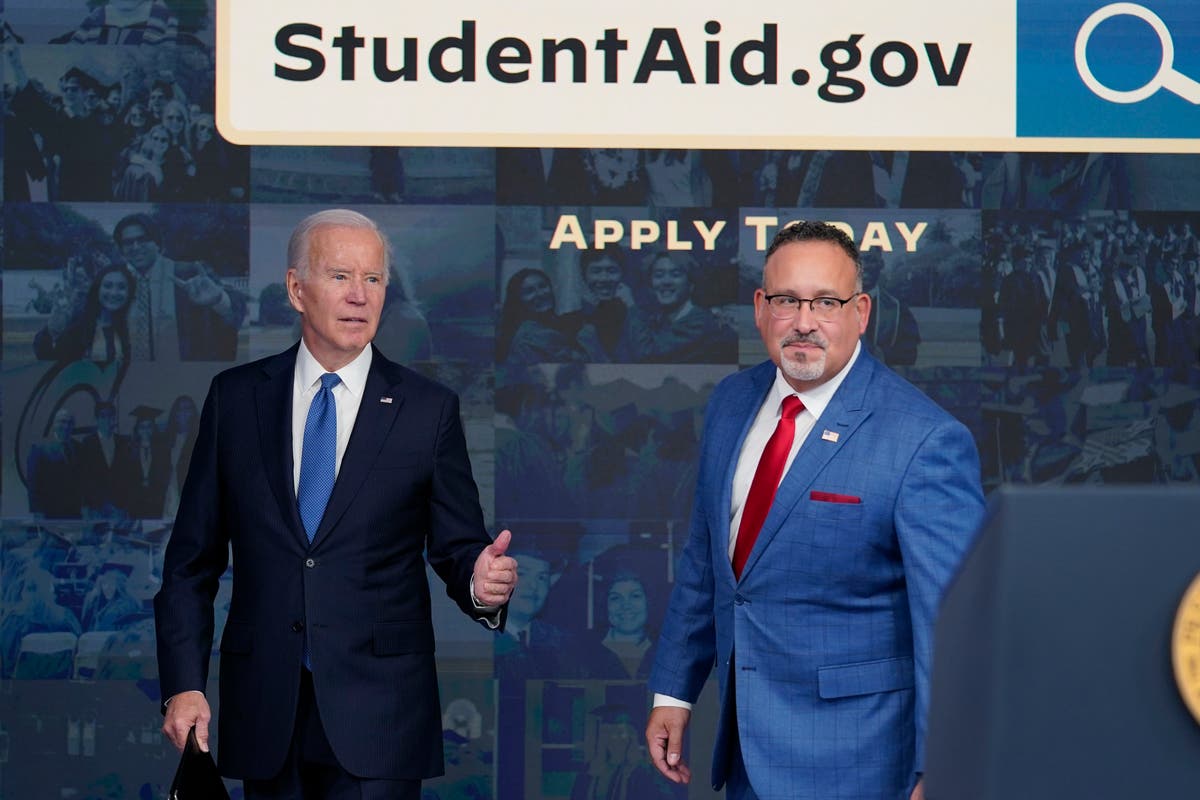 President Joe Biden’s administration will extend the student loan debt break as courts decide whether to allow a plan to cancel balances up to $10,000 for millions of borrowers.

The Covid-19 moratorium on payments and interest was first enacted under Donald Trump and has been extended several times.

It was supposed to expire on December 31.

U.S. Department of Education Secretary Miguel Cardona announced that the agency would extend the pause until “the debt relief program is allowed to be implemented or the dispute is resolved, but no later than” June 30, 2023. Payments will resume 60 days later.

The extension will “alleviate uncertainty” for borrowers as the administration asks the U.S. Supreme Court to review lower court rulings from Republican-backed lawsuits seeking to block the president’s plan to relieve up to $10,000 of federal student loan debt balances for about 40 million Americans.

The long-awaited debt forgiveness plan was met almost immediately with threats of litigation from conservative legal groups and Republican officials. Two lawsuits successfully blocked the program, at least temporarily, and the Department of Education shut down the online loan cancellation portal earlier this month.

The administration and millions of borrowers lost another legal battle last week after a federal appeals court in St. Louis agreed to a preliminary injunction filed by six Republican-led states that would have halted the plan pending the appeals process.

The verdict came just days after a federal judge in Texas blocked the program on the grounds that the administration did not have the authority to implement it and wrongfully bypassed Congress.

Administration officials promised to proceed with the appeal.

On Friday, the U.S. Department of Justice asked the Supreme Court to overturn a federal appeals court ruling that the attorney called “misguided” and deprived millions of borrowers of the ability to make financial decisions without “a thorough understanding of their future repayment obligations.” “

The fate of the plan may depend on the Supreme Court, where the majority of conservative judges will have the final say.

Callous attempts to block student debt forgiveness in the courts have created tremendous financial uncertainty for millions of borrowers who cannot set family budgets or even plan vacations without a clear picture of their student debt obligations, and it’s just plain wrong. Cardona in a statement.

“We are extending the payment hold because it would be deeply unfair to ask borrowers to pay a debt that they would not have had to pay had it not been for groundless lawsuits brought by Republican officials and special interests,” he added.

According to the Biden administration, some 16 million have already applied for and received approval for debt forgiveness.

The student loan debt crisis exploded to a total balance of nearly $2 trillion, mostly wrapped in federal loans. Millions of Americans continue to struggle with accrued interest, unable to reduce their principal balances, even years after graduation, or have been forced to leave their colleges or universities without earning a degree while still having to pay back their loans.