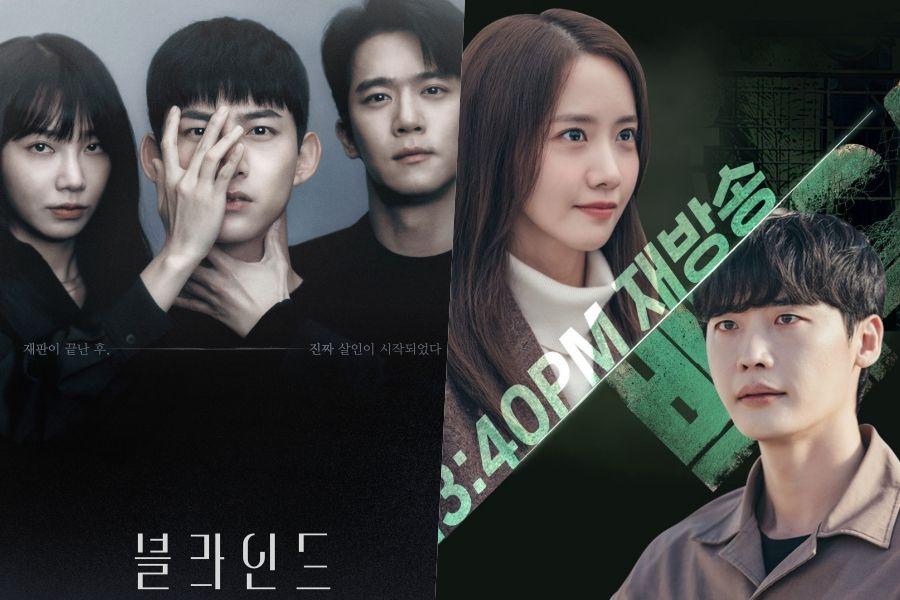 “Big Mouth” MBC soared to the highest marks even before the series finale!

On September 16, with only one episode left, the smash hit noir drama starring Lee Jong Suk and YoonA from Girls’ Generation set a new all-time record. According to Nielsen Korea, the penultimate episode of Big Mouth averaged a nationwide rating of 12.3 percent, a personal record for the show.

Meanwhile, SBS Today’s Webtoon – which airs in the same timeframe as Big Mouth – has risen slightly to the national average rating of 2.4 percent for its penultimate episode.

As two series come to an end, another has joined the fray: the new TVN drama “Blind” had a strong start yesterday evening. The first episode of the mystery thriller starring 2PM’s Taecyeon, Apink’s Jung Eun Ji, and Ha Seok Jin achieved a national average rating of 3.4 percent, ranking first in its time slot on all cable channels.

Are you ready to say goodbye to Big Mouth and Today’s Webtoon?

As you prepare for the series finale, check out all the previous episodes of “Webtoon Today” with subtitles below!