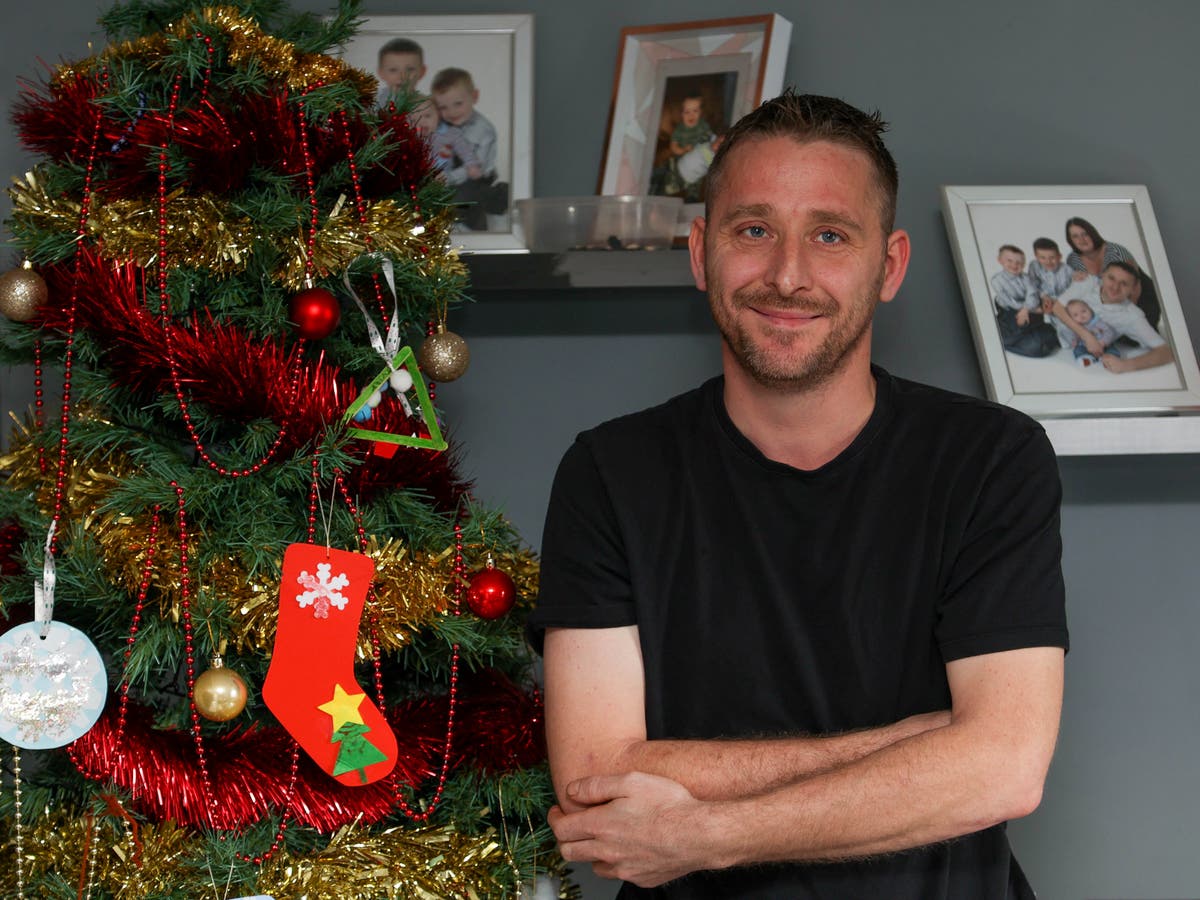 A terminally ill father-of-three who went viral after hundreds of people threw him an early Christmas party outside his house has died, his family has revealed.

Matthew Sandbrook, 37, had just a few months to live in October 2021 after being diagnosed with aggressive glioblastoma, a type of brain cancer.

Doctors said he was unlikely to survive Christmas, so his determined family launched an online appeal to throw him one last Christmas party.

They were stunned when, on October 6 last year, over 200 people, including family, friends, neighbors and strangers, showed up outside his home in Warndon, Worcestershire, to wish him a happy birthday.

Matthew went to last Christmas with his family but sadly passed away just over a year after his surprise party on Friday 18th November.

His family’s Facebook post read: “It is with a broken heart that I must inform you all of the passing of Matthew Sandbrook.

“The world has lost a very precious, loving, funny, hard working family man, taken from us too soon, he will be sadly missed and will remain in our hearts forever.

“He was so brave fighting glioblastoma brain cancer for so long.

“Thank you for all your support over the past 14 months, helping to create precious time and memories together.”

The video of Matthew opening the front door to greet him with a crowd of 200 has been viewed thousands of times online during his Christmas party.

Supporters donned Christmas sweaters and sang Christmas carols and Christmas hits, and the volunteers even organized an artificial snow machine and a DJ performance.

Crowds sang Ben E. King’s “Stand By Me” as Matthew, his wife Rebecca and their three sons Connor, Kyle and Tyler left the house.

Matthew said at the time, “I am in seventh heaven because of what happened today.

“You spend years thinking you’re alone, and it all happens in such a short time. I’m totally shocked.”

Matthew, a factory manager, suffered from headaches for two years before doctors found a tumor the size of a tennis ball.

After a series of tests, he was diagnosed with glioblastoma, a malignant cancer that had spread throughout his brain and spinal cord.

He added: “I work night shifts and I just thought the headaches were stress so I just took paracetamol and carried on.

“I want to tell people that if they’re suffering from headaches, let them get checked.”

She previously said: “She loves Christmas and when we found out she probably wouldn’t make it this year, we thought we just had to rush Christmas.

“It was an amazing, emotional, heart-rending night that gives you such faith in humanity.

“So many people were there, some didn’t even know Matty but read his story on Facebook and wanted to show their support.”

Matthew’s funeral will take place at Worcester Crematorium at 2.15pm on Friday 9 December, with a wake-up call at the New Checkers Pub.

All volunteers are asked to meet at the entrance to the crematorium, where friends and family will walk behind the car, which will play “Stand By Me” again in tribute.

She said: “I would like to thank all the staff, doctors, nurses and volunteers at St. Richard for the care they have shown Matthew and me over the past month.”