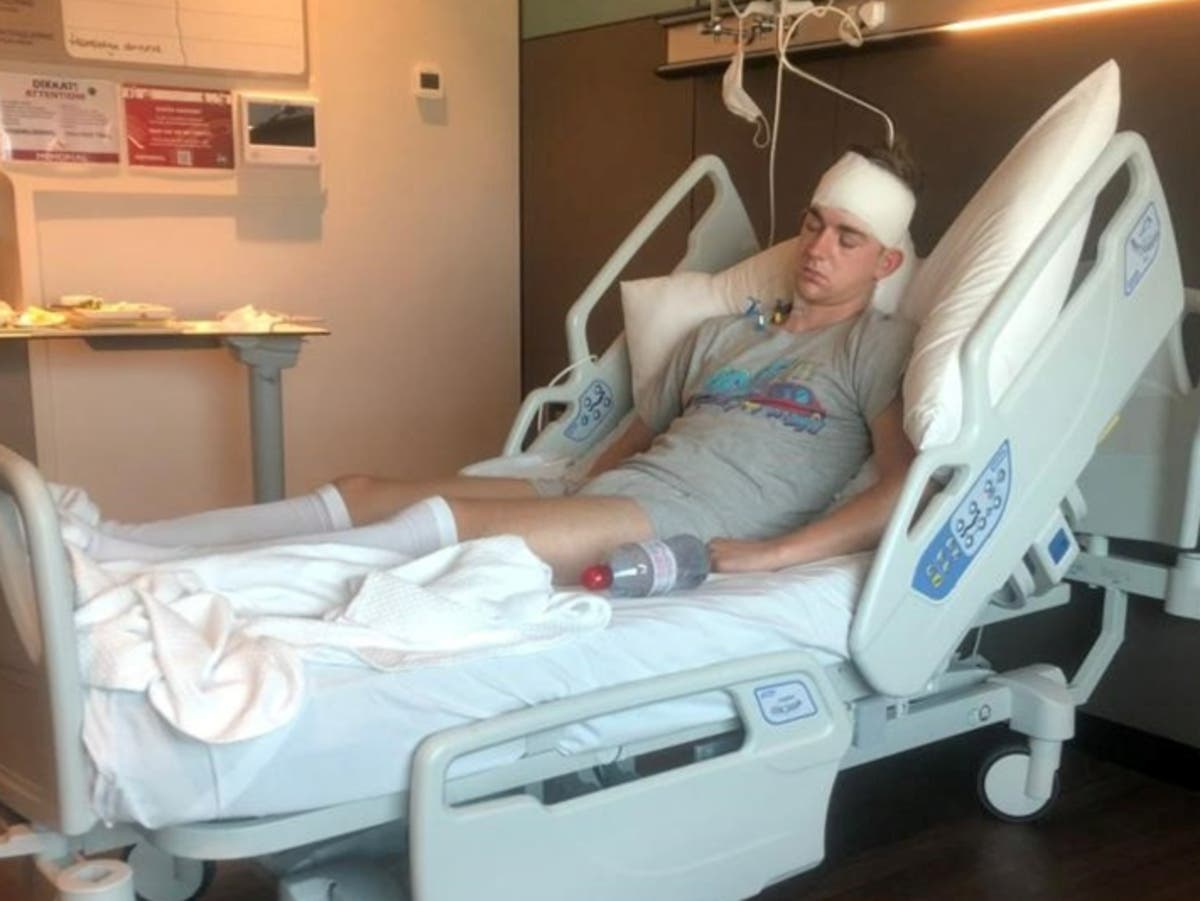 A once-talented teenage soccer player uses this year’s World Cup to raise awareness about a brain tumor that has threatened his life and ruined his dreams.

Ollie Leach played football for 11 years and was on the cusp of his professional career when he began experiencing double vision at the age of 18.

He was diagnosed with an aggressive form of brain cancer but underwent successful private surgery in 2020 after raising £30,000 for treatment.

Ollie, now 21, hopes to raise awareness of his condition by doing 10,000 sit-ups at the World Cup.

He will be joined by his former Milton Keynes Dons football teammates for the One Million Keepy Uppy Challenge.

The challenge was organized by the charity Brain Tumor Research.

Ollie said: “I wasn’t really aware of what brain tumors were before I was diagnosed with one, but now I’m hearing more and more about them and I’m surprised how many people they affect.

“I don’t think I would have found out about my tumor if I hadn’t been playing football, and certainly not as soon as I did.

“I realize that not everyone with a brain tumor has the same experience as me, so I consider myself lucky and want to do what I can to help others.”

Ollie started noticing double vision during soccer games. He remembers having to guess where the ball was as it flew towards him.

Ollie, from Baldock, Hertfordshire, said: “It was March 2020, the day before the nationwide lockdown went into effect, when I got a call saying I had a mass in my brain.

“It was a lot to understand and didn’t feel real because I was so healthy, exercised a lot and ate well.”

Ollie played football with Baldock Town FC from the age of seven and started playing for Milton Keynes Dons when he was just 13.

After researching natural alternatives and a ketogenic diet, when he was first diagnosed with low-grade germinoma, the tumor continued to grow.

Due to the quarantine, Ollie has decided not to tell many people about his news.

However, his call “exploded” after his family decided to finance a trip to Turkey for private treatment.

In September 2020, Ollie flew to Istanbul for a tumor removal.

He said: “The operation took eight hours and my surgeon said it was the most difficult operation he had performed in his 25-year career.

“I woke up in intensive care knowing I was fine because I wasn’t blind or paralyzed, and these were some of the dangers I’d been warned about.

“However, I had a condition called Parinaud’s syndrome that causes your eyes to focus downwards.

“After a few days it was better, but I still see double when I am not looking straight ahead.

“My surgeon told me he was looking forward to the day I could play football again, but I wasn’t able to.”

He is now “enjoying university life” as a physiotherapy student in York.

He said: “I’m hoping a second operation will help because it’s inconvenient to close one eye to read or see things properly.

“It’s unlikely they’ll ever be 100 per cent better, but I’m used to how they are now, so any improvement is welcome.”

Charlie Allsebrook, community development manager at Brain Tumor Research, said: “Ollie’s story is a stark reminder of how massive brain tumors are, affecting everyone of all ages.

“It is estimated that three million tickets will be sold for this year’s World Cup.

“One in three people know someone affected by a brain tumour, which means that over a million current fans will know the pain caused by this cruel disease.”

Brain tumors kill more children and adults under 40 than any other cancer, according to the charity.

However, historically, only 1 percent of national cancer research spending has been allocated to brain tumor research.