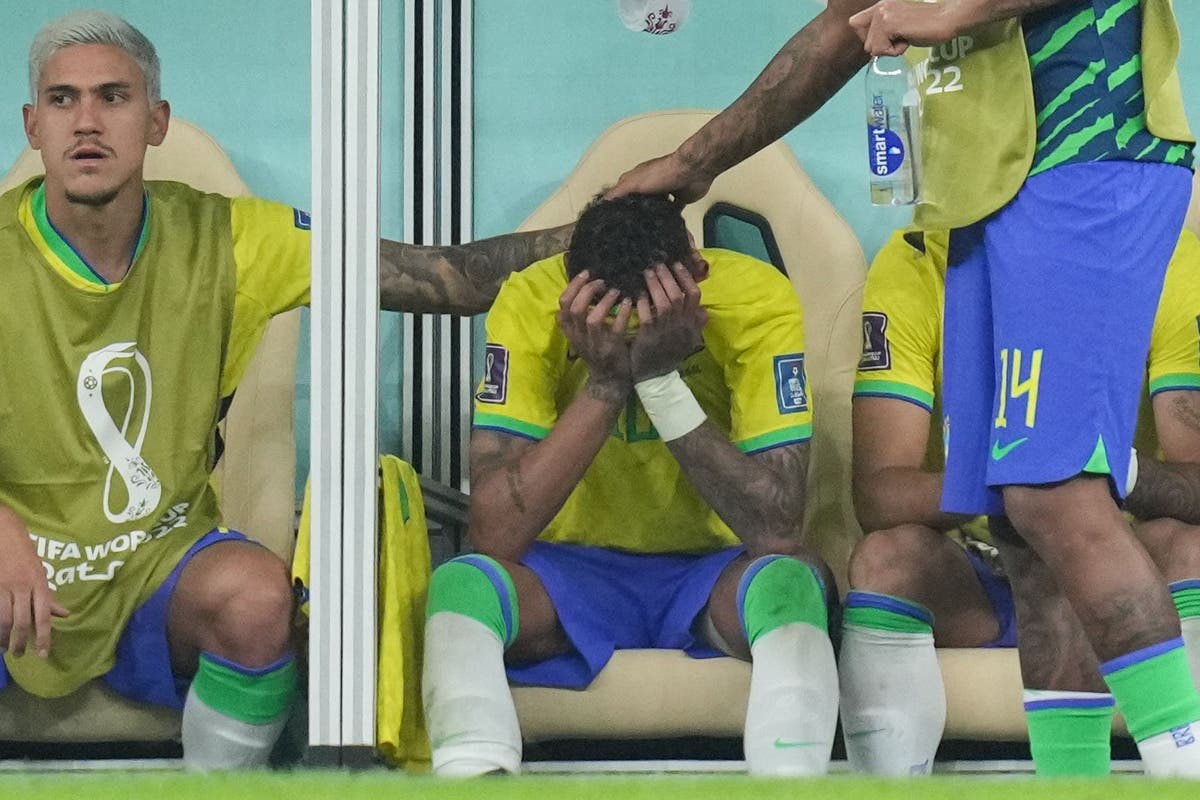 Brazil coach Tite hopes Neymar will be fit to continue at the World Cup after picking up an ankle injury in their first 2-0 win over Serbia.

Richarlison scored both goals, a second superb jump volley, but this was overshadowed by Neymar, who limped late and looked agitated on the bench.

The striker has struggled with ankle problems in the past but Tite does not believe the problem is serious, telling a press conference: “We are confident Neymar will continue to play in the World Cup.”

Brazilian doctor Rodrigo Lasmar added: “We have to wait 24-48 hours to get a better assessment. We have not scheduled any MRI, and we will conduct a new assessment tomorrow.”

Defender Danilo also had an ankle problem, limping in the final minutes.

Neymar spent 11 minutes on the pitch after injury before being substituted.

Asked why he didn’t make this decision sooner, Tite said: “I haven’t seen Neymar injured. The ability he has to overcome it tricked me. I only saw it now after watching the video.”

Brazil were lukewarm in the first half, creating only a few clear-cut chances, but improved significantly after the break, with Richarlison justifying his choice to many other talented forwards.

Tite said: “I think it was an important win with many wins in the same game. (In the first half) it wasn’t our normal standard. In the second half we changed the formation of the men and improved the technique.

“I had six, seven names to call (on) and whoever I would call, we’d have a great team. Richardson is fantastic. We see him controlling the ball, going up and adjusting all his plans.

Serbia coach Dragan Stojkovic was disappointed with his side’s performance in the second half, saying: “I think we were even for the first 45 minutes. I didn’t notice them dominating at this stage.

“But in the second half we collapsed physically and we were no longer a team. And of course Brazil knew how to take advantage of that because they have excellent players.