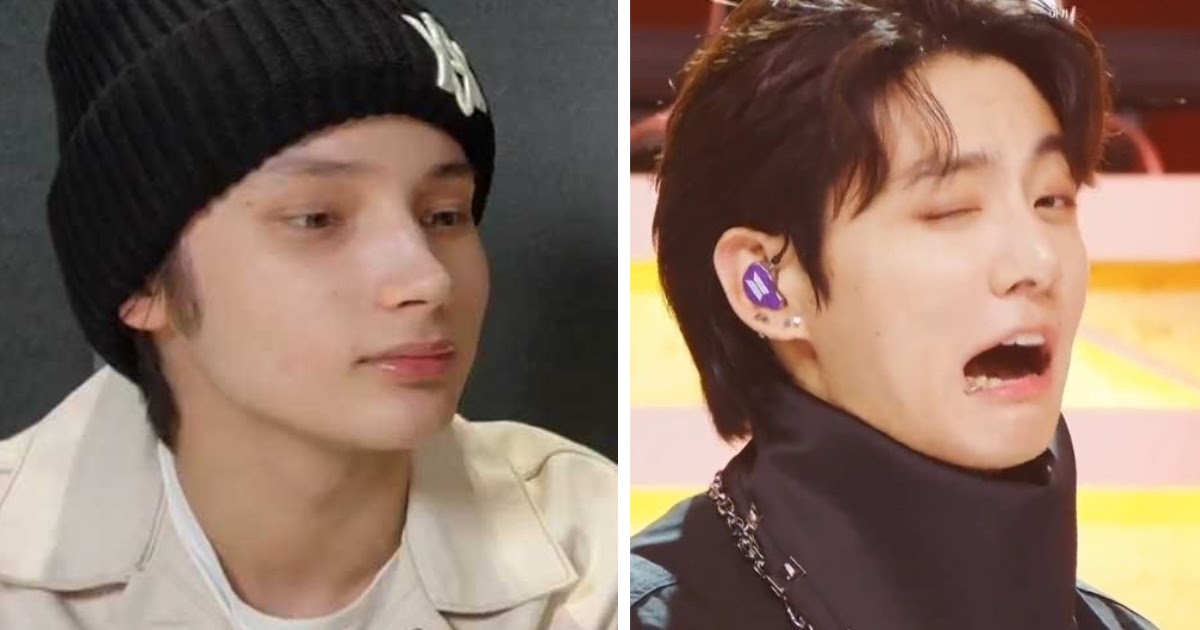 He learned from the best.

As the only two groups from BIGHIT MUSIC, the bond between BTS and TXT is much tighter than the usual senior-junior dynamic. This is reflected in the way TXT refers to BTS members as “hyung” instead “sunbaenim” and the constant and mutual support that both groups publicly show for each other. Huening Kai’s story is yet another addition to the archive of this healthy relationship.

Huening Kai said when he first tried it gosamcza, traditional herbal tea when Jungkook gave it to TXT. He brought some tea from the photo shoot and gave them when they met at the company building. But this sweet gesture quickly turned mischievous.

: (Gosamcha) The first time I ate it, Jungkook hyung gave it to me at work. I drank it for the first time in the district after taking a picture. Wow, really! The feeling of being really cleansed. It’s a real taste of nature. It really tastes earthy.

Jungkook… Why is the car high three hahahahahapic.twitter.com/yxZdBqHjJB

The first time I had a gosamcha was when Jungkook hyung gave it to us at the company. Hyung came after he shot something. I tried it for the first time and it was like “Wow! Really!’ I felt our body cleansing itself… It’s really a taste of nature. It tastes like earth. wow! It’s really unbelievable.

While Huening Kai searched for words to politely gather his opinion, Beomgyu summed up his verdict by saying, “It tasted really bad. And this is not a subjective opinion. Gosamcza it is known for being bitter and few people like it for its taste.

Jungkook himself hated tea so much when he tried it in BTS’s Japanese fan club that he once listed it as one of the things he fears the most!

What are you most afraid of?

The fact that he passed it on to the inconspicuous dongsaengs TXT, even though he thinks it’s awful, just shows how chaotic it is as hyung. Safe to say, its six others hyungs he taught him well how to be a real big sibling.