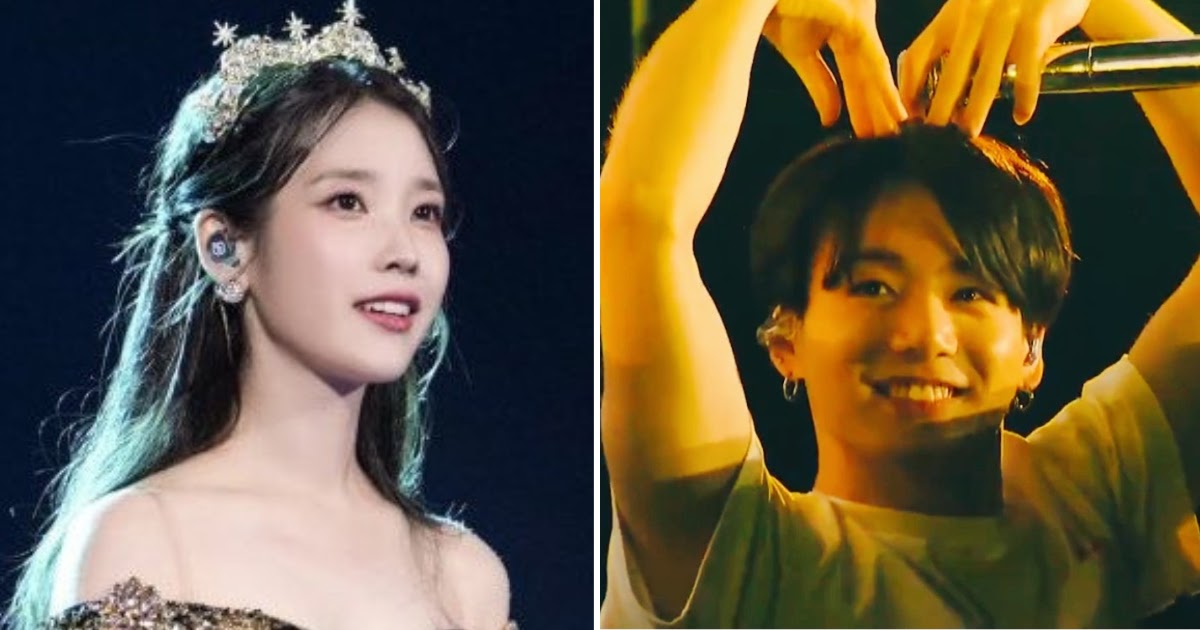 Fans say he was with J-Hope this time.

IU reportedly pulled out of all stops for her megaconcert at the Jamsil Olympic Stadium, The Golden Hour…

… including performance by z Jay Park.

Fans were thrilled with the show, praising IU as the queen of K-pop.

iu is truly the k-pop queen, this concert was spectacular in every way pic.twitter.com/4i2CaGhhKU

Given that the show was so must-see, it makes perfect sense that longtime IU fan Jungkook would go out of his way to see as much of it as possible. He was seen again at the Jamsil Olympic Stadium on the second day, happily jumping up and down.

JUNGKOOK also attended the second day of the IU concert. Look at him with a club in one hand and the cheering slogan 😭😭… in the other. Yeah cute Jungkookie. pic.twitter.com/UX0bIYzrEy

However, considering it has such a tight schedule, it’s still surprising that it’s there both days …

It really shows his devotion as a fan! In fact, Jungkook has shown how much of a fan he is. First, those who were there said he sang in the same key as IU – and nailed it.

Jungkook sang the song IU in her key and sang it right !! Yes of course pic.twitter.com/eN2zfBfv9f

But perhaps more touchingly, he returned with a special pillow that IU’s mother had personally made for fans in the audience.

Mother IU gives away thousands of seat cushions with her own money, because IU concerts usually take place overtime (3-5 hours). It will always be the sweetest thing ever 🥹🫶🏻 pic.twitter.com/telBLh0LOX

Ahhh OP saw Jungkook again at an IU concert today and Op said the part that showed Jungkook is a true fan was that he absolutely made sure to bring with him the free pillow IU provided her fans 😭😭 cuuuuute he is like meeee https: / /t.co/NAORgpWibv pic.twitter.com/zxhBD6KYHF

Additionally, fans who noticed him saw that he had bought a lamp and was swinging it enthusiastically throughout the concert … reportedly accompanied by his bandmate J-Hope!

Op said Jungkook also bought a lamp from IU, put in a battery and everything and shook the lamp. OP ALSO THINK IF THERE WAS A SUITABLE PERSON THAT WAS HOBI, HOBI ALSO KEEPED THE LIGHT 😭😭😭😭 https: // t .co / VK9yFvxX6p pic.twitter.com/dVT99LN0qm

This has yet to be confirmed, but given that J-Hope has recently made an appearance IU palettefans hope to see a photo of all three of them backstage!

In any case, the status of Jungkook fans on a higher level has already been proven many times.

Jungkook day1 and day2 at the IU concert
He is always the first faithful fanboy of IU and Uaena. Nobody at his level # Golden_hour_day2 pic.twitter.com/N6gi5R6qD1

ARMYs are now enjoying that she is enjoying her free time!

jungkook was at a concert and u for two days in a row, cheered with a light stick and even took a pillow home 🙁 glad to enjoy his free time

Meet all the stars who attended the first day of IU The Golden Hour here.