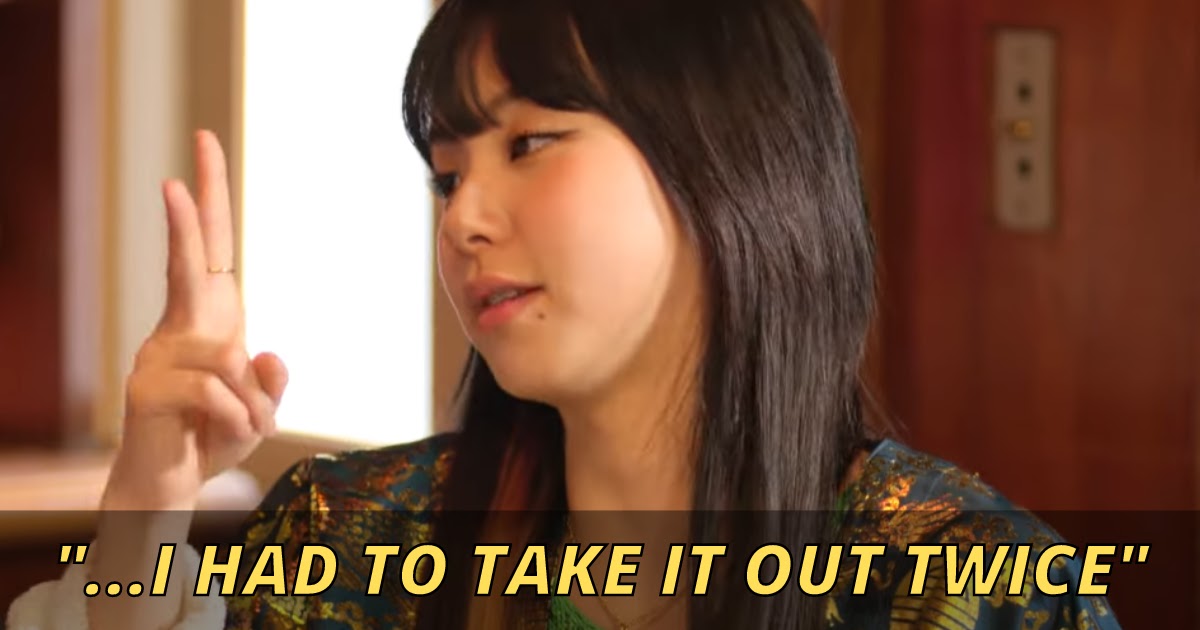 TWICE‘s Chaeyoung recently appeared on a rapper Lil Cherrya new variety segment, Get this cherries together.

They both explained that they were introduced by the singer BIBI and brought together their common MBTI personality type, the INFP, which has led to many similarities between them.

Lil Cherry hilariously mentioned that they had a good time the first time they met, but at the same time they both wanted to go home, crediting their INFP MBTI type as the reason.

As they share similar social tendencies, Lil Cherry introduced the “INFP bell” which was placed on the table between them to make Chaeyoung call if she felt uncomfortable and wanted to go home or skip the conversation.

Chaeyoung answered the bell saying, “I would like this bell to appear in other exhibitions as well.”Their shared understanding of creating comfortable boundaries allowed for more honest conversations.

During the conversation, Lil Cherry noted that ONCE frequently complimented Chaeyoung’s striking side profile. Lil Cherry then hilariously asked a TWICE member why she thought so. Chaeyoung quickly replied that she believed the side profile on the left side of her face was eye-catching due to the mole under her lip.

Lil Cherry asked the idol if she had any other moles on her face, to which she unexpectedly admitted that she had one under her eyebrow until she appeared in the survival show SIXTEEN.

Chaeyoung then revealed the reason why she no longer had it; it was about JYP Entertainment founder Park JYrequest. She just said: “[J.Y. Park] he said to take it out.“

It wasn’t easy to remove; Chaeyoung then revealed that she had to try to remove it twice in order for it to disappear completely.

It turns out that this was the next thing the two of them had in common since Lil Cherry also removed the mole from her face while she was in high school. The two reunited as she pointed to her faint remnants on her forehead.

Check out the article below to find out why Chaeyoung wasn’t a fan of earlier TWICE concepts.