Cheetahs return to India after 70 years 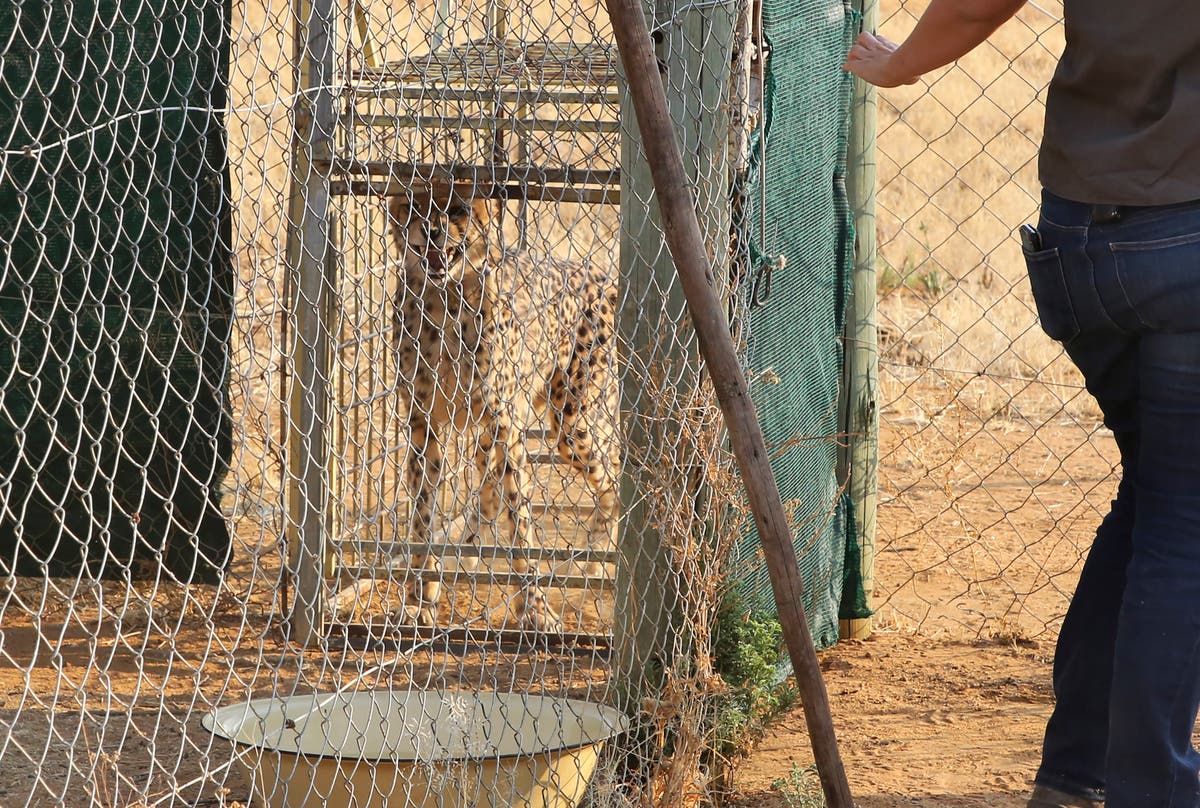 Seven decades after India’s cheetahs became extinct, they have returned.

Eight big cats from Namibia made a long trek on Saturday on a chartered cargo flight to the town of Gwalior in northern India as part of an ambitious and hotly contested plan to bring cheetahs back into the South Asian country.

They were then transferred to their new home: a vast national park in the heart of India, where scientists hope the fastest land animal in the world will roam again.

India’s Prime Minister Narendra Modi released the cats to their pen on Saturday morning. The cats emerged from their cage, uncertain at first, constantly scanning their new surroundings.

“When the cheetah starts running again … the meadows will be restored, biodiversity will increase and ecotourism will be stimulated,” Modi said.

Cheetahs were once widespread in India and became extinct in 1952 as a result of hunting and habitat loss. They remain the first and only predator to become extinct since India gained independence in 1947. India hopes that the import of African cheetahs will help protect endangered and largely neglected grasslands.

There are fewer than 7,000 adult cheetahs left in the world, and they now inhabit less than 9% of their original range. Declining habitats, caused by a growing human population and climate change, are a huge threat, and India’s grasslands and forests can offer “suitable” homes for the big cat, said Laurie Marker of the Cheetah Conservation Fund, a support and research group. bringing cats to India.

“To save cheetahs from extinction, we need to create permanent places for them on earth,” she said.

Some experts are more careful.

There could be “cascading and unintended consequences” when a new animal is introduced into the mix, said Mayukh Chatterjee of the International Union for Conservation of Nature.

For example, India’s tiger population boom has led to more conflicts with people sharing the same space. With cheetahs, questions arise as to how their presence would affect other predators such as striped hyenas and even prey such as birds.

“The question remains: how well is it done,” he said.

The first eight cheetahs from Namibia will be quarantined at a facility in the national park and monitored for a month to make sure they do not transmit pests. They will then be released into a larger paddock in the park to help them get used to the new environment. The runs contain natural prey – such as the spotted deer and antelope that scientists hope to learn to hunt – and are designed to prevent other predators such as bears and leopards from entering.

The cheetahs will be fitted with tracking collars and released into the national park in approximately two months. Their movements will be routinely tracked, but most of them will be on their own.

The reserve is large enough to accommodate 21 cheetahs, and if they established territories and breed, they could spread to other interconnected meadows and forests that scientists believe could accommodate another dozen cheetahs.

There is only one village on the outskirts of the park, where several hundred families live to this day. Indian officials said they would be relocated soon and any livestock losses due to cheetahs would be compensated. The project is estimated to cost $ 11.5 million over five years, including $ 6.3 million to be paid by state-owned Indian Oil.

It took decades to move from continent to continent. The cats that originally roamed India were the Asian cheetahs, genetically distinct cousins ​​of those living in Africa and whose range extended as far as Saudi Arabia.

India hoped to bring Asian cheetahs, but only a few dozen have survived in Iran, and the population is too vulnerable to movement.

Many obstacles remain, including the presence of other predators in India such as leopards that can compete with cheetahs, said conservation geneticist Pamela Burger of the University of Veterinary Medicine in Vienna.

“It would be better to keep them where they are now than to put effort into creating new sites with questionable outcome,” she said.

Dr Adrian Tordiffe, a South African veterinarian on the project, said the animals needed a helping hand. He added that conservation efforts in many African countries have not been as effective, unlike India, where strict conservation laws have preserved large cat populations.

“We can’t sit back and hope species like the cheetah will survive on their own without our help,” he said.

The Associated Press Department of Health and Science receives support from the Department of Scientific Education at the Howard Hughes Medical Institute. The AP is solely responsible for all content.