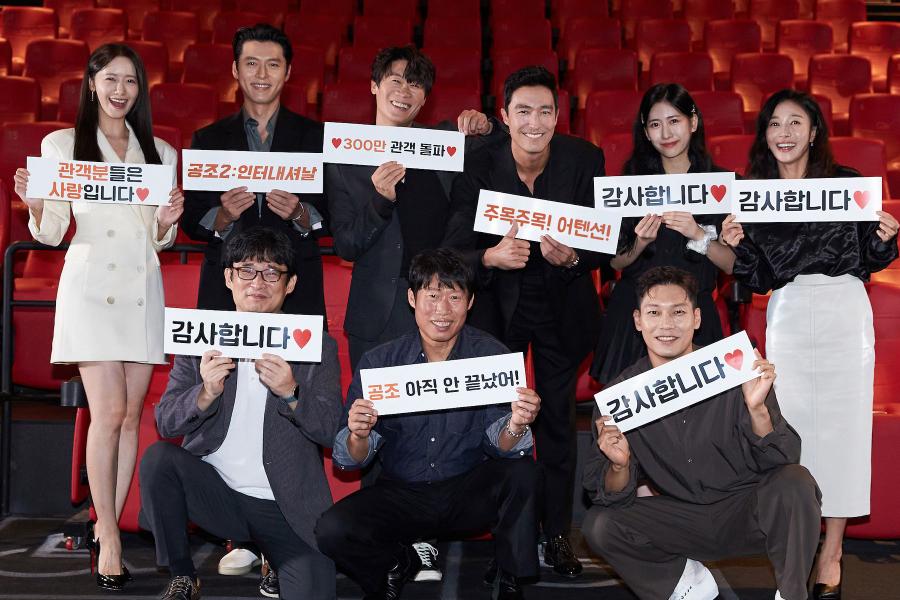 Just a day after hitting 2 million viewers, the movie surpassed 3 million at the Korean box office around 12:50 KST on September 12, the sixth day of its premiere on September 7.

It’s faster than the first movie “Confidential Assignment,” as well as other blockbuster this summer, including “Top Gun: Maverick,” which surpassed 3 million in 12 days, and “Hansan: Rising Dragon,” which achieved its feat on its eighth day .

Confidential Assignment 2 stars Hyun Bin as North Korean detective Rim Chul Ryung and Yoo Hae Jin as South Korean detective Kang Jin Tae, who previously teamed up to catch a criminal in the original movie, Confidential Assignment. In the new sequel, the duo reunite to pursue the leader of a North Korean criminal organization that is wreaking havoc around the world (played by Jin Sun Kyu), and are joined by their sister-in-law Kang Jin Tae (Girls’ Generation’s YoonA) and an FBI agent from the United States (Daniel Henney).

Congratulations to the cast and crew of “Confidential Assignment 2”!