Covering the president can be a matter of life or death. Naomi Biden’s wedding coverage is not 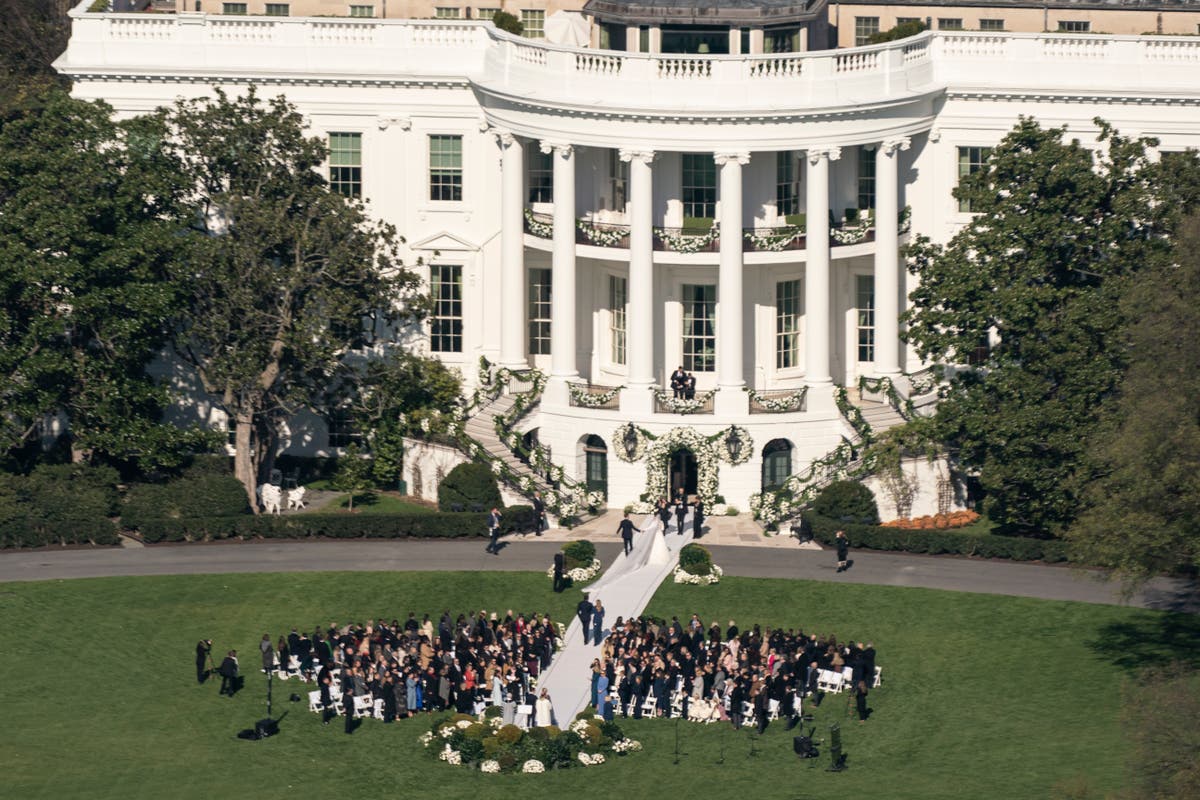 Among the more arduous duties of being assigned to the White House Press Corps is something called “pool duty.”

Each day, reporters from the three major news outlets (Associated Press, Bloomberg and Reuters) will join a radio network correspondent, a TV correspondent and film crew, and a correspondent from one of approximately 30 print or online publications to report on everything that is relevant to what the president is doing. does that day.

This small group follows the incumbent president wherever they go, be it by car, plane or helicopter. Even if the press is not allowed where the president may be, they “stick” outside, usually in a van or other suitable and nearby location. But the cardinal principle of what some call “body watching” is that reporters and photographers should always be on hand to see the president arrive and leave.

White House reporters don’t like being kept away either. After then-president-elect Donald Trump abandoned his press pool multiple times in a week in late 2016, the White House Correspondents’ Association issued a stern statement declaring it “unacceptable for the next president of the United States to travel without a regular pool to record his movements and inform the public of his whereabouts.

There is an important – and macabre – reason for this.

Just over 59 years ago, the press first heard that during a visit to Dallas, Texas, shots were fired at President John F. Kennedy’s motorcade.

Merriman Smith, a United Press International reporter in a press car trailing behind Kennedy’s limousine, heard three shots fired by Lee Harvey Oswald from the Texas School Book Depository. He picked up a primitive press radio and dialed the number.

Another 17 years later, the world saw for the first time the horrific images of the assassination of then-President Ronald Reagan as he left the Washington Hilton Hotel in 1981.

Footage shot by the NBC News pool crew captured the horrific moment when a mentally ill man fired six shots at Reagan, shifted to the right to show the swarm of police and Secret Service agents fighting the killer, shifted back to the left as Reagan’s limousine drove away, he then zoomed in on the horrific sight of White House Press Secretary James Brady lying face down, blood oozing from a gash on his head.

Given the history, you’d think journalists were outraged a week later Fashion published a glossy exclusive article on the White House wedding of President Joe Biden’s granddaughter Naomi Biden was informed by his knowledge that having a “pool” wherever the president goes is deadly serious business.

Later Fashion published his story, my colleagues at the Associated Press, Bloomberg News, CNN, The Washington Post, The New York Times, and Daily mail everyone took to Twitter to voice their displeasure with Brady’s current successor, Karine Jean-Pierre.

Last week, Ms Jean-Pierre said Ms Biden’s wedding was being held as a private event and stressed that no reporter from any news site would be allowed to cover the joyous occasion.

So when the fashion magazine story hit the internet on Tuesday, many of those same reporters began lamenting and sarcastically tweeting Fashion story with Mrs. Jean-Pierre’s earlier statement attached, of which the clear implication was that she had lied to them, even though Fashion he had no reporter at the White House during the wedding. Instead, a warehouse had been allowed into the White House residence for a photo shoot a few days earlier, and photos had been provided of the ceremony and subsequent reception by a wedding photographer hired by the Biden family to document the occasion.

But such details seemed to be missed by my colleagues, who tend to be some of the best, most well-resourced reporters on the White House beat, and whose work routinely infuriates me with envy for their ability to extract the tiniest details of what goes on inside the West Wing at any time. day.

Some critics of Ms Jean-Pierre have suggested that the Biden family’s refusal to grant pool the same admission to Naomi Biden’s wedding that they would have for any other White House event is motivated by the same outcry that led the WHCA to denounce Mr Trump when he abandoned his press entourage .

On Fox News, Trump’s former White House press secretary, Kayleigh McEnany (one of the most notorious liars of Brady’s post when a bullet intended for his boss rendered him unable to walk and talk) pointed to reporters’ complaints as proof that the alleged duplicity of her successor was the order of the day.

The problem for everyone involved is that Mrs Jean-Pierre was telling the truth. Fashion did not cover the wedding, had a story prepared and supplemented it with photos provided by the Biden family – photos that no working photojournalist had taken.

What my colleagues are complaining about is not an affront to press freedom, but it is a reality for the vast majority of us assigned to protect the president.

Every one of the reporters who took the time and effort to complain about a fashion magazine having to cover the wedding is working for a store that spends considerable sums of money to attend pool coverage wherever the president goes. Two of their employers (AP and Bloomberg) have allocated seats on Air Force One, while AP has the privilege of starting each daily briefing and deciding when it ends.

Wires, TV networks and major newspapers (such as mail, times, and Post) have already dominated the few opportunities reporters have to question the president and his aides. They spend the most time face-to-face with officials thanks to their travel pool share. On a daily basis, they get exclusive items of much greater importance than a wedding at the White House.

Those of us in smaller outlets (like your humble correspondent) have to make do with what’s left, and have long grown accustomed to the insult of seeing competitors hand over information we may have asked for days or weeks before.

This kind of strategic engagement with large establishments is of course within the purview of the White House. Is it fair? Not even close. But that’s how it always worked.

Being conquered is never fun. But to compare being kept away from a private family party with the White House stopping you from being there to do what these heroic journalists did in those dark days of 1963 and 1981 is ridiculous and absurd.