Drivers hit a 50% increase in parking fines as 30,000 tickets were issued each day 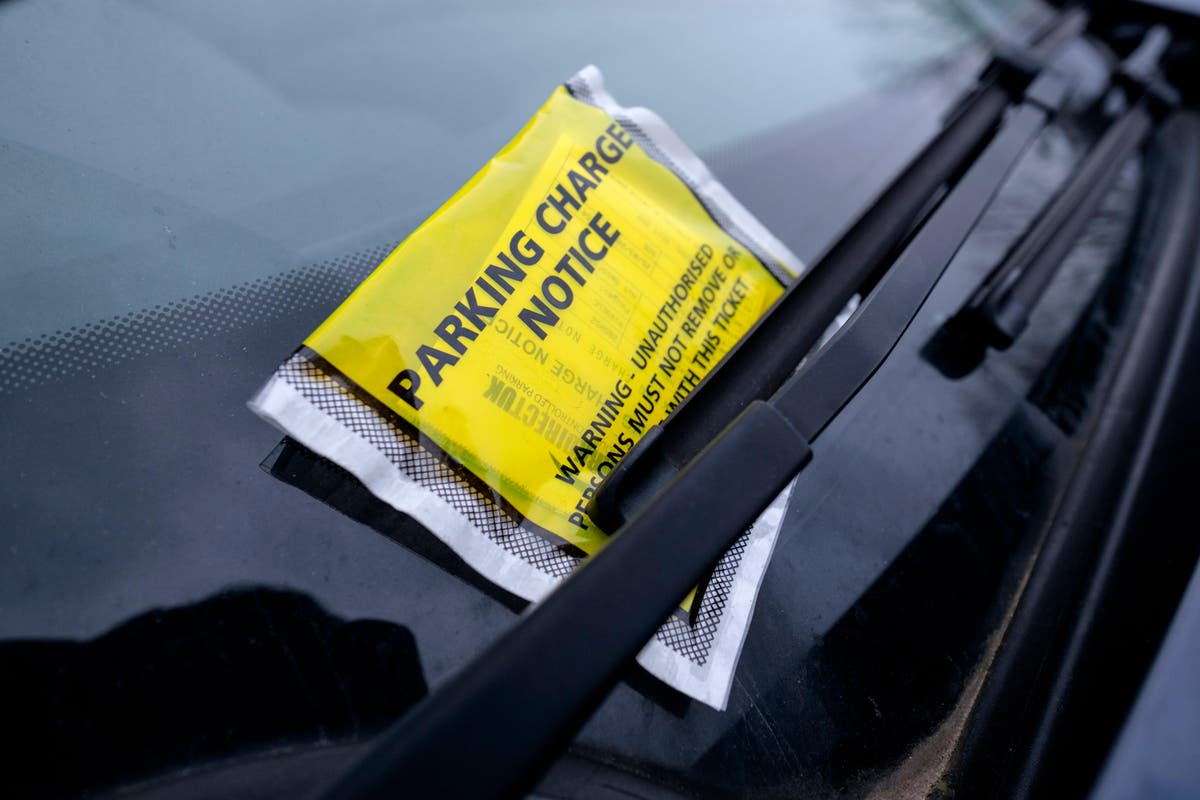 Drivers were hit by a 50 percent increase in parking fines issued by private companies.

A record 2.7 million tickets were distributed between April and June, according to an analysis of Driver and Vehicle Licensing Agency (DVLA) data by PA news agency.

If the pace continues, the number of tickets issued annually will reach 10.8 million.

The automotive research charity, the RAC Foundation, said it was “inconceivable” that so many motorists were deliberately breaking parking rules.

In July, the government withdrew a long-awaited code of practice aimed at tackling some of the sector’s worst practices after being legally challenged by parking companies.

DVLA figures show the number of records obtained from the agency by companies prosecuting car owners for alleged violations in private car parks such as shopping centres, leisure facilities and motorway service areas.

“Over the last decade, the number of fines issued to motorists on private land has increased from less than 2 million a year to possibly close to 11 million this year,” he said.

“It’s a big business with more participants all the time.

“The attraction can only be one thing – the chance to make substantial profits before the government makes changes – which now appear to be delayed – to level the playing field.

“It remains inconceivable that millions of motorists set off on these tickets for up to £100 each every year, especially when household budgets are so tight.

“These latest figures are a sign of a broken system.

Jack Cousens, the AA’s head of road policy, accused private parking companies of “targeting” and issuing “as many notices as possible” before the code was implemented.

He added: “Most drivers panic when they get a letter and pay for fear of being charged more.

“The reality is that many were innocent and should not be charged at all.”

The Code of Conduct, which was due to come into force across the UK by the end of next year, said the cap on fines for certain parking offenses should be halved to £50.

A withdrawal pending a fee review may lead to a further delay in its execution.

Lisa Webb, a consumer rights expert at Which?, suggested that drivers receiving tickets from companies not accredited by the trade body “might want to ignore them”.

This is because these companies do not have access to the DVLA database, so “they are usually unable to pursue you for payment,” she explained.

A spokesperson for the Department for Leveling Up, Housing and Communities said: “We are aware that a small number of cowboy businesses engaged in unacceptable practices.

“We will be rolling out our Private Parking Code of Practice as soon as possible to help address this issue and protect drivers.”

Some 176 car park management companies asked for vehicle owner registration between April and June, up from 151 in the previous 12 months. ParkingEye was the most active with 521,000 records.

The DVLA charges private companies £2.50 per record. The agency says its fees are intended to recoup the cost of providing the information, and it does not make money from the process.