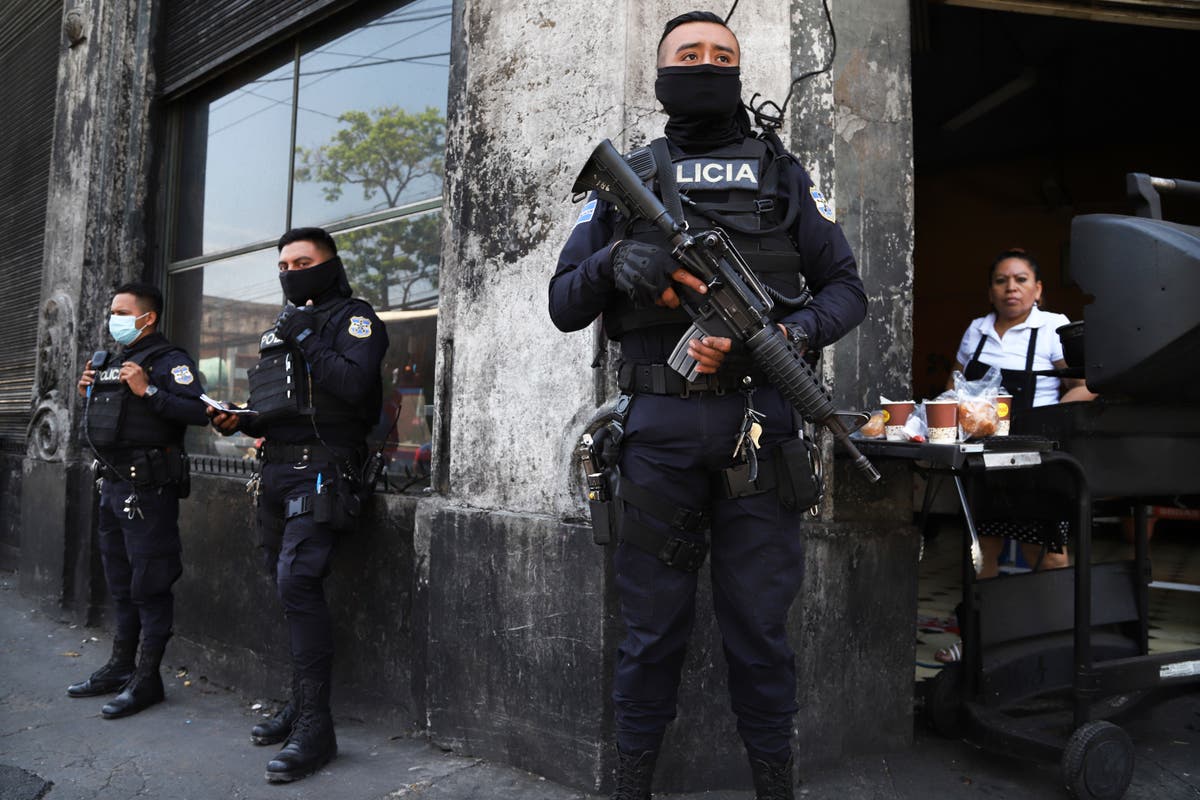 El Salvador’s president announced on Wednesday that he would close parts of cities to search for members of street gangs in the latest phase of an increasingly tough nine-month fight against crime.

President Nayib Bukele told an assembly of 14,000 army troops that some sectors of El Salvador’s cities would be surrounded by police and soldiers, and anyone entering or leaving would be checked. Bukele said the tactic worked in October in the city of Comasagua.

Bukele called it “phase five” of the crackdown, which has seen more than 58,000 people imprisoned since a state of emergency was declared following a spate of killings in late March.

“Now comes phase five, which is to eradicate the criminals that still remain in the communities,” Bukele said.

In October, more than 2,000 soldiers and police surrounded and sealed off Comasagua to search for street gang members accused of murder. Drones flew over the city, and anyone entering or leaving the city was interrogated or searched. About 50 suspects were detained in two days.

“It worked,” Bukele said. The government estimates homicides fell by 38% in the first 10 months of the year compared to the same period in 2021.

Bukele asked Congress to grant him emergency powers after gangs were accused of 62 killings on March 26, and this emergency decree has been renewed monthly since. It suspends some constitutional rights and gives police more powers to arrest and detain suspects.

The decree suspends the right of association, the right to be informed of the reasons for detention and access to a lawyer. The government can also intervene in the telephones and mail of anyone it deems suspicious. The length of time a person can be held without charge increases from three to 15 days.

Human rights advocates say young men are often arrested based on their age, appearance or whether they live in gang-dominated slums.

El Salvador’s gangs, which are estimated to number around 70,000 members, have long controlled swaths of territory and extorted and killed with impunity.

But Bukele’s crackdown reached another level earlier this month, when the government sent prisoners to cemeteries to destroy the graves of gang members, at a time of year when families usually visit the graves of their loved ones.

NGOs recorded several thousand human rights violations and at least 80 deaths in custody of those arrested during the crackdown.