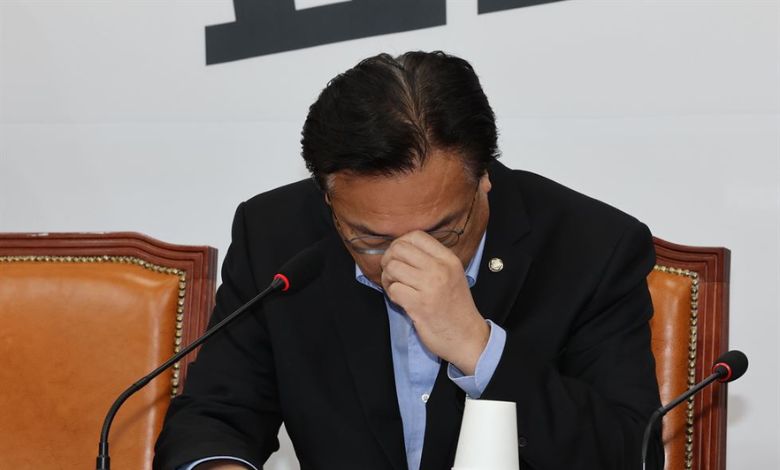 On November 22, some families bereaved by the Itaewon disaster held a press conference to announce their position at the Conference Hall of Lawyers for a Democratic Society in Seocho-gu, Seoul.

Mother A, a foreigner, said that her son A came to a language school at a Korean university to study to learn Korean identity more deeply, but he lost his life in the Itaewon disaster. She said: “The hardest thing about saying goodbye to my child is that the people who lead the country can’t admit their fault”, adding: “It’s really frustrating.”

“I am taking my son back to Vienna (Austria) in my arms. I need an apology from the government, but my son’s funeral in Vienna is on the 28th,” she said. “I will do everything in my power for foreigners who have left unjustly. I hope that bereaved families will come to their senses to expedite and address the injustice of our children’s deaths.“

Victim C’s father said:The Itaewon disaster was an indirect murder caused by a lack of security sensitivity,“adding”, “There were no government personnel in such a deadly scene in the middle of Itaewon Road.“

The meeting was also attended by the mother of actor Lee Ji Han who died in the crash. She said, “He went on a pre-drama diet for his job. At 14:00 that day he ironed his trousers and said he was going to eat something today. My heart was broken after seeing him in the hospital because his cheeks were sunken and his stomach was so flat. If Yongsan-gu County Office, Yongsan Police Commissioner, Police Commissioner, Mayor of Seoul, Minister of Public Administration and Premier know that their child is crying for help here, will they ever be able to walk and eat on this street?“

When asked about “disclosure of the list of victimsYoon Bok Nam, a lawyer for the Itaewon Disaster Response Task Force, noted the government’s lack of action, saying:The list is private as there is no preventive action by the government. The key is not whether it’s right or wrong to publish this list but the government needs to ask bereaved families for permission to release it to commemorate the victims, it’s confusing,” He said. “The key is to disclose the list (with permission).“

The bereaved family said:Releasing the list without consent is a second offense for us. It also pains us again that there was no portrait or plaque on the memorial altar. Have you ever seen such a memorial altar?

During a press conference, the bereaved families made six demands to the government, including ▲ a sincere apology, ▲ taking strict and thorough responsibility for the incident, ▲ a process to verify and ensure the identity of the victims, ▲ active support for the victims, ▲ a memorial facility, ▲ a position statement and specific measures to prevent recurrence of the incident.

The Itaewon disaster occurred on October 29 in the area of ​​119-7 Avenue next to the Hamilton Hotel in Itaewon-dong, Yongsan-gu, Seoul. As too many people congregated in the narrow streets, a collision occurred, resulting in the deaths of 158 people.