Gareth Southgate: England will not be pushed to Germany’s World Cup protest in Qatar 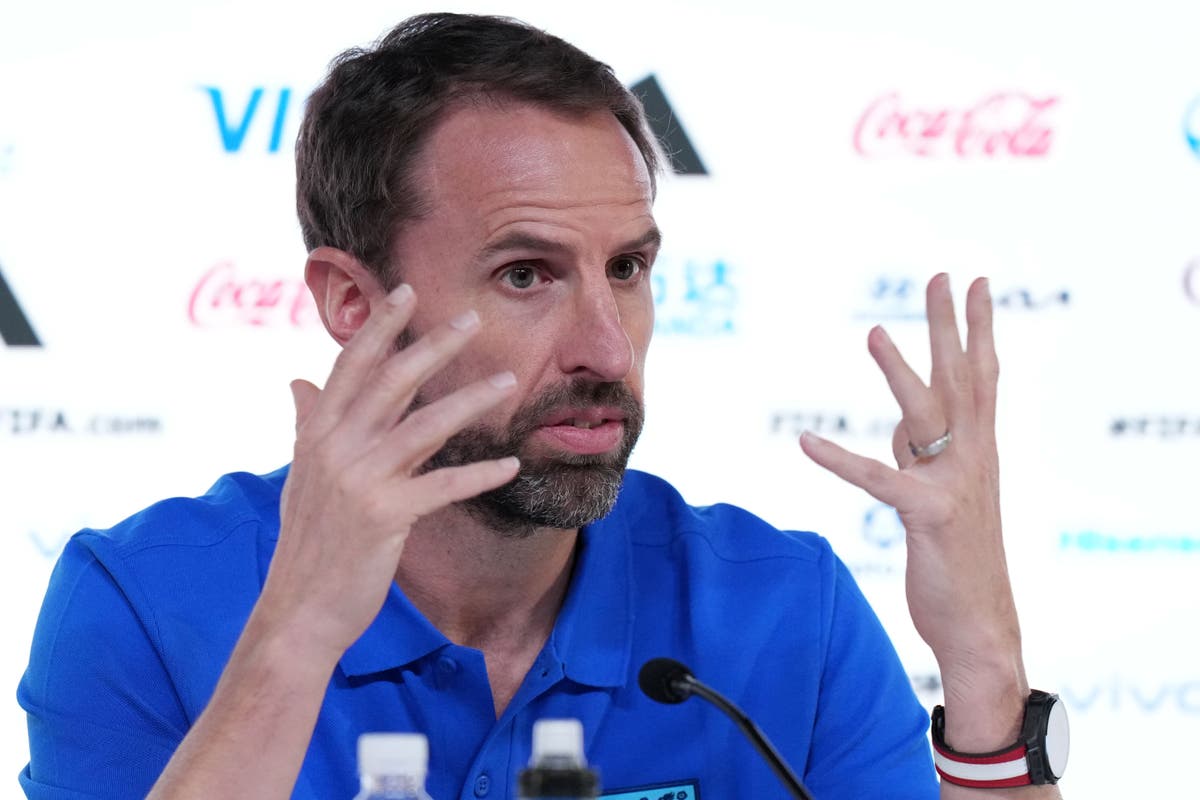 Gareth Southgate has not ruled out that his England team will make a gesture to draw attention to human rights at the World Cup in Qatar, but says they will not be forced to do so.

The German team covered their mouths in a team photo ahead of their World Cup opening match against Japan on Wednesday, while the Australian team posted a video of the problems in the host country.

Seven European countries competing at the World Cup – including Germany, England and Wales – planned to wear OneLove anti-discrimination wristbands during the tournament, but were advised against doing so due to the threat of sporting sanctions from FIFA.

Southgate, whose team will face the United States in the second game on Friday, said: “I don’t think we’ve felt any pressure – I think we’ve been talking about these specific topics for over a year now and have supported in every way good causes as individuals or collectively.

“I think there’s a risk of everyone trying to escalate – if we were trying to make a better movie than Australia, it would be impossible; or try to come up with a better gesture than the Germans.

“I think we need to feel comfortable knowing what we stand for. That’s not to say we won’t do anything to move forward if the time is right, but I think we’re rushing to see if we’re doing something, we might make a mistake that won’t land well.

Southgate has admitted that England have come under criticism for abandoning their armband plan. Two other members of the OneLove group, Belgium and Switzerland, also refused to make gestures during their opening matches.

“We’re definitely very supportive of our LGBTQ fans and I know some of them feel a little disappointed that the armband isn’t being worn,” added Southgate.

“We will be criticized for that, but sometimes we just have to accept the criticism and move on with it. I think if we are confident in ourselves and where we are, we shouldn’t worry about having to do something [in order] be seen doing it.”

The PA news agency understands that Germany will not face any disciplinary action from FIFA under article 11 of the code. It states that anyone who “uses a sporting event for a demonstration of an unsportsmanlike nature” can be punished.

The OneLove group is believed to be considering legal options, but the German football federation confirmed that no appeal had been filed with the Court of Arbitration for Sport as of Thursday morning.

Meanwhile, Amnesty International UK praised England’s show of “solidarity” with those affected by human rights issues in Qatar and called on England and Wales to reject Fifa’s firm rhetoric and make further statements.

Amnesty International UK’s chief executive, Sacha Deshmukh, said: “It’s heartening to see players from England show solidarity with LGBTQ+ people and exploited migrant workers in Qatar and it would be completely understandable if they wanted to do it again ahead of the game in the US, whatever the hardships FIFA’s decisions. -manual attempts to suppress gestures of solidarity during the tournament.

“Neither the English nor Welsh federations should sit meekly and accept Gianni Infantino’s order to ‘focus on football’.

“It is time for all national football associations at the World Cup to stand up and reckon with the human rights situation in Qatar, and this would take some of the pressure off the players and send a strong signal to FIFA that its human rights position in Qatar rights is unacceptable.