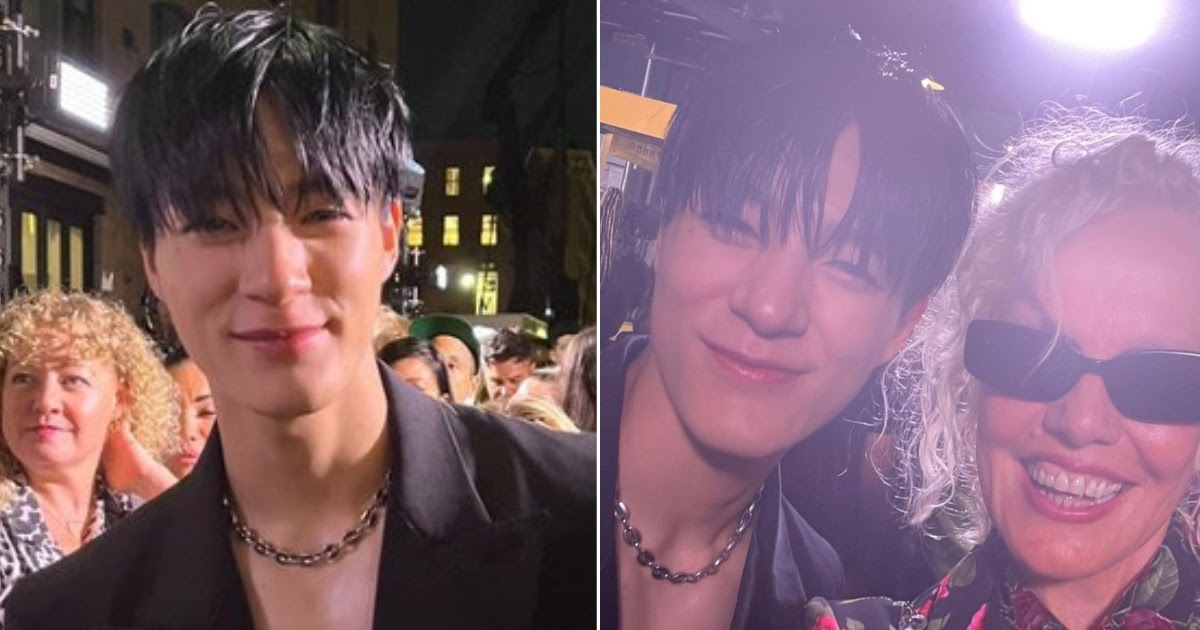 NCT‘s Jeno He recently made headlines after making history by becoming the first K-Pop idol to open a New York fashion show. Dressed in a sexy AF outfit and showing off his natural charm and charisma, the idol has definitely become the highlight.

Despite the fact that it was his first time at a big event, Jeno completely shone and won the hearts of everyone who saw him.

In addition to being delighted with his visuals, Jeno has also met many A-list celebrities and even cemented his influence by sitting next to them in the front row of the fashion show.

However, alongside many of the celebrities he met at the event, Jeno took a photo with world-renowned German photographer Ellen von Unwerth. Photography has been known to take some of the most beautiful photos with concepts that are truly wonderful.

She was one of the attendees at the event and was lucky to meet Jeno on the red carpet. As expected and like everyone else she met, Ellen von Unwerth shared her photo of Jeno on social media.

Internet users quickly noticed that something was wrong with their post and caused anger when they saw the signature. Ellen von Unwerth was clearly excited to meet her idol and wanted to describe him. However, instead of tagging Jeno or NCT, she wrote that she was dating BTS.

So excited to meet @btsofficial member.

As expected, Internet users quickly aroused anger at what happened. While some pointed out that this could be a bug, others explained that she should have checked it before publishing.

Many believed this was linked to the stereotype some Westerners claim that all Koreans looked the same, saying that she simply assumed Jeno was in BTS because he was a Korean idol.

Ellen Von Unwerth is a famous German photographer and knows / works with many celebrities but labeling Jeno as BTS is not that, ma’am. The least you can do if you don’t know the person is respectfully do your research before tagging the wrong person or account. pic.twitter.com/PF19cyFdYR

it’s just racist to think that every Asian / Korean that goes there is from BTS. LEE JENO is from NCT, not BTS.

Internet users have also started spamming comments on the photographer’s Instagram posts, explaining that it is not BTS, but Jeno.

After the photo was published, Internet users kept an eye on the photographer’s social media account. They later discovered that she deleted the post and then shared the same photo again, apologizing for what she did and tagging Jeno in the new post.

Whether it was a real mistake or ignorance, many internet users have always criticized the treatment of K-pop idols by some Western celebrities. Many feel that she should have done some research before setting it up because misidentifying someone on such a huge platform is disrespectful.

You can read more about Jeno’s performance at the party below.