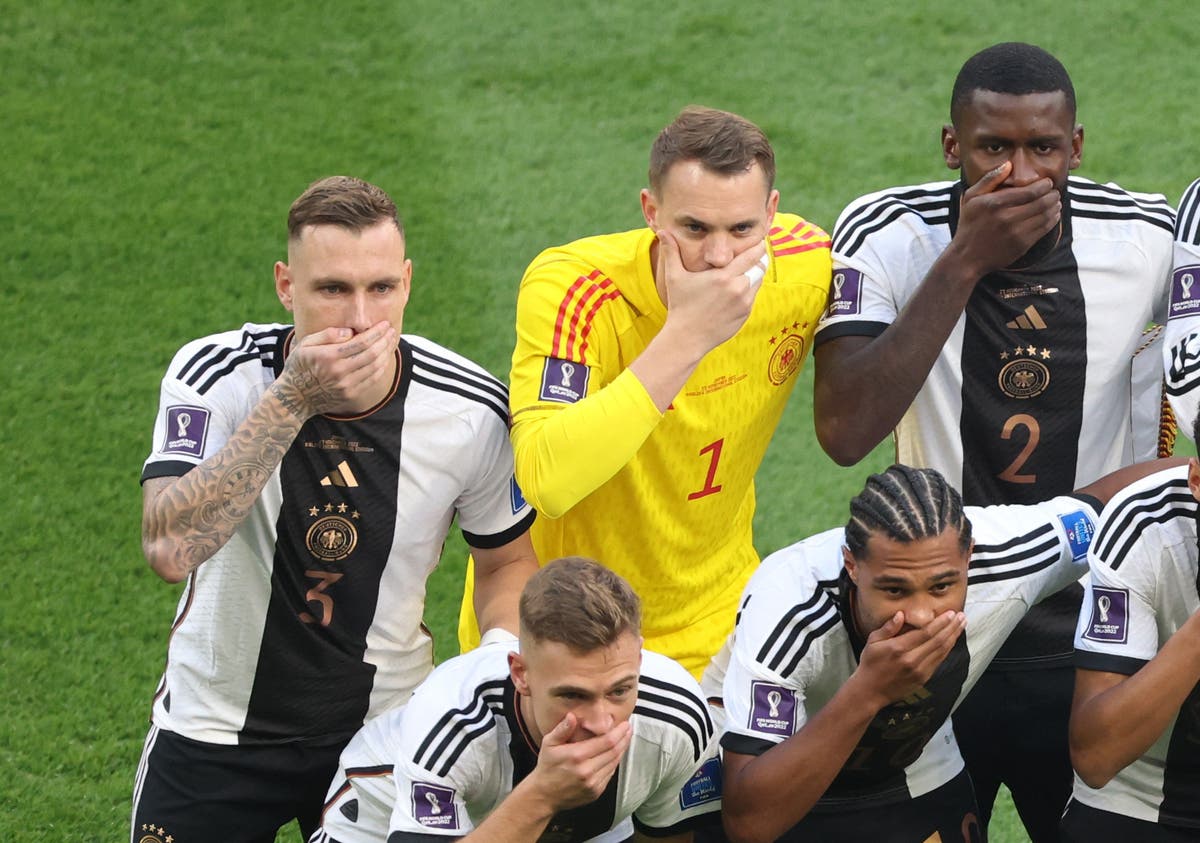 Germany says FIFA has “refused us to speak” after their players covered their mouths in a statement at the World Cup ahead of their Group E match against Japan.

This is the latest change in a row with the world’s governing body on the “One Love” initiative as FIFA censor Germany and other teams in Qatar, where homosexuality is illegal.

The four-time World Cup winners lined up to have their photo taken on the pitch ahead of the Group E match at the Khalifa International Stadium, covering their mouths together.

A statement from the German federation read: “We wanted to use our captain’s armband to stand up for the values ​​we stand for in the German national team: diversity and mutual respect. Together with other nations, we wanted our voice to be heard.

“It wasn’t about making a political statement – human rights are not negotiable. This should be taken for granted, but still it is not. That’s why this message is so important to us. Denying us a wristband is the same as denying us a voice. We stand by our position.”

The German players wore rainbow sleeves over their training shirts during the warm-up.

German Federal Minister of the Interior and Communities Nancy Faeser was seen in the stands wearing the One Love armband before kick-off.

German Vice-Chancellor Robert Habeck has declared his intention to wear a multi-colored OneLove armband to Qatar 2022 in preparation for the match against Japan.

When asked by broadcaster ZDF whether players should wear the armband, Habeck replied: “I am not a media adviser to the DFB [German football association] and I’m not Manuel Neuer, but there’s an opportunity.

“I’m a politician trying to do my job properly, but what would happen if it happened now? I would like to know and I would take the risk,’ he added.

Fifa has tried to crack down on players wearing armbands to support diversity at this year’s World Cup.

In response, Rewe, one of Germany’s largest supermarket chains, dropped its advertising campaign with the DFB.