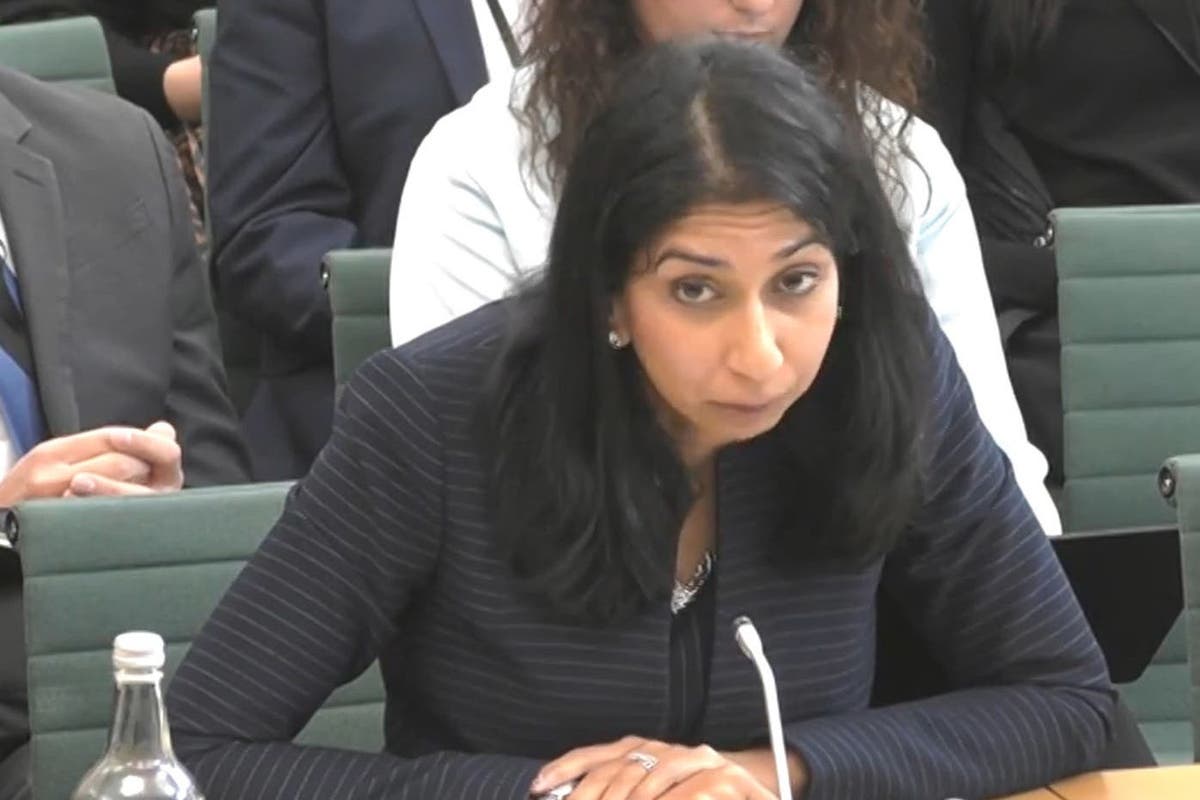 The government has been accused of “putting more people’s lives at risk” in the English Channel as crossings continue for a year after at least 27 people drowned, including children and a pregnant woman.

Suella Braverman admitted ministers had lost control of Britain’s borders on Wednesday, while a top Home Office official said there was no evidence that Rwanda’s plan would be effective as a deterrent.

A year after a dinghy sank while trying to cross in the worst disaster of its kind, charities warned that the government was driving more and more people into the dangerous dinghies with “a hostile policy that prioritizes keeping people out over keeping them safe.”

Appearing before Parliament’s Home Affairs Committee, Ms Braverman offered “condolences and thoughts” to the victims’ relatives, but said they had made a “deadly, dangerous journey”.

“This is a tragedy on an unacceptable scale,” she added. “I am very sorry and saddened by what happened and any loss of life in this case is a great sadness.”

Conservative MP Tim Loughton has confronted the Home Secretary over the “lack of safe and legal pathways” for asylum seekers.

Ms Braverman struggled to answer what options, other than a small boat crossing, would be available to a 16-year-old boy fleeing war in Africa and trying to join relatives in the UK.

“If you are able to get to the UK, you will be able to apply for asylum,” she said.

However, when asked how the boy would have reached the UK if he did not have the means or documents necessary to board the plane, the Home Secretary did not answer and asked Home Office representatives to provide an answer.

The government was warned three years ago that small boat crossings were on the rise due to efforts to secure French ferry and truck ports and a lack of alternatives.

“A policy that focuses solely on closing borders will force migrants to take more dangerous routes and drive them into the hands of criminal groups,” reads a November 2019 parliamentary report.

“In the absence of robust and accessible legal avenues to seek asylum in the UK, asylum seekers have no choice but to make dangerous journeys by land and sea.”

Tory Lee Anderson said the Home Office was “not doing its job” and asked the Home Secretary if she was spending millions a day on hotel accommodation for asylum seekers because her department “doesn’t control our borders”.

Ms Braverman replied: “Yes, we have failed to control our borders. That’s why the Prime Minister and I are absolutely determined to solve this problem.”

Charities accused ministers of “refusing to accept reality” in an attempt to discourage breaking Rwanda’s blueprint and new laws rather than creating alternatives.

Tim Naor Hilton, chief executive of Refugee Action, said the situation “puts more lives at risk”, adding: “While leaders waste time on cruel and costly deterrence schemes – such as the Rwanda deportation deal – the lack of safe routes means that more people than ever feel they have no choice but to make the perilous journey across the English Channel. It’s time for a new approach.”

He called the November 24, 2021 boating disaster “a preventable tragedy resulting from hostile government policies that prioritize keeping people away from safety.”

Vigils for the victims will be held in Folkestone, Dunkirk and Parliament Square on Thursday evening as relatives demand answers as to why they were not rescued.

A French investigation into the disaster found that the dinghy’s occupants repeatedly called for help for more than two hours.

Leaked documents show that when a survivor pleading for help told French authorities that people were in the water, they replied: “Yes, but you are in English waters.”

A separate probe into the UK’s response by the Marine Accident Investigation Branch (MAIB) is believed to be in its early stages with no date set for release of the results.

Relatives of the drowned victims say British investigators have not yet contacted them and have vowed to get justice.

Zana Mamand Mohammad, the brother of one of the victims, said: “My teenage brother, a year after your disappearance, I was constantly trying to find something about you and knocking on every door. I keep staring at my phone, hoping for a text or call from you. I’m doing my best to get justice for you.”

Clare Moseley, founder of charity Care4Calais, accused authorities of being “callous and apathetic”, adding: “Families need answers now and we need to know what lessons need to be learned from this tragedy before more people die.”

Under UK law, people must be physically present in the country to apply for asylum, but there is no visa to enter the UK for this purpose.

The latest official figures show that 93 percent of those who have crossed by small boat so far this year have applied for asylum.

The Rwanda deal is designed to force people to leave for an East African country without their claims being considered because they traveled through France or other safe countries.

Ms Braverman, who previously said it was her “dream” to see the plane take off to Kigali, told the commission she was “very confident we would be able to operationalize it” despite ongoing legal challenges.

Priti Patel gave a rare ministerial order to push through the policy earlier this year after Home Office Permanent Secretary Matthe Rycroft said there was no proof of the value of public money.

He told the Home Affairs Committee that his assessment had not changed and confirmed that the government had already given £140m to Rwanda.

“The purpose of the program is to deter,” said Rycroft. “Success will not be measured by how many thousands of people are transferred to Rwanda, but more so by how many people do not make the perilous crossing of the Channel.”