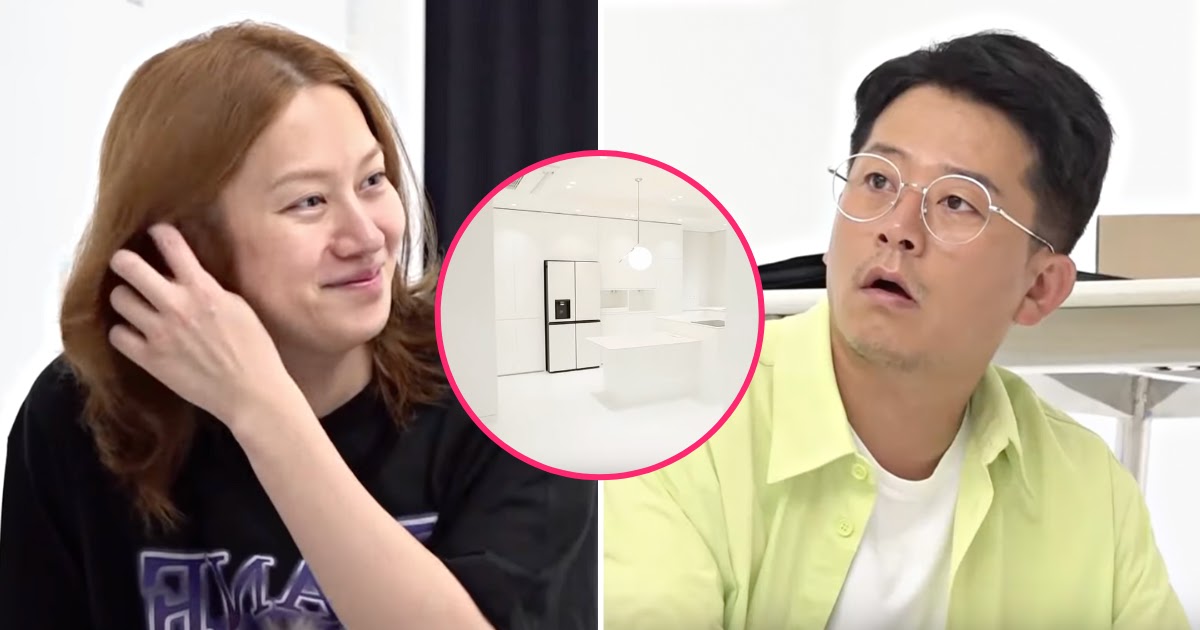 The show focuses on mothers of famous celebrities who comment on recordings of their sons and daughters’ daily activities. Plus, when Heechul’s cast members were researching his house, they couldn’t help but make a lot of comments themselves!

From the start, they teased Heechul about his design choices, making fun of it “Looks like a gallery.”

A closer look at the inside of the house proved that they were not entirely wrong. Virtually every inch of the premises is strikingly white.

When they visited the kitchen, Kim Jong Kook commented that everything was too white and other guests cut in with more fun jokes about what the house looked like, even hilariously saying it looked too much like a hospital.

… And as the actors continued on tour, they said they were starting to feel dizzy.

As the guests sat down in the empty lounge waiting for their meal, Sangmin He amusingly commented that in reality the house looked like a post-apocalyptic research lab like in a zombie movie.

Of course, Heechul is not going to leave this place as is. He claimed that his future wife would change things to her liking!

While the raw white design of his house is very unusual (Kim Jong Kook even joked that there are no such houses anywhere in the world), Heechul still has to furnish it, so we haven’t seen the final result yet!

Watch a full tour of his house at the link below.