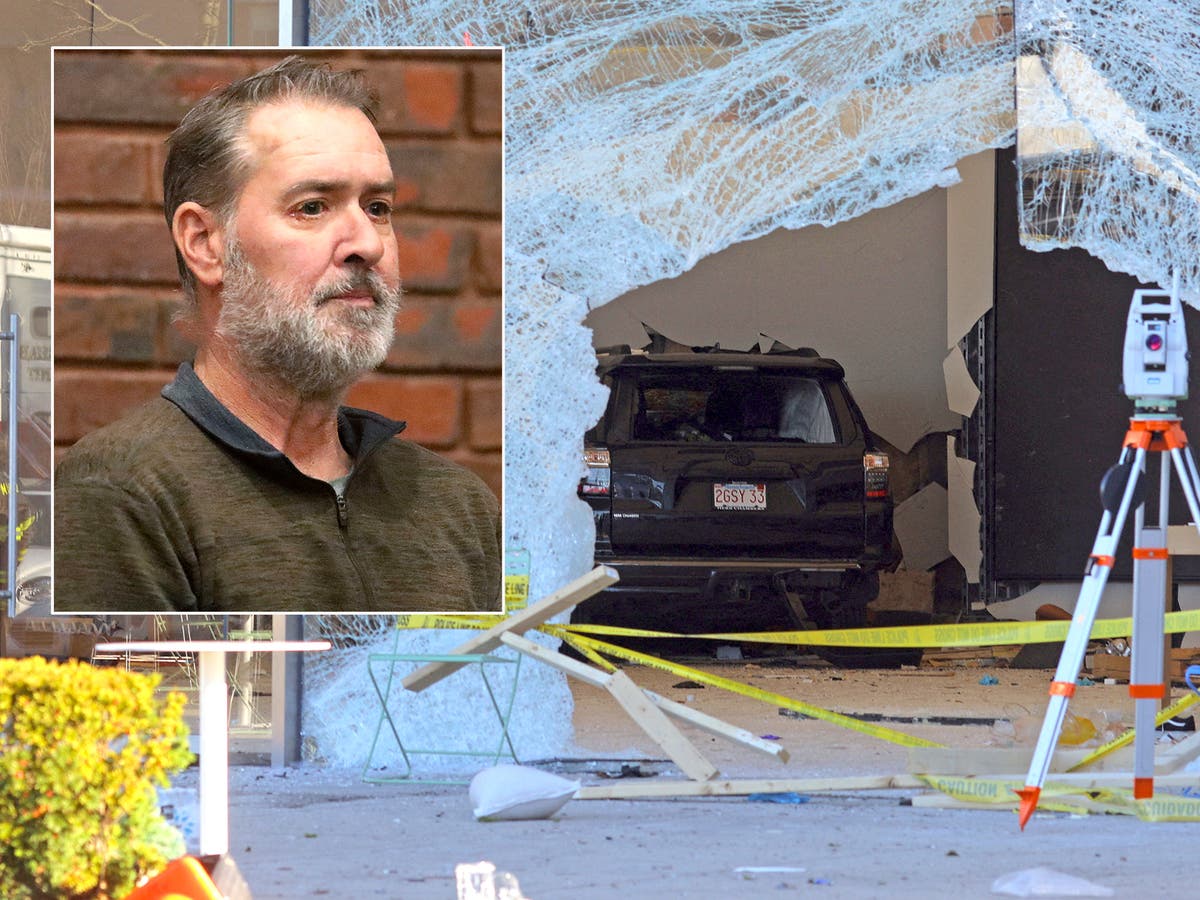 At least one person has died in a car accident at an Apple store in Hingham, Massachusetts

The driver of the car that crashed into an Apple store in the Boston suburb of Hingham, killing one person and injuring 19 others, is being held on $100,000 bail after pleading not guilty on Tuesday.

According to Plymouth County District Attorney Tim Cruz, 53-year-old Bradley Rein has been charged with reckless manslaughter with a motor vehicle.

The cause of Monday’s crash is under investigation.

According to court documents from the trial, Rein told police he was looking for an eyewear store in a mall when his right foot got stuck on the gas pedal. He said he used his left foot to try to brake, but could not stop the vehicle from crashing into the front of the store, documents say.

“Although the outcome of this accident was horrific… It was just that. It was an accident,” Reina’s court-appointed lawyer said on Tuesday.

Kevin Bradley, 65, was identified as the victim killed when a black SUV drove into the store.

Rein’s next appearance in court is scheduled for December 22.

A witness who saw the fatal car accident at the Hingham Apple store on Monday morning estimated the driver, Bradley Rein, was going “about 60mph,” according to court documents.

The same witness added that they did not see Rein slowing down or applying the brakes as he hit a store in a Boston suburb, according to court documents.

Derby Street, the site of the fatal Apple store outage, makes a statement after reopening on Tuesday

Derby Street stores in Hingham, the site of a deadly crash that left one person dead and more than a dozen injured, began reopening at 10 a.m. local time on Tuesday, with the damaged Apple store remaining closed ahead of a busy Thanksgiving week.

“As we reopen today, know that we are thinking of the victims, their families and everyone involved in yesterday’s tragedy,” Derby Street said in a statement on Tuesday, according to Yahoo News. “We are here and will do everything in our power to continue to appear in our amazing community.”

In front of the boarded-up Apple store, a police officer stood guard on the front sidewalk while a small flower memorial was placed near the crash site with an accompanying note: “Sending our peace and love to everyone.”

Suspect driver says his foot got stuck as he hit Apple Store, killing 1 and injuring 17

Bradley Rein, 53, of Natick, was arrested and charged with reckless manslaughter with a motor vehicle, according to the Plymouth County District Attorney’s Office. He was arrested on Monday evening and charged to Hingham County Court on Tuesday morning.

According to court documents, Mr. Rein told investigators he was looking for an eyewear store when his right foot got stuck on the gas pedal of his Toyota 4Runner. He tried to brake with his left foot, but was unable to stop.

CBS Boston reports that Mr. Rein told investigators he had no health issues that would impair his ability to drive. The initial breathalyzer test gave a reading of 0.00 percent.

South Shore Health’s head of injuries, Dr. Christopher Burns, told the press on Monday that “we have a lot of patients with life-threatening injuries.”

Officials said two other victims were taken to Boston for treatment.

The deceased victim was later identified as 65-year-old Kevin Bradley of New Jersey.

Bradley Rein was seen leaving the courthouse Tuesday after a judge ordered him to be held on $100,000 bail during an arraignment hearing.

Rein was also disqualified from driving for the duration of the case, and was asked to seek court approval for any out-of-state trips he intended to make if he posted bail.

Bradley Rein, a driver facing charges of reckless manslaughter of a motor vehicle after a fatal accident at an Apple store that killed one person, told police on Monday he was not under the influence of drugs or alcohol at the time of the accident.

The prosecutor said the 53-year-old driver voluntarily submitted to an initial breathalyzer test, which showed a blood alcohol level of 0.0.

Rein also told investigators that he had no medical conditions that would interfere with his driving, and the SUV had no known mechanical problems, officials said.

ICYMI: Everything we know about the Hingham Apple store crash

A car crashed into an Apple store in the Boston suburb of Hingham on Monday morning, killing one person and injuring at least 19 others.

The driver of the SUV that entered the store was identified as 53-year-old Bradley Rein.

He was arrested on suspicion of reckless manslaughter by motor vehicle and appeared at Hingham County Court on Tuesday.

Judge Heather Bradley, at the request of the prosecutor, ordered the detention of the 53-year-old on bail of $ 100,000.

Rein’s attorney pleaded not guilty on his behalf at a hearing at Hingham County Court on Tuesday morning. She also requested that his bond be set at $20,000 or no more than $50,000, but the judge granted the prosecutor’s request.

Rein was also disqualified from driving for the duration of the case, as requested by the prosecutor, in order to obtain court approval to travel out of state.

If he is charged with another crime while the case is pending, he can be held without bail for up to 90 days if he does so, Judge Bradley added.

Continue reading the full explanation here on everything we know about the Apple Store outage.

South Shore Hospital, one of the hospitals that admitted a total of 18 patients on Monday after a fatal car crash in Hingham, said Book of Patriots that eight people were still being treated at their facilities, which discharged 10 patients on Tuesday morning.

Two of those patients are still in critical condition and six more have been treated in other parts of the hospital as updated at 11:45 am on Tuesday.

Alison King, the court-appointed lawyer for Bradley Rein on Tuesday during his arraignment, described Monday’s incident that left one person dead and 19 injured as “appalling”, but also said the incident in which her client was the driver was an “accident”. .

“Although the outcome of this accident was horrific… It was just that. It was an accident,” Kinga said. – He cooperated with the police and was not under the influence of alcohol. … It’s just very unfortunate.”

Driver Bradley Rein, 53, who was arrested and charged with reckless manslaughter with a motor vehicle after a fatal crash at an Apple store that left one person dead and at least 19 injured, pleaded not guilty on Tuesday.

Rein, who lives in Natick, was held on $100,000 bail as demanded by the prosecutor, and was ordered not to drive or leave the state without court approval.