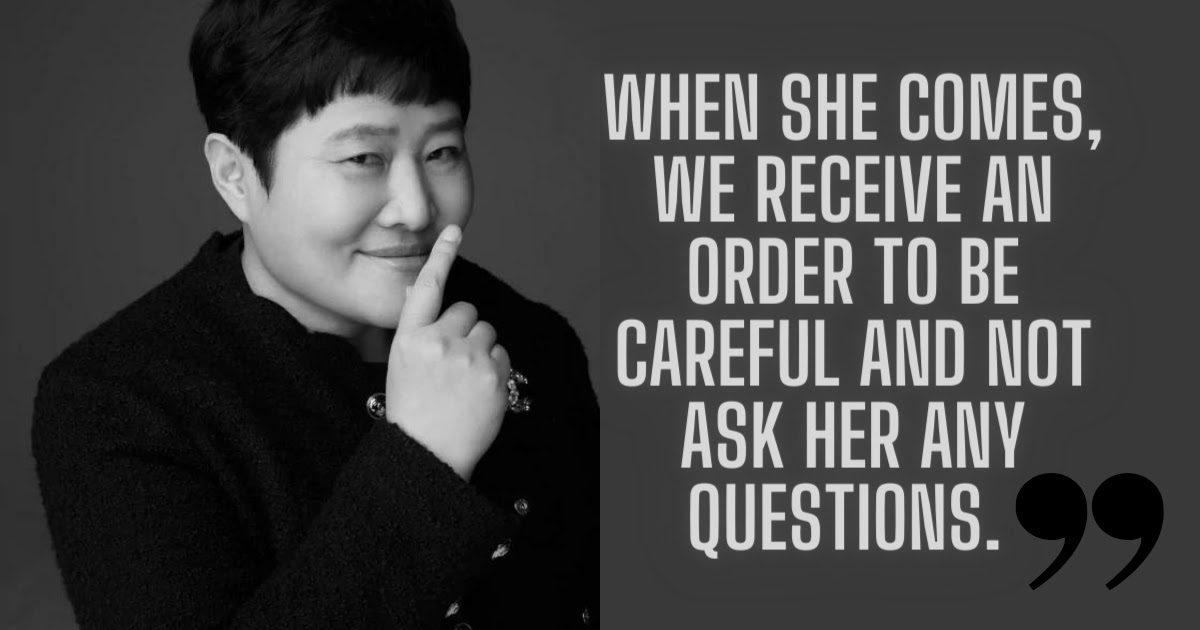 According to the article, since Dispatch published an exposé accusing the popular singer/actor of Lee Seung Gi never received payment for his music career, Dispatch says they have received numerous reports of problematic behavior from the CEO.

One alleged case was particularly egregious and involved a former employee of the designer of the “L” brand.

According to a former employee of the luxury brand, while working there, she was warned that when Kwon Jin Young entered the store, she had to be careful.

When she (Kwon Jin Young) comes, we get the order “Be careful”. Don’t ask her questions.

A former employee revealed the case when she was cursed by the CEO.

One time, while she was shopping, I was servicing a Ferrari when she suddenly yelled at me.

(Screaming) Hey you son of a bitch. Get out of the car. You bastard, why do you make noise when I pass by? I felt threatened by you. Tell all employees (in the store) to leave.

According to a former employee, the CEO was close to bringing employees to their knees. A former employee said thatThe shame was unimaginable.According to them, they were told that the CEO often mistreated employees, but she got away with it because she spent so much money.