House of the Dragon Episode 5: Queen Alicent’s dramatic entrance is the show’s highlight so far 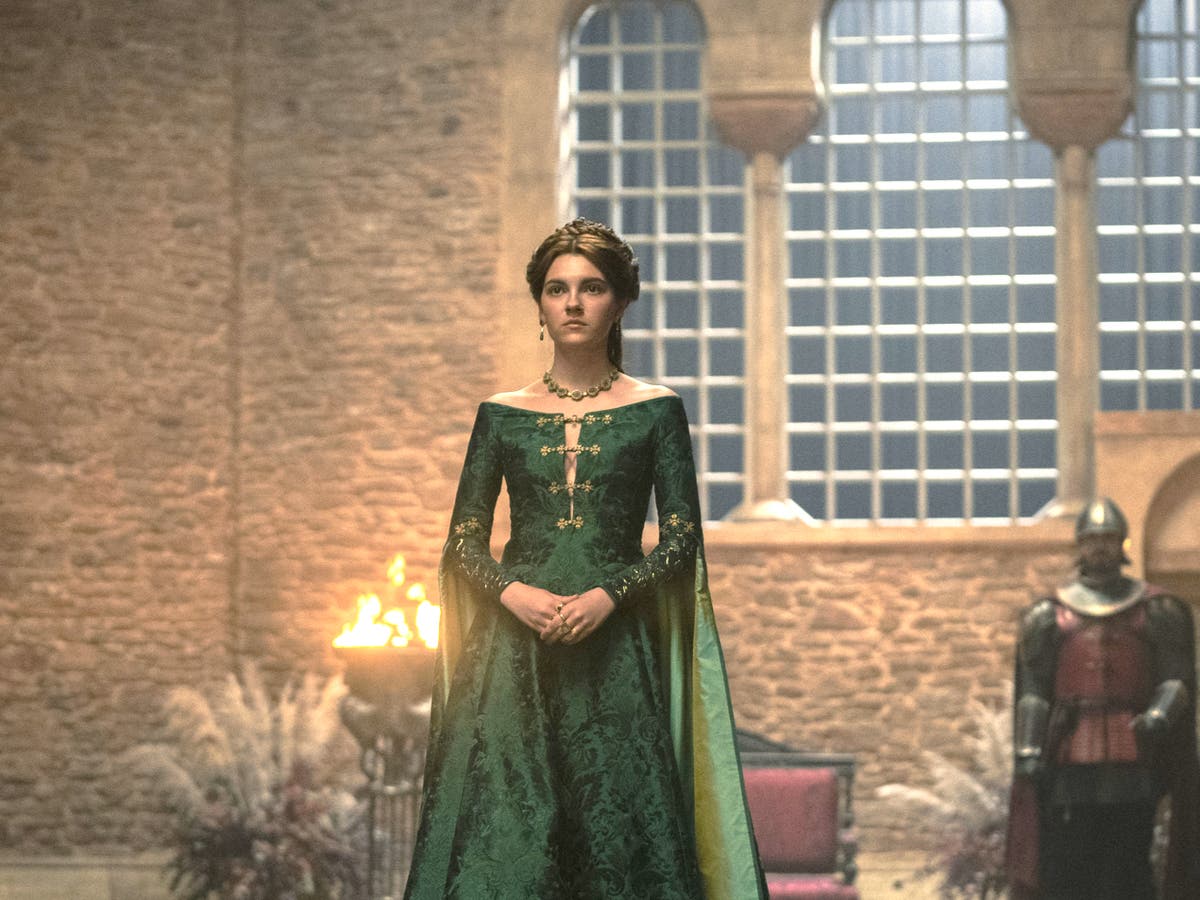 House of the Dragon‘s the fifth episode is the most dramatic so far.

Prince Daemon’s (Matt Smith) wife is killed, the king’s health seems to be in serious decline, and we are having a royal wedding between Princess Rhaenyra (Milly Alcock) and Laenor Velaryon (Theo Nate).

However, it is the king’s wife, Queen Alicent Hightower (Emily Carey), who steals the show.

In a scene of less than 30 seconds, decades of unrest promised.

When guests arrive for the welcome feast on the occasion of Rhaenyra and Laenor’s wedding, there is one notable absentee: Queen Alicent.

Its absence is noticed repeatedly, drawing viewers to its meaning. “I understand the Queen is still getting ready for the celebration,” explains King Viserys (Paddy Considine) to Jason Lannister (Jefferson Hall).

“This is why men are at war,” Lannister jokes, “because women will never be ready for battle in time.”

Ironically, it seems that preparing for battle is exactly what Alicent did.

In the middle of a speech to his guests, Viserys is interrupted by Alicent who dramatically appears alone in the hall entrance.

She is dressed in all emerald green. “The Hightower Lighthouse, do you know what color it shines when the Old Town calls its banners to war?” Larys Strong asks another visitor. “Green.”

As she passes the crowd, Alicent glances at the Hightower contingents, also dressed in green, who share a glance with her.

When she finally makes her way to the main table, Alicent first calls Rhaenyra “stepdaughter”, even though they were close friends before.

The scene marks a significant character change for Alicent

While it may not seem like much at first glance, the appearance is arguably the most important scene in the series.

“The king will die,” Otto tells his daughter, “and if Rhaenyra succeeds, there will be war. The kingdom will not accept her, and to secure her claims she will have to throw the sword of your children, she will have no choice. You know it.”

Alicent, who previously seemed calm, if not gentle, reveals her intentions on the wedding scene – her loyalty is to her children and the Hightowers, not to Rhaenyra.

This point is made even more understandable by Uncle Alicent, Hobert Hightower (Steffan Rhodri), who says to her, “Know that Oldtown is behind you.”

In the book by George RR Martin Fire and bloodon which House of the Dragon she resists, the greens symbolize her faction in the coming war, which Martin calls the “Dance of the Dragons”.

If the series follows the narrative of Martin’s book he has so far, the green dress marks the beginning of all the action to come.