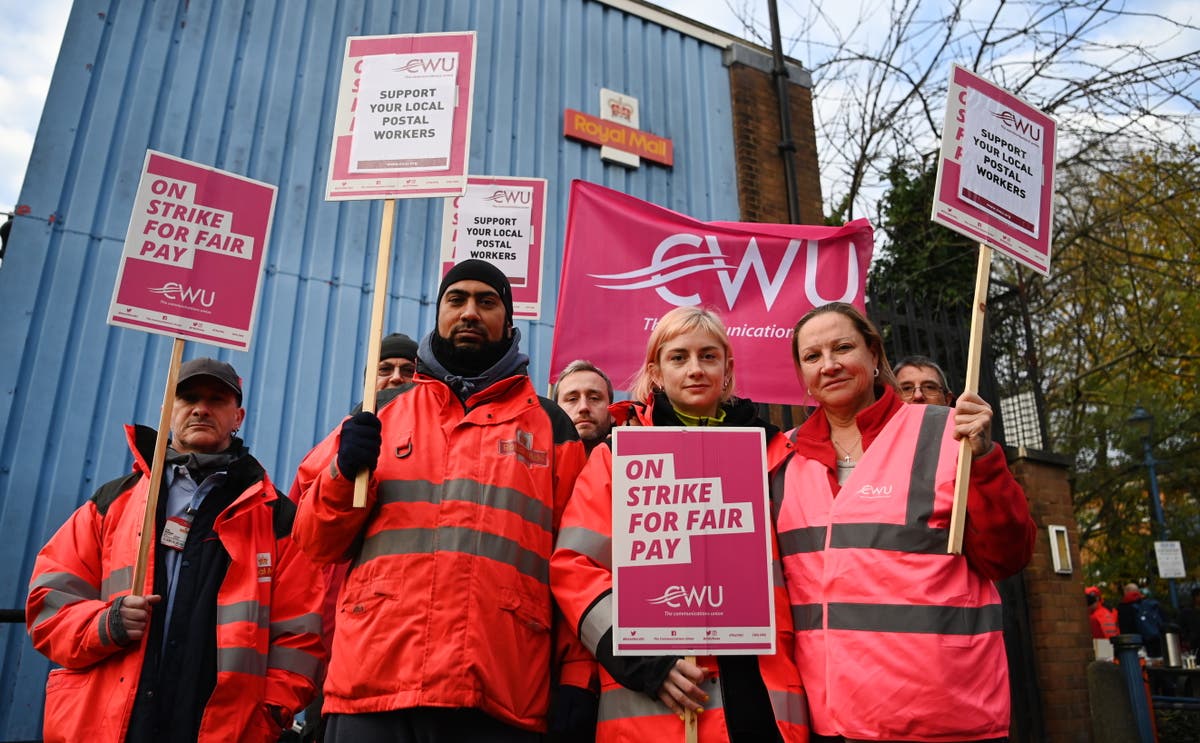 This week, cities across the country saw postal workers stand on picket lines with their supporters in the wider community. For three months now, 115,000 members of the Communications Workers Union (CWU) – a union of which I am a proud leader – have been on strike, after nearly 100 percent of them voted in two separate votes this summer to take action.

Thursday was the ninth day in 2022 that these workers lost their daily pay for the strike. But ghosts are far from suppressed. Thursday saw one of the highest attendances of the dispute, and what thousands of staff see as Royal Mail’s dictatorial, intimidating leadership style only strengthened their determination to win.

The reason for the strike is simple: to stop the uberisation of Royal Mail. The management plan is to turn Royal Mail into a economy-style courier, with a business model based on bogus self-employment and odd jobs.

For employers, the decent conditions and job protections enjoyed by our members appear to be a downside to running a business that made £758m in profit last year. Another hurdle is DHW, which they rightly see as a major hurdle in this leveling down program.

None of this is a secret. In proposals presented to us by management this week, the company made it clear that their “best and final offer” for workers would include thousands of inevitable involuntary layoffs, a major reduction in wages in real terms, the removal of Sunday bonuses and the abandonment of the AM delivery period.

They also want the CWU to become a workplace union – a bunch of assertive people who help management push whatever plans they want for our people, rather than opposing or proposing alternatives that work better.

In short, this is the biggest direct attack on a group of workers this country has seen in a generation – and something we could never accept.

Our demands are reasonable. We want a better wage deal – more than the 3.5 percent undated pay increase that the company infamously presents as a 9 percent increase when inflation is 11.1 percent. We want guarantees of no involuntary redundancies, the reinstatement of previous agreements on voluntary redundancies, and the right of local trade union representatives to help negotiate and draft local revisions of the strategy.

To keep up to date with all the latest opinions and commentary, subscribe to our free weekly Voices Dispatches newsletter by by clicking here

We also demand an alternative business strategy. What deeply frustrates the staff who keep Royal Mail alive is that management is underestimating the company’s potential. Our members deliver to 32 million addresses a day; enjoy a respect in the community and country that is unmatched by any other courier company. Instead of seeing this as an advantage, they prefer to race to the bottom instead.

But we will not give up. Postal workers do not meekly accept that their livelihoods have been ruined for the benefit of a few people upstairs. They deserve a decent job that respects them and their families, where “flexibility” is a two-way street between employee and employer, where wages are high enough that no one has to worry about heating the house or feeding the children.

Royal Mail employees care about this company and the communities they serve. They are not easily intimidated by people trying to ruin their livelihoods by imposing a business model that the country is getting sick of.