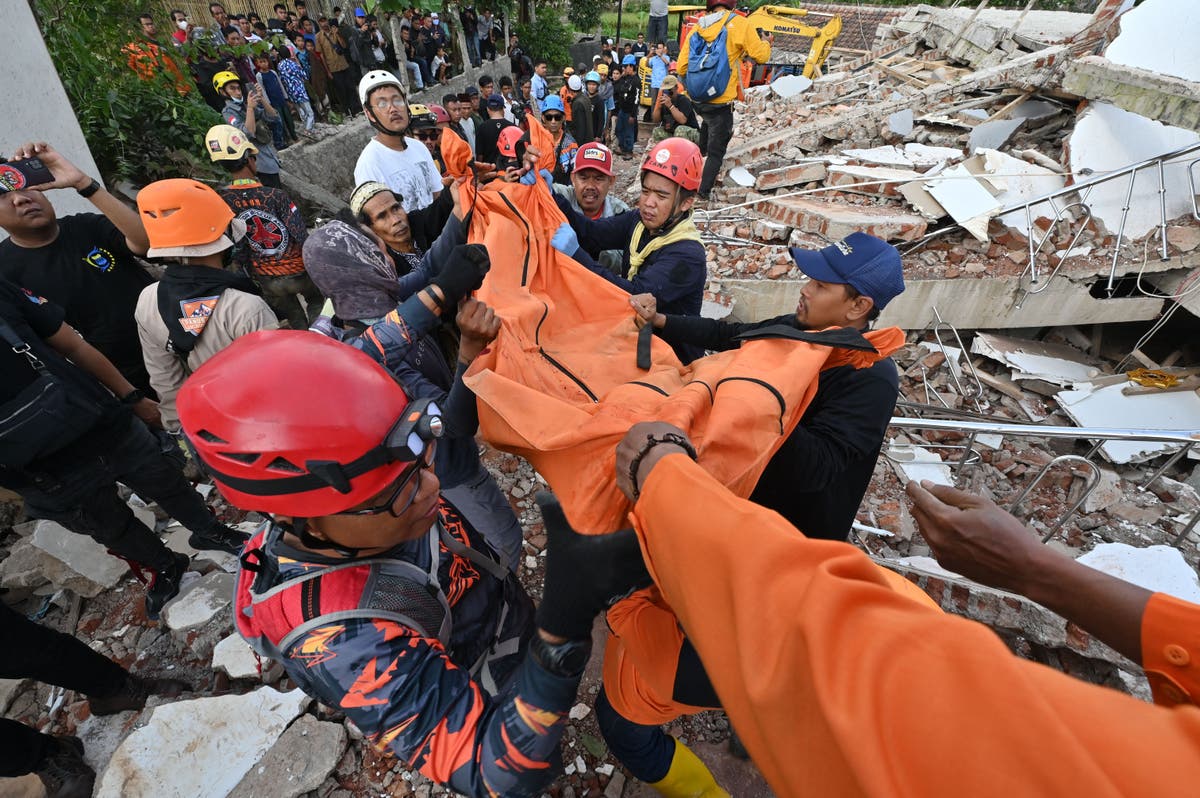 At least 252 people died in an earthquake that hit Indonesia’s West Java on Monday, local authorities said, and more than a dozen people are still missing.

Some 377 people were injured, authorities confirmed in an Instagram post, adding that more than 7,000 people were displaced after the 5.6 magnitude earthquake.

Officials said most of the deaths – 162 – occurred in the country’s most populous West Java province, with the number expected to rise as well.

Excavators, trucks and other heavy equipment shipped overnight arrived in the hard-hit city of Cianjur in West Java on Tuesday. Near the epicenter, yesterday’s quake sent terrified residents fleeing into the streets, some covered in blood and debris.

One woman told the Associated Press that when the earthquake struck her home, the building began “shaking as if it were dancing.”

“I cried and immediately grabbed my husband and children,” said the woman, who gave her name only as Partinem. The house collapsed shortly after he fled with his family.

“If I hadn’t pulled them out, we might have been victims too,” she said, looking at the pile of concrete and wood debris.

Authorities said that in addition to the injured, at least 31 people are missing as a result of the earthquake.

More than 24 hours after the quake, rescuers raced to pull victims from the rubble of buildings and clear areas cut off by landslides, with recovery efforts complicated by power outages and damaged roads over a large area.

Aris stared for hours at the excavator as it plowed through the mounds of earth, hoping to find some trace of his brother and sister-in-law.

The 45-year-old spent hours walking to the Cugenang district where his relatives lived until the disaster struck.

“When I came here, there was nothing left. Everything is buried,” Aris said, pointing to the huge mound of brown earth on which his brother’s house stood.

“I’m here because I need to find my family, my sister-in-law. She was buried under that landslide. There were three of them: a mother and two children,” said Aris.

He said his brother had gone missing from the nearby area.

Authorities said more than 13,000 people were evacuated and at least 2,200 homes were damaged.

Straddling the so-called Ring of Fire, a highly seismically active zone where different crustal plates meet, Indonesia has a history of devastating earthquakes.

Aris had come to terms with his loss that afternoon.

“Let’s leave it to God,” he said. “What matters is that we tried. Then we have to let them go.”