IndyRef2: While it seems implausible, did Nicola Sturgeon get the referendum result she wanted? 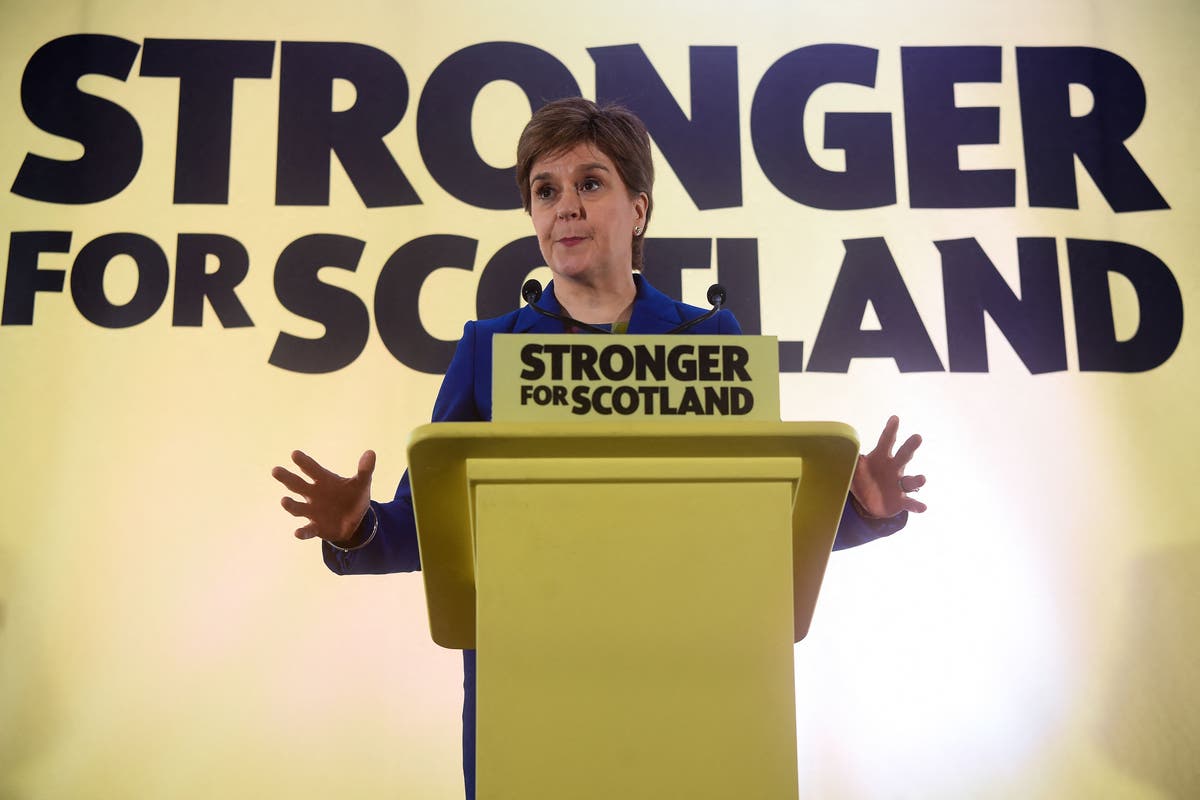 Politicians love a victory rally. But I’ve never witnessed a defeat celebration before.

This came after the High Court ruled that Nicola Sturgeon did not have the authority to hold a second independence referendum as planned next year: Scotland’s first minister quickly gathered her supporters in Edinburgh to hear speeches about breaking free from English oppressors.

Watching the salt-waving crowd, I was struck by the exuberance of a group of people who had just been defeated.

And make no mistake, Sturgeon’s response to the Supreme Court’s ruling – that it would treat the next general election as a “de facto” referendum – was almost universally seen as a lost game.

The stakes for the SNP leader’s bet have increased even further in recent months as a resurgence of Labor across the country – and in Scotland under their adamant leader Anas Sarwar – is sure to rob the SNP of votes in the next election. Under her own terms outlined yesterday, if Sturgeon does not win 50 percent of the vote, she will lose the de facto referendum. And even at its best, SNP has never reached that benchmark. So now that Labor is likely to make major invasions in Scotland, its task seems even more difficult.

Her predecessor, Alex Salmond, with whom she had long since parted ways, turned the knife yesterday – warning a woman he once considered his protege that she had led his former party to a dead end by filing a complaint with the Supreme Court.

Even Sturgeon himself seemed a bit devastated. And yet…

Going back to yesterday’s rally of losers, it’s easy to write down the mood of the crowd as the zeal of evangelists committed to their cause. But there is also something else that explains it.

Is it possible that Sturgeon and her crew are energized, even excited, by this new pretension to the Westminster establishment?

Although the Supreme Court firmly rejected the SNP’s age-old argument that it was oppressed; the ruling provided new fuel for the party’s burning resentment of the English political classes. The endless talk of independence – a kind of “neverendum” campaign – not only keeps the party and its grassroots members focused on the issue they care most about, but also provides a welcome springboard from the internal scrutiny of Scottish government history.

Scottish school standards compare poorly with English ones. In maths and science, for example, 15-year-olds from Scotland lag behind England by 17 points, the lowest score since 2012 in the authoritative OECD Education Ranking in Pisa.

Ambulance waiting times in the NHS are at their worst on record – although the NHS has even bigger problems. And Scotland has the highest rate of drug-related deaths in Europe.

So defending all this, after 15 years in power of the SNP, would be more difficult than insulting the Tories for refusing to allow a second independence referendum. The SNP are themselves an establishment in Scotland, but a renewed struggle with Westminster allows them to play their preferred role of brave insurgents.

An exclusive Channel 4 News poll in the wake of the High Court decision found that 50 per cent of Scottish voters would support the SNP in the next general election if it could lead Scotland to leave the UK.

It’s very risky, but flushing independence could still be a winning recipe for Sturgeon. Both Labor and the Conservatives – though they would never admit it publicly – know this. Otherwise, if they were so sure of winning the union dispute, they would have called the SNP bluff and agreed to another referendum.

Chief Justice Lord Reed of Allermuir, himself a Scot, said in his summary yesterday that the SNP’s claim to self-determination under international law only exists in situations of “former colonies or where the nation is oppressed”. He said that “this is not the situation in Scotland”.

The Tories seized on it eagerly. But it can also serve SNP purposes. Because four consecutive prime ministers and The Supreme Court has now thwarted the SNP’s desire for a referendum – and the more the political and legal forces in London entrench themselves, the more passionately Sturgeon can oppose them.

It’s unlikely, but by no means impossible, it may yet snatch victory from the jaws of defeat.