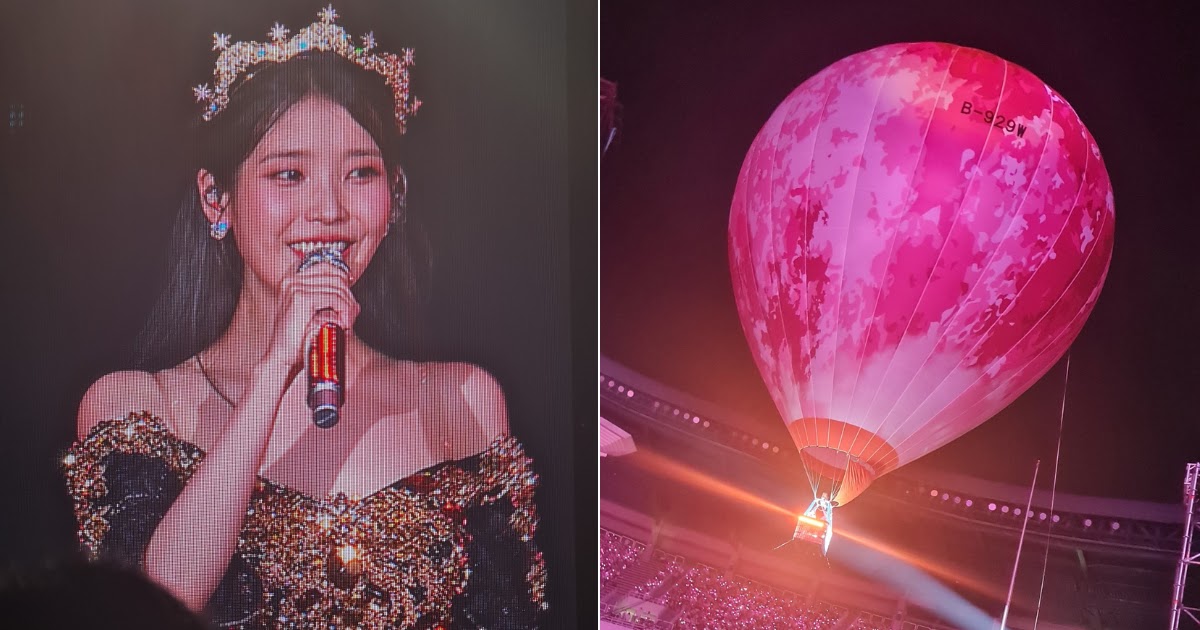 I want to be as close to the fans as possible.

Like any IU concert, beloved singer and songwriter goes beyond the boundaries of her fans, treating them with her life concert. With her historic performance at the Jamsil Olympic Stadium, she has confirmed her position as the Queen of K-Pop, not only because of being an amazing artist, but also because of her true love for Uaenas.

Thanks to the open stadium, IU was able to delight fans with views that would not normally be possible at a concert. Thanks to the fireworks show and the drone show, no matter where you have been in Seoul, you will be able to see where IU is performing.

What is the IU unnie concert class? pic.twitter.com/Nk5NMoYo6D

Combine these fantastic visuals with IU’s sweet voice and fans can’t help but be overwhelmed with emotions all the time.

One of the many legendary parts of her concert was the performance of “Strawberry Moon” when she boarded a hot air balloon to sing Uaenas.

IU SINGING A STRAWBERRY MOON IN THE FIRST HOT AIR BALLOON, THIS IS A HISTORY 😭
pic.twitter.com/9bnQyCaIps

Designed as a strawberry moon, it is a surprise IU prepared for fans when she said that even if the night were cloudy, the moon would still be shining bright. She literally made the Strawberry Moon for Uaenas, perhaps the perfect metaphor for her being a gentle and steadfast light to fans in their darkest times and vice versa.

IU a legend that sings on a hot air balloon that is supposed to be a strawberry moon that shines even when it’s cloudy. 🌕🍓pic.twitter.com/wSVbElrCoV

What makes this performance even sweeter is the fact that she specially set up the event with a hot air balloon to get closer to Uaenas on the third floor, which would otherwise have a hard time seeing her face to face.

IU said she prepared a balloon party because she wanted to get closer to ueen on the third floor? and asked if it was okay, although it was just short# Golden_hour_day1pic.twitter.com/YpiCdnqmrQ

You can see how close she has come to the fans, even in the farthest parts of the stadium, and this is a testament to her immense love and appreciation for Uaenas.

IU This woman is riding a real moon and walking around the main stadium pic.twitter.com/rmbb6me3jA

IU treats Uena like royalty, providing meals and pillows at her concert and trying to get closer to herself and in person. In fact, the real queen is IU and once again everyone falls in love with her.