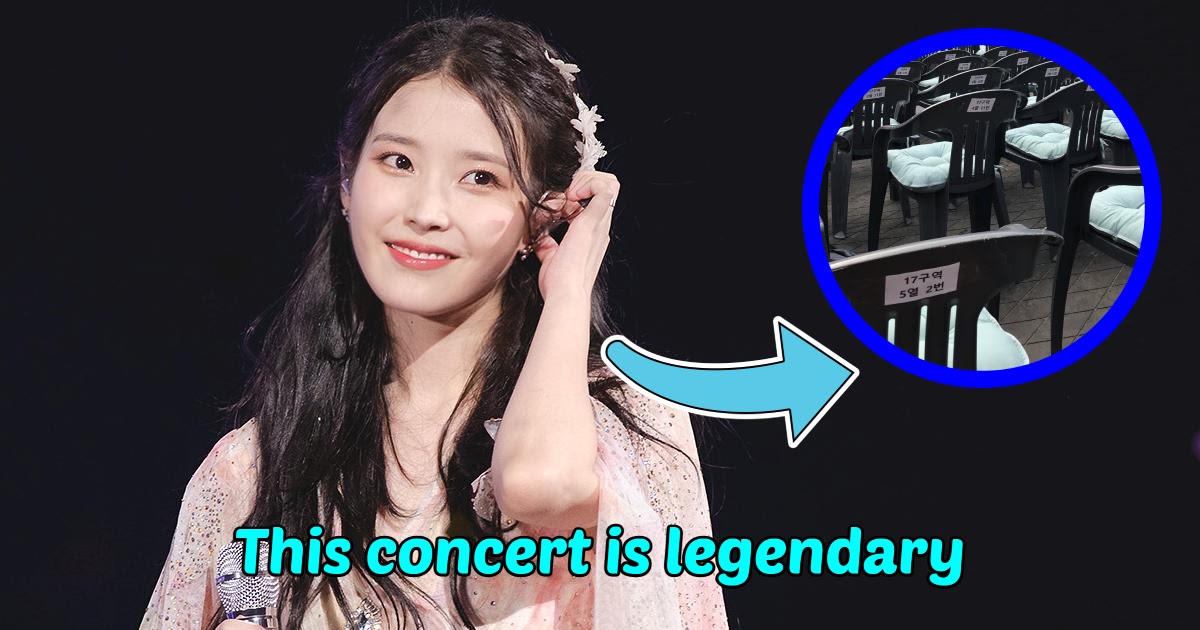 It is no coincidence that IU is considered one of the world’s most generous idols.

IUconcert 2022, Golden Hour, has attracted tens of thousands of her fans, called by her idol Uaenas, to the Olympic Stadium in Seoul, confirming her superstar status in South Korea. Many other celebrities also went, so some say that IU is “idol among idols.”

IU is also known to be an extremely generous soul as she has donated over KRW 4.50 billion (approximately $ 3.25 million) over the course of her career to various causes. Her mother also recently made an unprecedented kind gesture to all her fans who attended The Golden Hour providing them all with seat cushions!

IU’s mum has provided more than 90,000 seat cushions for ueny to sit comfortably on during both days of the IU The Golden Hour concert (held at South Korea’s largest stadium). 🥺🤍 pic.twitter.com/yt0mMwlxF6

This was extremely polite of her as IU concerts usually go on for a long time due to the many songs for an encore. The seats in the facility are mostly made of hard plastic, so sitting on them can be very uncomfortable.

Mother IU gives away thousands of seat cushions with her own money, because IU concerts usually take place overtime (3-5 hours). It will always be the sweetest thing ever 🥹🫶🏻 pic.twitter.com/telBLh0LOX

Moreover, even if one set of pillows could be used for both days, fans had the option of taking them home as souvenirs! In practice, this meant the pillows had to be replaced the next day, doubling the total cost.

Jeongyeon and Jihyo went to the IU concert and Jihyo took the seat cushion that IU’s mom made 😭 pic.twitter.com/KvUK2x8N6L

Preparing pillows that fans can sit on is a beautiful and thoughtful gesture. this concert is legendary in many ways pic.twitter.com/7d2dVV3ciZ

IU herself did everything to personally entertain her fans for the first time in almost 3 years by preparing a special stage where she sang for Uaenas from a hot air balloon! Fans unable to attend could even see a light show and fireworks outside the arena.

IU is crazy about it 🥹🫶🏻 pic.twitter.com/yZbYRmtzOg

Now it’s easy to see that IU learned a lot about kindness and hard work from her mother. Uaenas is looking forward to many other unique IU performances and scenes to come!