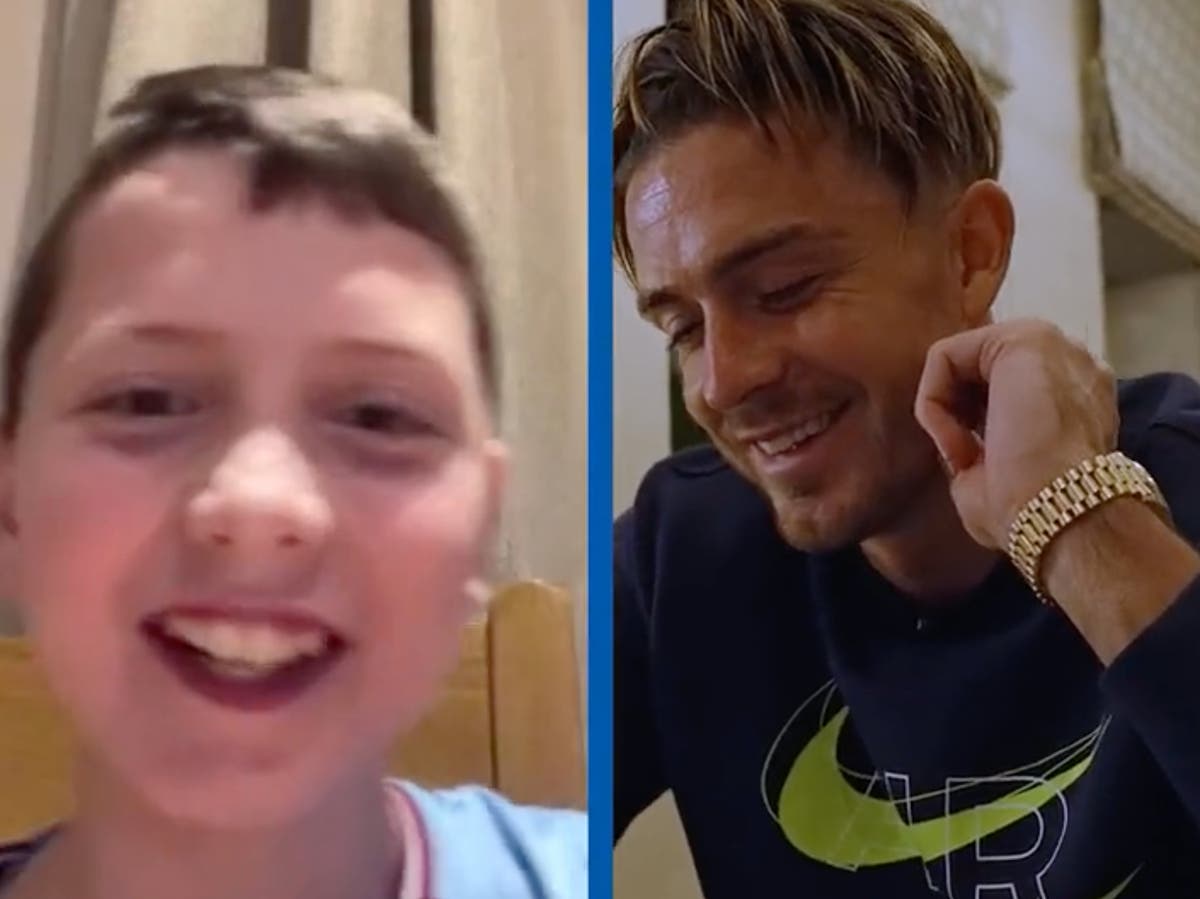 On Tuesday, Jack Grealish made an unexpected phone call to a young fan that inspired him to celebrate a World Cup goal.

Grealish promised to celebrate a “shoulder wave” for Finlay Fisher when he scored his next goal after meeting an 11-year-old student who has cerebral palsy earlier this month.

The 27-year-old kept his word after coming on as a substitute to score England’s final goal in a 6-2 win over Iran.

After answering the phone, Finlay told the Manchester City star: “I thought you forgot!”

The City and England fan wrote to his favorite player earlier this year and referred to Grealish’s close bond with his sister Holly, who also has cerebral palsy.

During the conversation, tweeted by England, Grealish revealed: “I almost scored a goal last week against Chelsea and thought ‘I’ll do it for him tonight’ but I didn’t score.

“I didn’t think I’d score yesterday because the game was a bit dated by the time I came on the pitch, but I really wanted to score and then I could only celebrate for you.

“You’ve always been on my mind, buddy. I’m glad that you enjoyed that.”