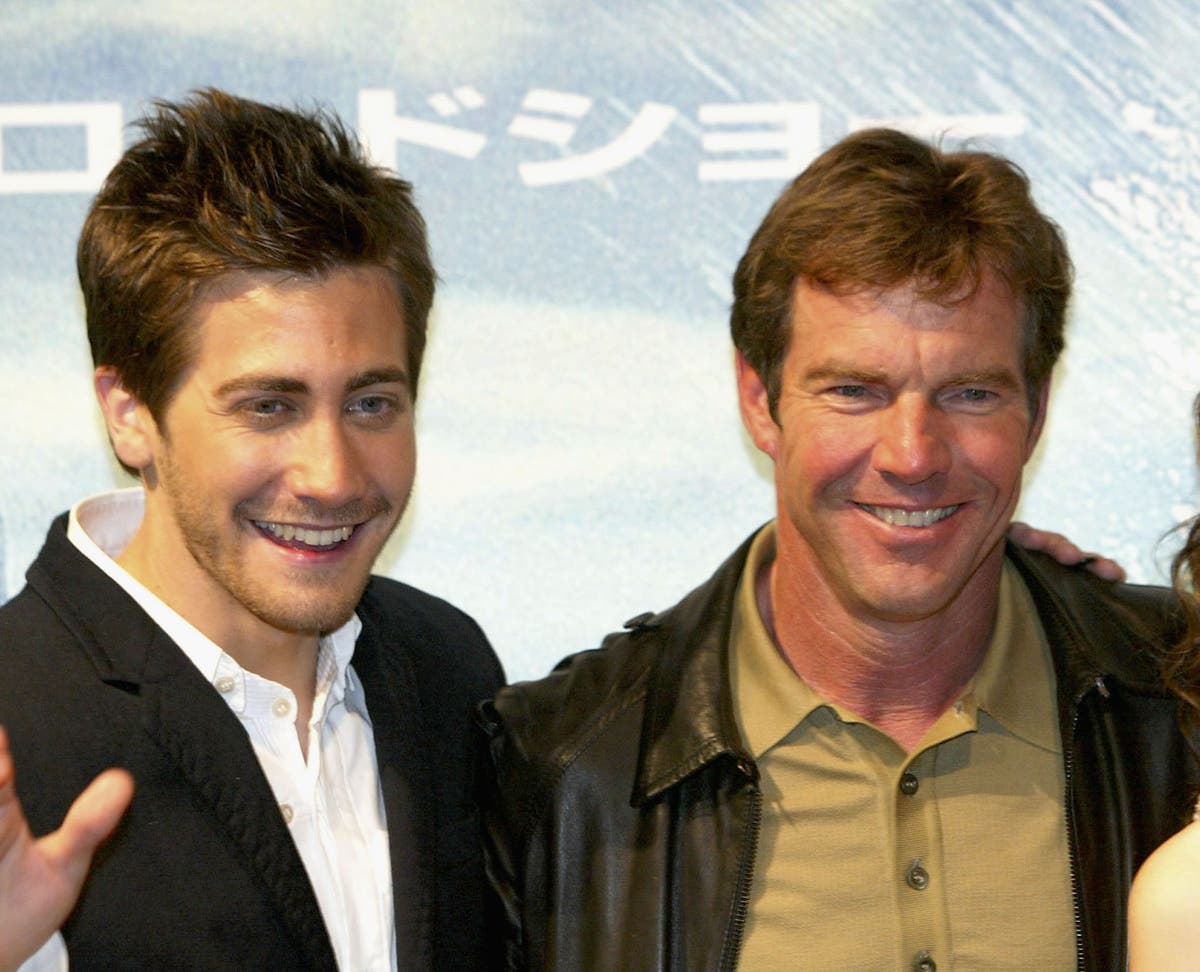 Jake Gyllenhaal said the interviewer “went crazy” when he informed him that his Alien world co-star Dennis Quaid portrayed his father in the 2004 film Day after tomorrow.

In the latest Disney animated film, both actors once again return to the relationship between father and son.

During a recent video interview for the adventure film that has since gone viral, a Peasant the reporter begins by telling Quaid, “You and Jake obviously played father and son Day after tomorrow.“

As Quaid nods in confirmation, a shocked Gyllenhaal quickly cuts in, “Yeah? Oh… oh, oh! Wow! He’s the guy who played my dad.”

“This is the first time we’re in the same room together,” adds Quaid. “It’s me.”

“Wow, that’s cool. You know we’ve done a lot of interviews and you just blew my mind,” Gyllenhaal tells the reporter.

Many netizens suspect that Gyllenhaal was joking.

“He’s clearly joking,” commented one of them Yahoo Video on YouTube, with a different argument: “He wasn’t joking. He’s done a lot of movies, and I don’t think they physically ever had a scene together in a movie.

Whether or not Gyllenhaal is trolling fans, the truth is that their characters spend most of the movie separated by a superstorm, with Gyllenhaal’s Sam stuck in New York and his father (Quaid) forced to travel on foot from Philadelphia to rescue him before it’s too late.

In his latest film, Alien worldthey also did not spend much time together, as they were in the recording booths at different times.

Alien world is already in theaters.