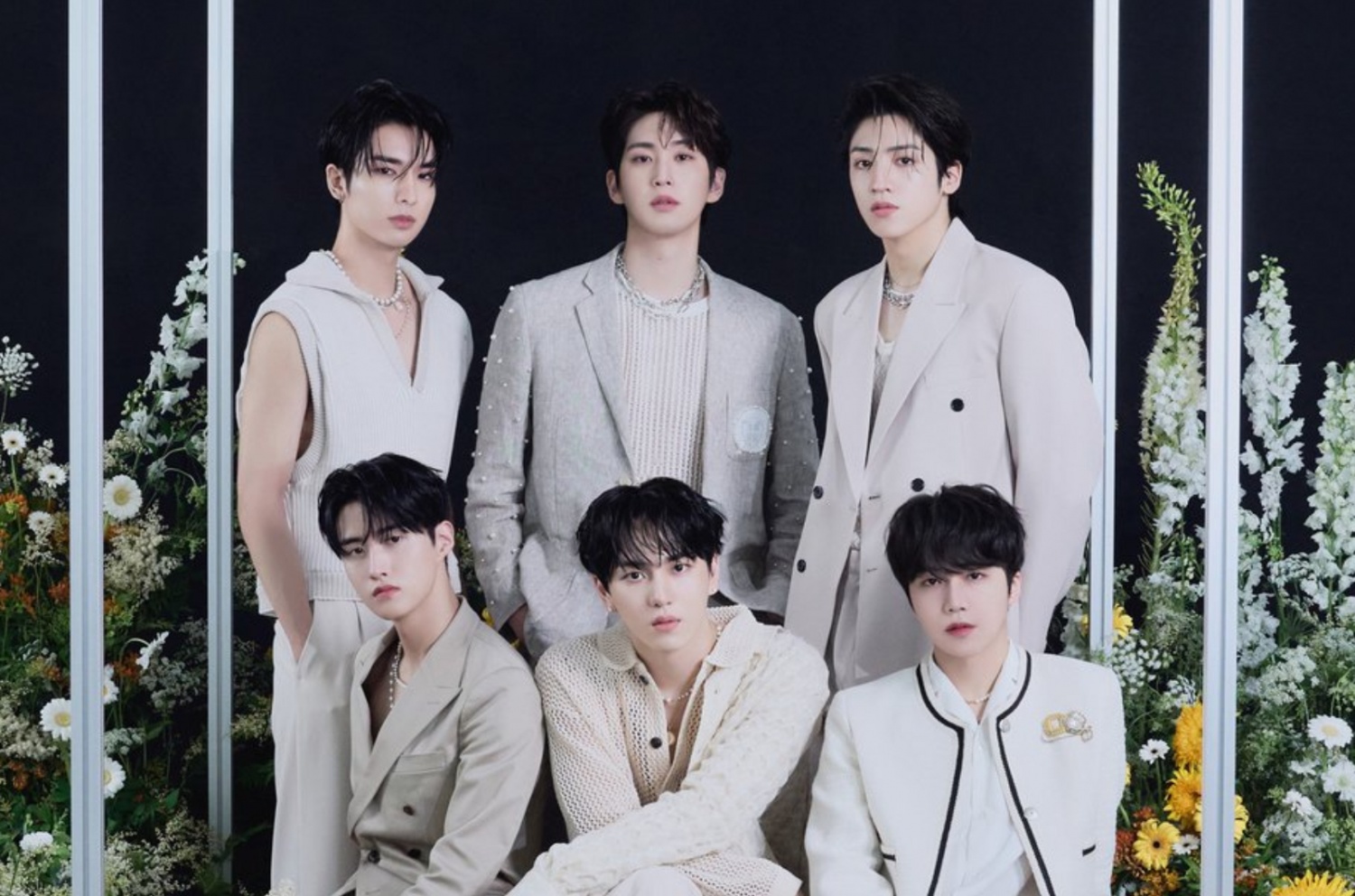 PENTAGON’s Japanese album “Feelin Like” successfully entered the Oricon charts and several iTunes charts around the world, demonstrating the popularity of the boy band. Read on to find out how high it ranks the mini-album in the charts.

On September 14, PENTAGON returned with their fifth Japanese mini-album “Feelin ‘Like”, featuring the Japanese version of “Feelin’ Like” and “Sparkling Light” and two original Japanese songs “Don’t” and “Pan Wilk.”

Along with the mini-album, a special live video for the song “Feelin ‘Like” (Japanese version) by PENTAGON was released.

To commemorate its Japanese return, PENTAGON staged its 13th mini-concert at the Sunshine Ikebukuro Fountain Square in Tokyo, Japan. The group welcomed around 1,000 fans that day and graced them with the performances of “Feelin ‘Like” and “Sparklight Night”. 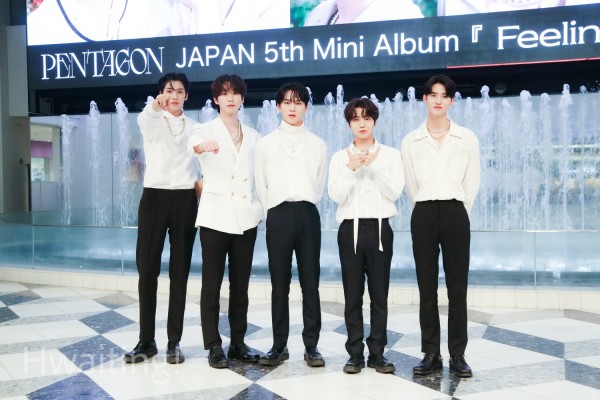 “Feelin ‘Like” has also made it to the iTunes Album charts in many countries around the world. The mini-album was ranked number one in three countries such as Saudi Arabia, the Philippines and India. It also ranked in the top 40 of seven more countries, including Poland, Indonesia, Mexico, Taiwan, Japan, Macau and Italy. It even took second place on the iTunes K-pop Album chart in Japan. 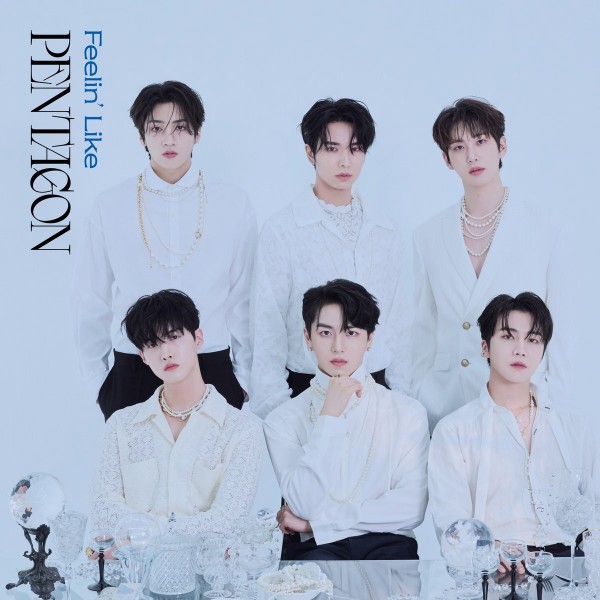 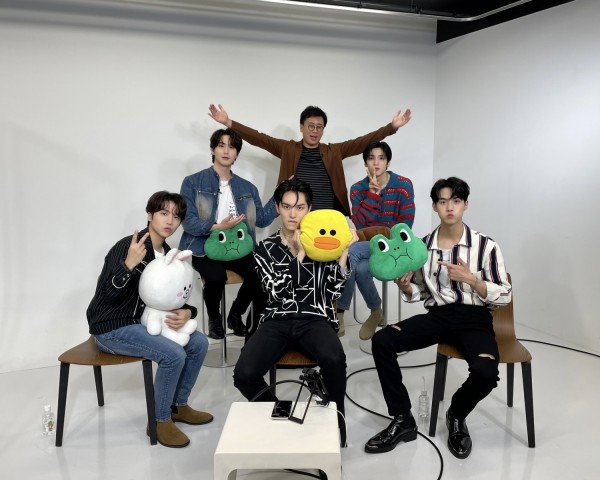 The group will also play a three-day personal concert in Japan, titled “PENTAGON 2022 LIVE IN JAPAN ~ Feeling ‘Like ~”. It will be held on September 15-17 at Tokyo Dome City Hall. 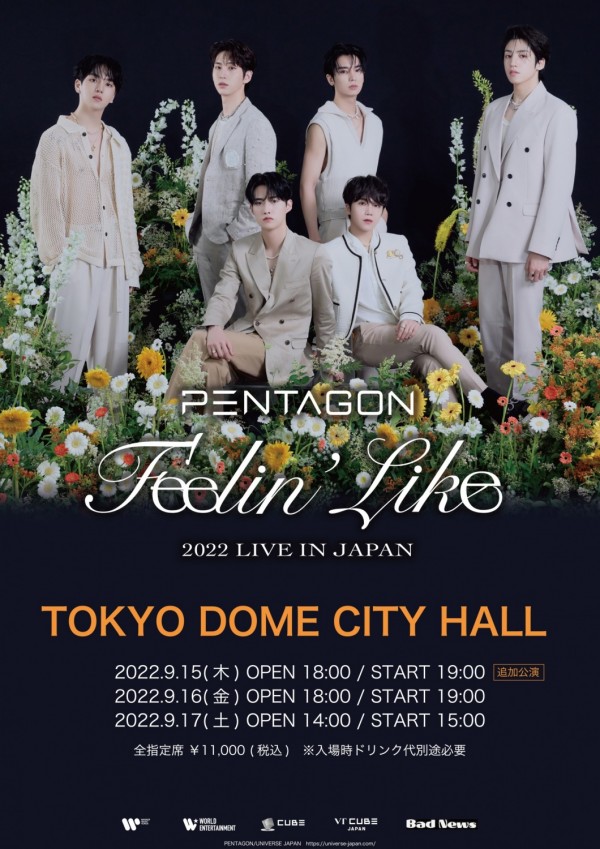 Only five members (Yeo One, Jinho, Kino, Shinwon and Wooseok) will be allowed to attend the concert as Yuto tested positive for COVID-19 on December 12. In addition, two members (Hui and Hongseok) are currently serving in the military while Yanan is on hiatus.

In the meantime, watch the special live cip for “Feelin ‘Like” PENTAGON (Japanese version) below:

Meanwhile, in addition to the concert in Japan, PENTAGON is also going to meet fans in Saudi Arabia.

On September 12, KCON revealed that PENTAGON is one of the K-pop artists participating in the first KCON Saudi Arabia, which will run over two days (September 30 to October 1). The Boy group will especially perform on the first day together with five other artists. 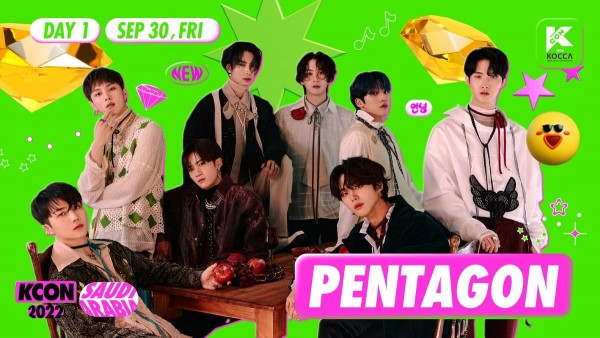 PENTAGON first participated in the KCON event in September 2017 when they performed at the Qudos Bank Arena in Sydney, Australia. The band was then almost a year old and made their debut in October 2016. Since then, he has appeared at many KCON events.

Their last appearance at KCON was in June 2021 when the convention was held online due to the pandemic. They were part of “KCON: TACT 4U” which included an online live concert and a meeting and greeting. The event was broadcast on Mnet’s K-pop YouTube and KCON YouTube channels, as well as via TVING, PIA and Smart Communications.