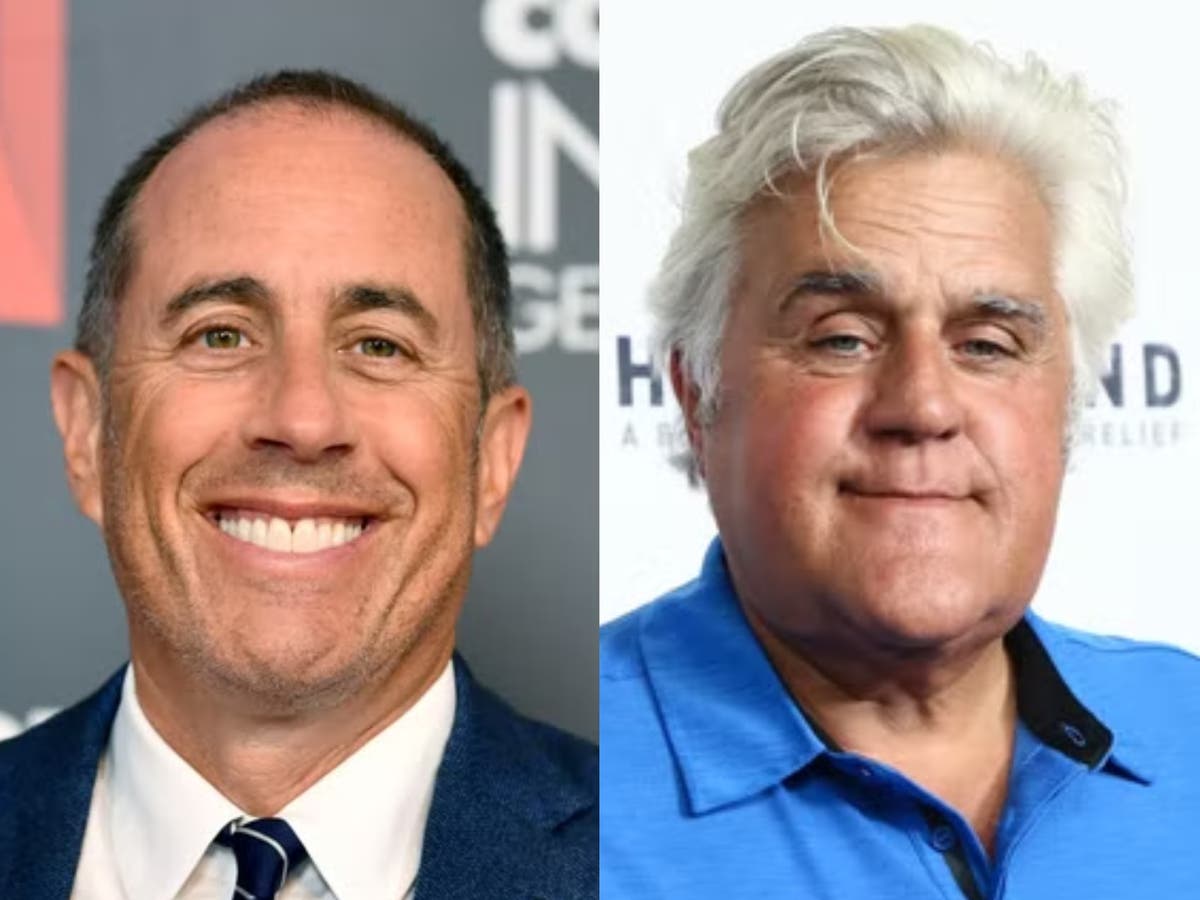 Earlier this week, Leno was released from the Grossman Burn Center 10 days after suffering “severe” facial burns from a car fire.

The former night host, 72, underwent surgery for severe burns he sustained when flames erupted while he was working on a vintage car in his Los Angeles garage.

Seinfeld gave viewers an update on Leno’s health during his appearance on the show The Tonight Show Starring Jimmy Fallon on Thursday (November 24).

The comedian continued, “I’m on the phone with Jay…that’s how crazy Jay is, he’s totally crazy. He doesn’t want sympathy. You know how he is, he’s beast mode. he is like [American football running back] Marshawn Lynch.”

Seinfeld recalled how when he asked Leno – who was in the burn ward at the time – how he was doing, the TV personality asked about the weather.

Seinfeld continued, “He said, ‘I’m good. I heard there was a lot of snow. Was there a lot of snow in the east?

Host Jimmy Fallon informed his guest that Leno once hosted Today’s programme in the 1980s with a broken leg.

“He’s the toughest guy in the world and he’s going to make a full recovery and be great,” Seinfeld said.

Leno suffered burns to his face, hands and chest, which his plastic surgeon, Dr. Grossman, classified as second-degree or bordering on, during a press conference last Wednesday (November 16).

The hospital also released a photo of Leno with injuries visible on his jawline, neck and hand.

Leno is famous for its extensive car collection, which is said to include around 180 cars and 160 motorcycles.