K-Pop Concert ‘We All Are One’ In Indonesia Promoters Arrested, Fandoms Ask For Money Back 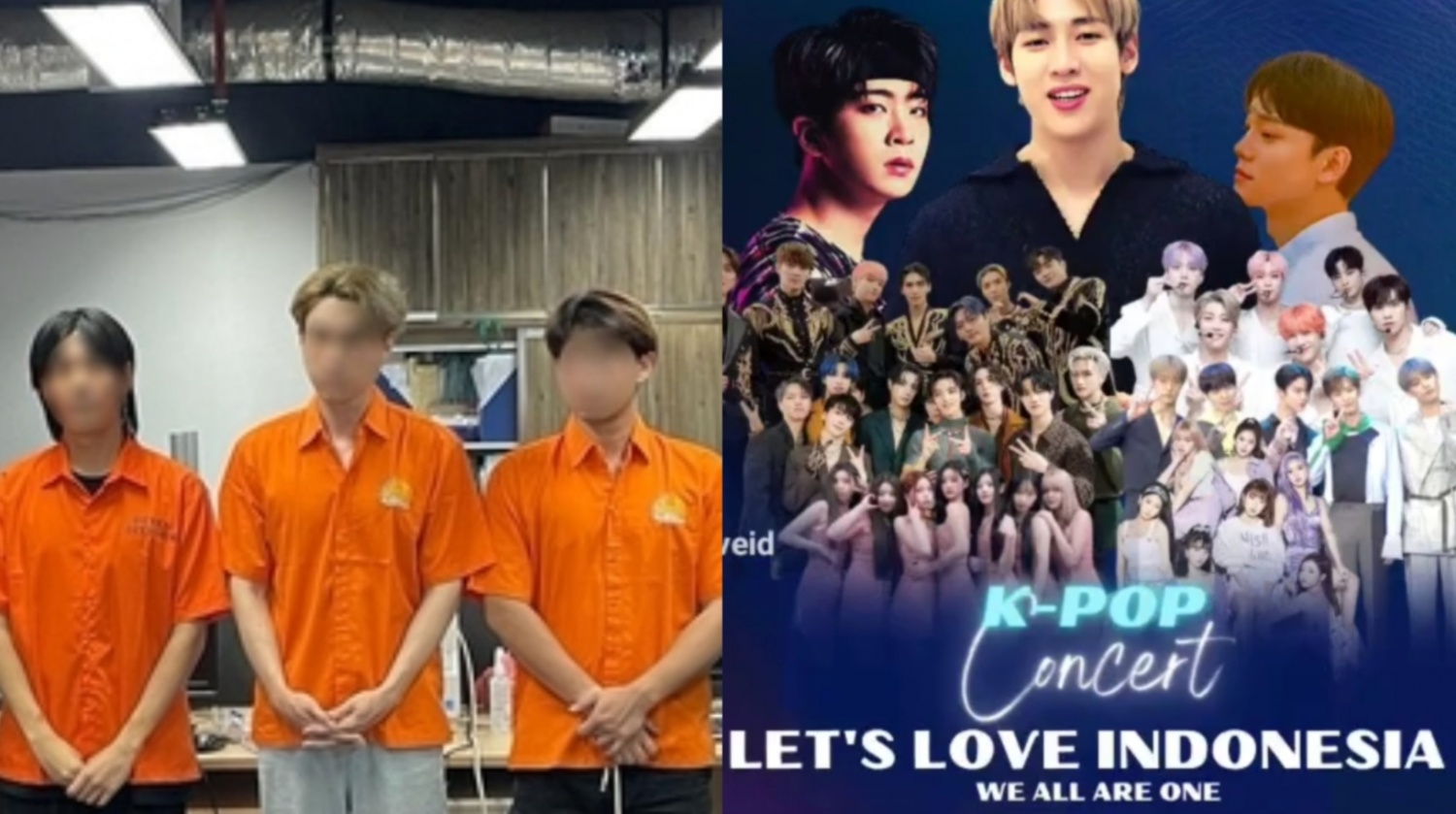 Numerous fandoms in Indonesia such as Ahgases, EXO-Ls, Miracles, Arohas, etc. had high expectations to see their idols at the “We All Are One” concert. Unfortunately, the anticipation turned into frustration after the organizers of the event were arrested for THIS reason.

November 24 Korean media Sports Kyunghyang reported that seven people, including the head of a K-pop performance agency, have been arrested in Indonesia on suspicion of violating immigration laws.

(Photo: Sports Trend)
K-Pop Concert ‘We All Are One’ In Indonesia Promoters Arrested, Fandoms Ask For Money Back

According to the Indonesian Immigration Bureau, their office confiscated the passports of eight Koreans, including six TV show producers who ran the interrogation program and two who hired them, with A being a representative of a Korean performance agency.

They entered Indonesia on a Visa on Arrival (VoA) and seven of them are currently being held. The media reported:

“Mr. A scheduled an open audition in Indonesia saying he would pick the members of the idol group. Mr. A said he would film the audition process and air it on a TV show, and invited producers and officials from outside production companies to Indonesia.

However, the show’s producers entered the country on tourist visas, not official work visas, and ran interrogation programs in Jakarta and elsewhere without a work permit.”

— Interrogation TOMORROW STAR —
Let’s love Indonesia – we are all one
Where you become a star on the big stage.

Apparently there is also a K-POP IDOL DEBUT PROJECT in Indonesia that gives you the opportunity to become a K-POP IDOL!#LetsLove_Indonesia #We’re All One #ctlid #TomorrowStar pic.twitter.com/HccEP7vLfj

When the fact came to light, the Immigration Bureau arrested officials of the production company on charges of violating immigration regulations in a shopping center in Jakarta, where the hearing was taking place.

The information also shows that A, who was employed by them, was accused of illegally employing foreigners.

In Indonesia, they break immigration laws and face fines of up to 500 million rupees (about $32,000) or up to five years in prison.

[WE ALL ARE ONE K-POP CONCERT]

What you’ve been waiting for is the OFFICIAL LINE-UP of We All Are One K-Pop Concert November 10-12, 2022! See you later, everyone! 🫶🏻#TomorrowStar #BAMBAM #YOUNGJAE #OH MY GIRL #ASTRO #SF9 #EXO_CHEN #PENTAGON #CIX #NMIXX #ctlid pic.twitter.com/jdjwc4eefN

There is a possibility that Mr. A will be investigated for fraud.

Specifically, A is the organizer of a K-pop concert in Jakarta called “We All Are One”. The event was scheduled to take place on November 11-12 with an all-star lineup of K-pop idols including GOT7 BamBam & Youngjae, Oh My Girl, ASTRO, SF9 (Day 1) and EXO Chen, Pentagon, CIX and NMIXX (Day 2).

“WE ALL ARE ONE Concert Postponed Announcement” pic.twitter.com/bkKhizEy74

A sold tickets in advance because he was planning two performances at the 12,000-seat stadium.

However, contrary to expectations, less than half of the tickets were sold, and due to various unfavorable factors such as financial difficulties, A announced on November 4 that the show would be rescheduled to next January.

Since refunds for tickets sold have not been properly refunded, buyers are complaining. Ticket buyers are protesting by posting the hashtag “#weallareone_refundmymoney” on Twitter.

Due to the cancellation of the concert, WE ALL ARE ONE INDONESIA is offering ticket buyers a refund option.

Due to the cancellation of the concert, we are asking for a refund to the buyer of WE ALL ARE ONE INDONESIA tickets.@redangelkorea @ticket #weallareone_refundmymoney

Some argue that Indonesian authorities would arrest A on charges of violating immigration and labor laws and then investigate allegations of fraud.