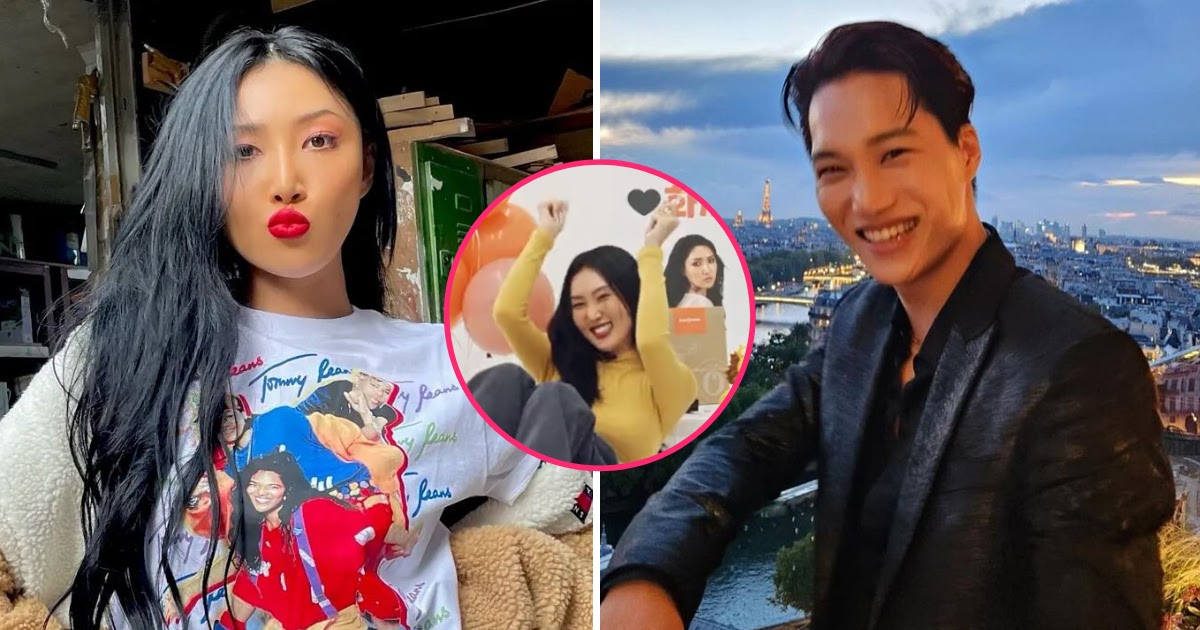 The fans are here for their wonderful chemistry!

EXO‘s Kai and MAMMOO‘s Hwasa are the new models of the South Korean health and beauty brand Oil Youngand fans have already loved their lovely dynamics.

In addition to being the undisputed all-rounders, both idols are known for their insane visuals. It is hardly surprising that they would be a popular model choice from many brands including the Gucci and Louis Vuitton. Now they are combining their visual power as models for Olive Young, and fans couldn’t be more excited to see them together.

In the last promotional video, the two shared their thoughts on modeling the brand. Hwasa jokingly stated that Olive Young seems to be a dangerous place for her because it is difficult for her to leave after entering …

… While Kai made fans proud of his serious new MC skills!

After a few shows he has appeared in, MC Jongin’s skills have really improved and he doesn’t look awkward with Hwasa at all. I’m so proudadddd😭💖pic.twitter.com/1jtLKTRoZu

Fans did not miss their lovely manners …

the way the jongin says “hwasa sshi ☺️” is so soft to them pic.twitter.com/0brjjrKFXs

why is hwasa the cutest little thing on earth ???? pic.twitter.com/Ct9GVYSty3

… Which they believe shows how well they both seem to be filming together.

JONGIN IS JUST TOO CHARMING 😭 pic.twitter.com/lOtMyvlIC0

In fact, they seemed to really bring out each other’s crazy duality!

ON Stage vs OUT OF STAGE
Duality 😂# KAIxOLIVEM YOUNG #KAI #HWASA pic.twitter.com/X0bbAUrqS1

the way kai and hwasa can strip off the stage easily, but offstage they are so cute and shy. about the duality of these two 🥹pic.twitter.com/Q6tTsWNmsf

This joint modeling venture showed the friendship between EXO and MAMAMOO that many fans have always wanted to see, and they did it in the most satisfying way.

We hope to see many more of these top two in the future!

In the meantime, watch the full clip here.

Everyone has a pretty good eye, hoohoo

To all the gangsters, “I’ll make it to you officially”
NEW OLIVE YOUNG😎 MODEL
Kai and Hwasa 💖

Our models are cool, cute and do it all.
Please check out the video soon !!
Thanks to you, Donnie’s managing person is also wonderful✨

are you joe So love it❤
Are you looking forward to it ?! Then RT😉 pic.twitter.com/OHInJe5zTh