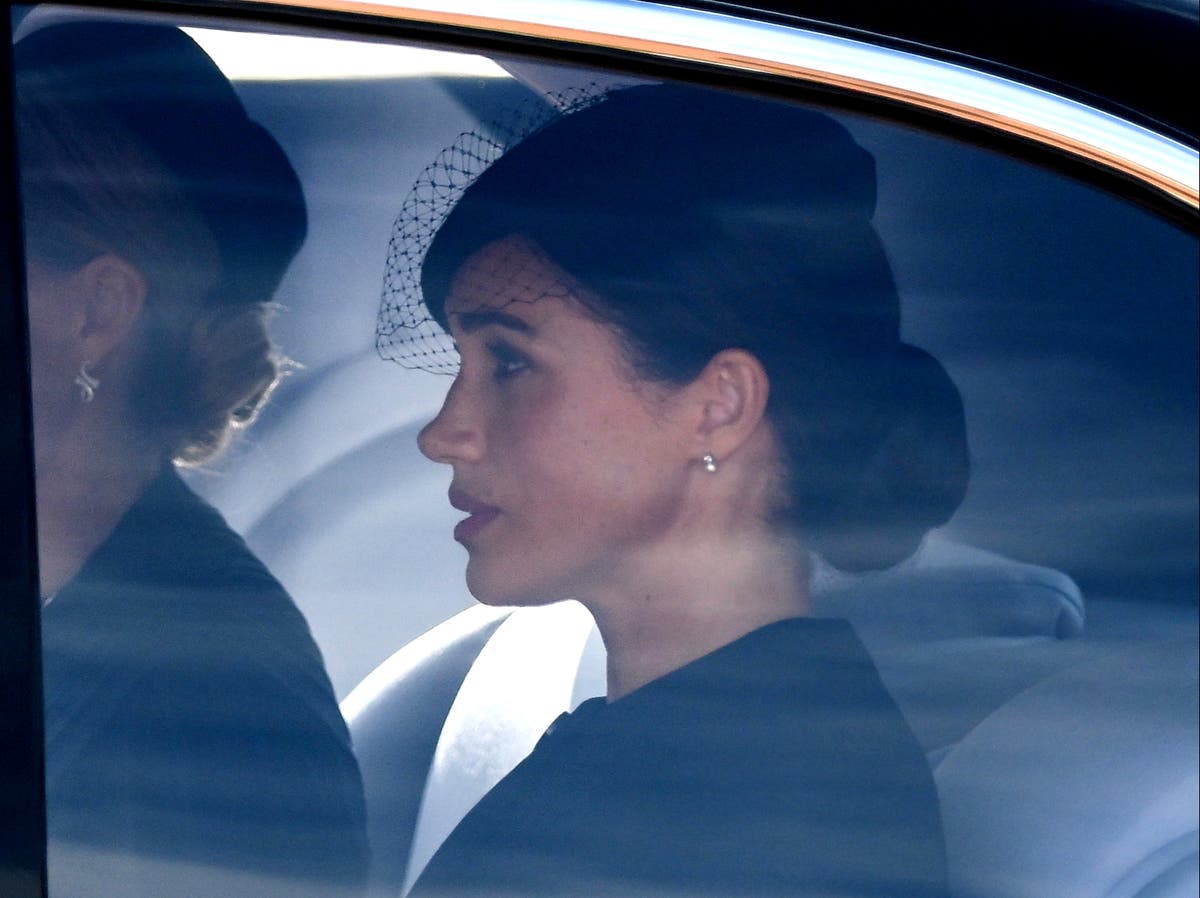 Kate and Meghan arrived in separate cars to join the royal mourners as the queen’s coffin was taken to Westminster Hall.

The King and senior royals saluted the coffin as it was carried by a group carrying eight soldiers from the 1st Battalion of the Queen’s Company Grenadier Guards to the Hall.

In line to watch were the Queen’s older cousins, Prince Michael of Kent and the Duke of Kent.

Next to the Duke of Kent was the Duchess of Sussex, Countess of Wessex, Duchess of Wales, then Queen Consort.

Dozens of wider royals stood in two rows to the side of Westminster Hall, including Princesses Eugenie and Beatrice and their husbands, Zara and Mike Tindall, Lady Louise Windsor Viscount Severn, Lord Freddie Windsor, and Princess Michael of Kent.

Meghan seemed to take a deep breath as the queen’s coffin passed in front of her.

During the service, the elderly royals faced the coffin on a violet-covered catafalque that was surrounded by a tall yellow flickering candle at each corner of a wide scarlet platform.

The Duke and Duchess of Sussex held hands as they passed through Westminster Hall at the end of the service, while the other royal couples in the processional group walked side by side without touching.