KBS “Mr. House Husband ”apologizes for broadcasting the scene of circumcision of minors 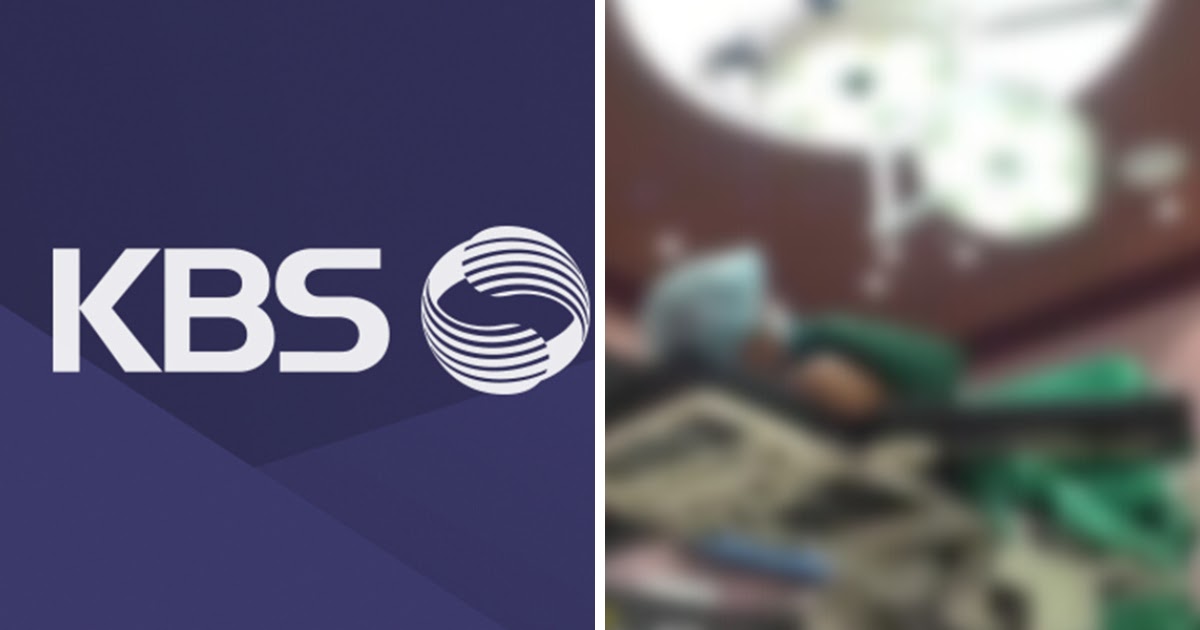 On September 19, the production team responsible for KBS Husband of the House issued an apology after controversy arose over a scene from the last episode.

The audience was humiliated when in the final episode KBS‘s Husband of the Housefive junior high school boys were shown undergoing circumcision operations. 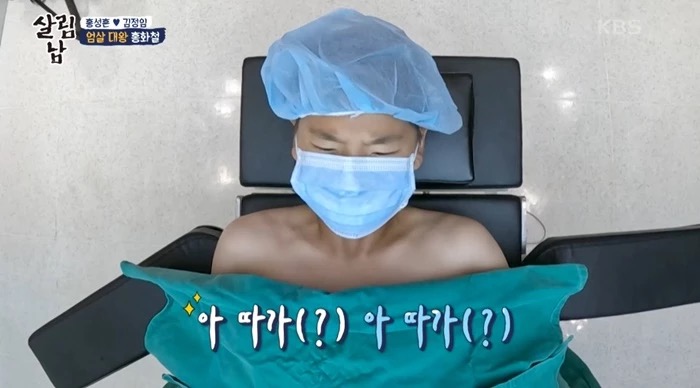 The audience condemned the show for failing to take into account the well-being of children whose sensitive moments were broadcast on national television. 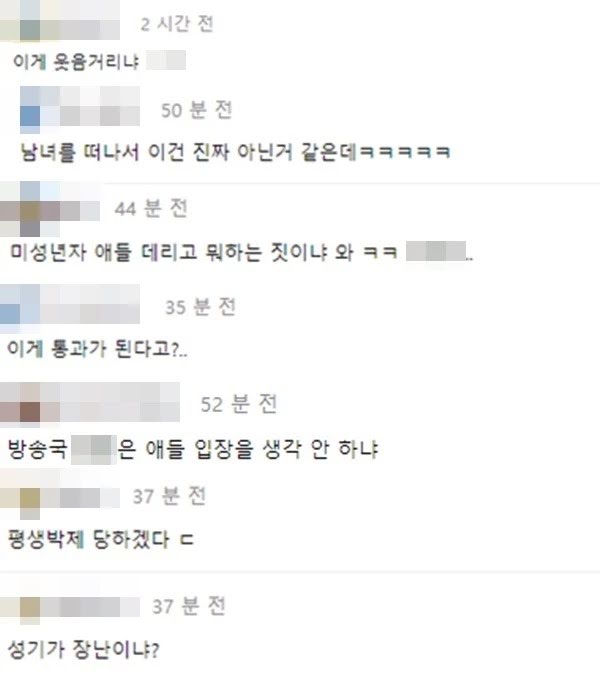 The program wrote in his apology for offending all viewers who watched the scene. The show explained that the scene came after the children’s parents figured out how to teach their kids sex education. The program stated that their aim was to show parents and children understanding. You can read the full apology below. 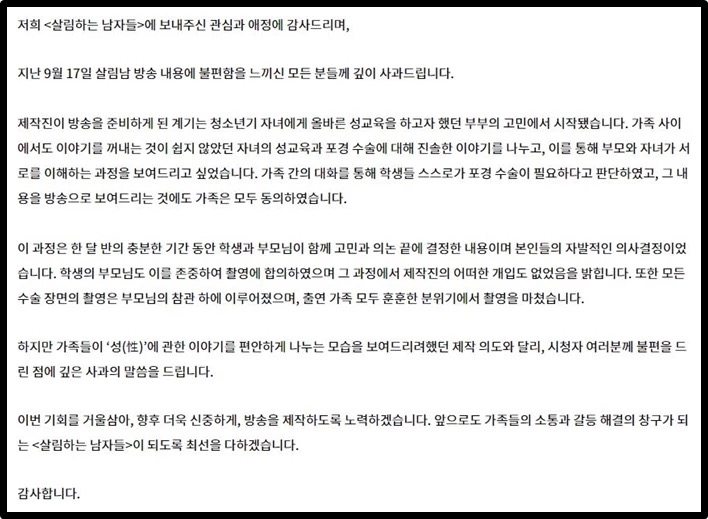 With gratitude to the viewers,

We would like to apologize to those who felt uncomfortable with the September 17 broadcast Husband of the House.

The scene came after the children’s parents discussed how to get involved in sex education. We wanted to show parents that they were talking about circumcision, and through dialogue we wanted to show parents and children understanding. Through dialogue, the children felt that they needed to be circumcised, and the family agreed to broadcast the procedure on the program.

The scene was agreed by the families after a month-long dialogue between parents and children. Both the students and parents agreed to filming, and we would like to reveal that the production team did not interfere in making decisions. Also, the filming of the procedure was carried out under the supervision of the parents, and all parties were satisfied after filming.

But instead of showing a constructive dialogue on gender, the show made viewers uncomfortable and we apologize for that.

Thanks to this experience, we will be more careful in future productions. We will continue to strive to become a safe haven for dialogue for our families.

– Husband of the House

What are your thoughts?