Ken Starr, the former judge who pushed Clinton to prosecute, dies at the age of 76 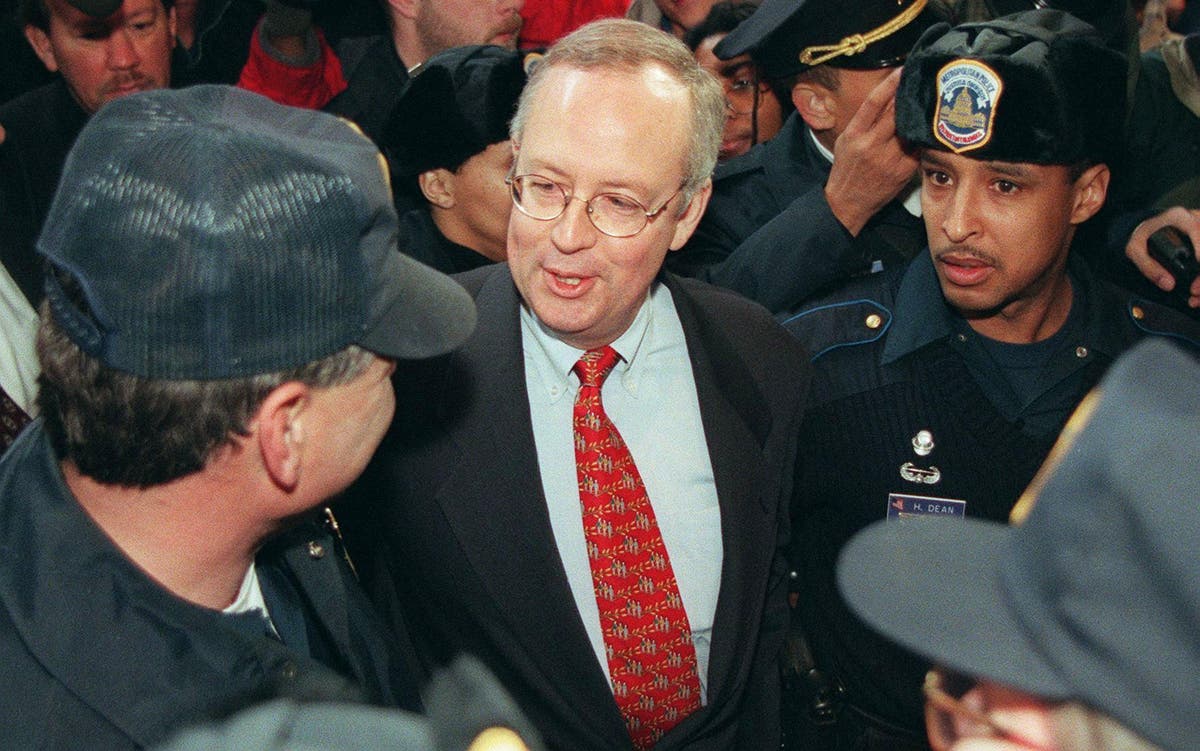 Kenneth Starr, the former American appellate judge who led then-President Bill Clinton to prosecute in the late 1990s but defended Donald Trump against allegations that he started an uprising in a second impeachment trial, died at the age of 76.

According to Waco, the Texas-based television station KWTX, Mr. Starr died on Tuesday after “long illness”.

The Texas-born attorney served as a judge in the U.S. Columbia District Court of Appeals from 1983 to 1989, but resigned to serve as United States legal counsel under then-President George HW Bush from 1989 to 1993.

A year after leaving the Bush administration, Starr was recalled to government service as an independent lawyer tasked with investigating whether Bush’s successor Mr. Clinton or his wife Hillary Clinton had violated any law while investing in a failed Arkansas land deal. late seventies.

For over three years, Mr. Starr never found any evidence of a Clinton misconduct, but when he submitted his final report to Congress, he recommended indictment of Mr. Clinton because he had lied in a testimony related to a civil sexual harassment lawsuit filed against him by a former state employee Arkansas, Paula Jones.