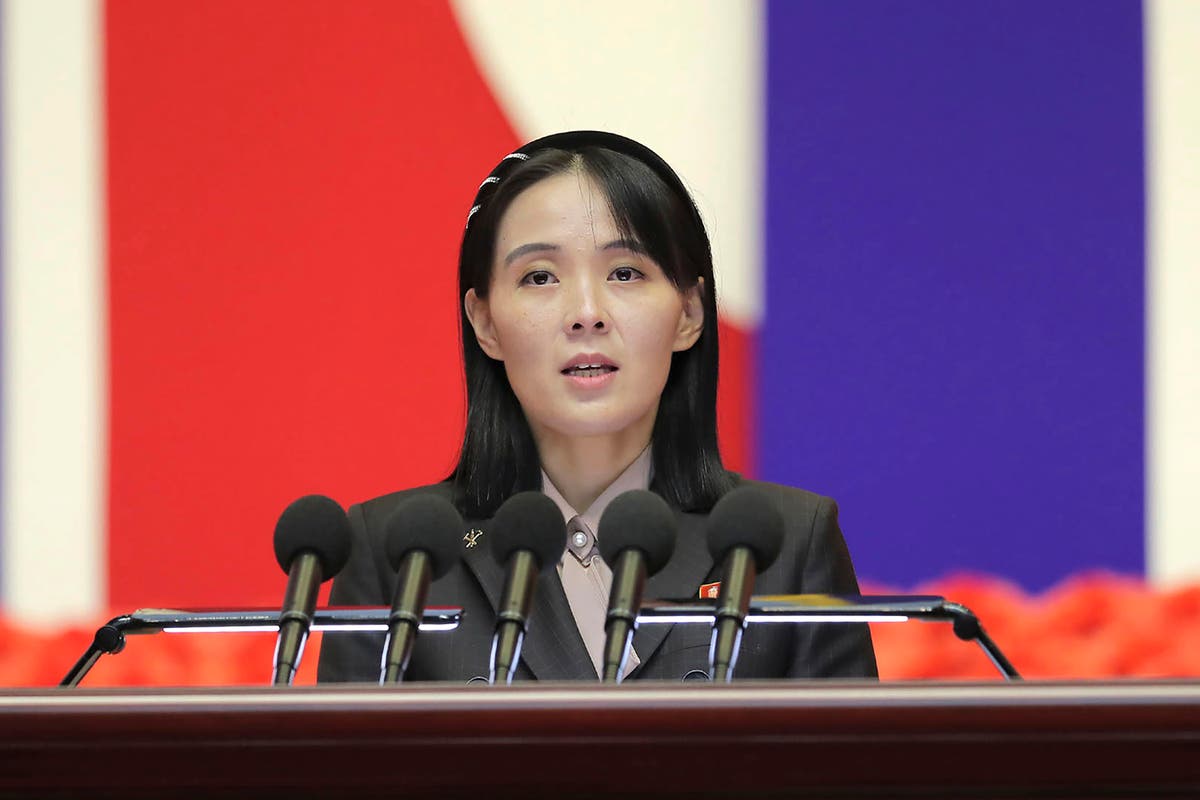 The influential sister of North Korean leader Kim Jong-un has warned the United States that it will face a “more deadly security crisis” after Wahington pushed for a UN condemnation of an intercontinental ballistic missile test.

During the meeting, there were many calls to condemn the state’s first successful launch of a new Hwasong-17 missile capable of reaching North America.

Ms. Thomas-Greenfield read out a statement from 14 countries that supported measures aimed at limiting the development of North Korea’s weapons programs.

Ms. Kim, considered the second most powerful person in North Korea, compared the US to a “barking dog seized with fear” while criticizing what she called “a sickening joint statement along with the likes of the UK, France, Australia, Japan and South Korea.” .

She added that North Korea would regard the US-led joint statement as “a wanton violation of our sovereignty and a serious political provocation.”

“UNSC turns a blind eye to the highly dangerous military exercises of the US and South Korea and their greedy weapons buildup targeting the DPRK [Democratic People’s Republic of Korea] and challenged the DPRK’s exercise of its inviolable right of self-defence,” she said in a statement.

“The United States should remember this, no matter how desperately it seeks disarmament [North Korea]can never deprive [North Korea] of his right to self-defense and that the more fierce he becomes against his adversary[North Korea] action, it will face a deadlier security crisis.”

The UN Security Council meeting was called in response to the launch of an intercontinental ballistic missile by North Korea on Friday. Pyongyang has tested a record number of missiles this year in what is seen as a provocative tactic to use it as leverage in future diplomacy with the US.

Friday’s test involved the Hwasong-17’s most powerful missile, and some experts say the steep-angle successful launch proved its potential to hit anywhere on the American continent.

During the meeting, the United States and its allies strongly condemned the missile launch and called for action against North Korea to curb its nuclear and missile programs. Ms Thomas-Greenfield said it was vitally important that the 15-member Security Council responded with one voice.

However, Russia and China, both UNSC members with veto power, opposed any new pressure and sanctions against North Korea.

“The blatant obstructionism of these two members puts the Northeast Asian region and the entire world at risk,” Thomas-Greenfield told the council.