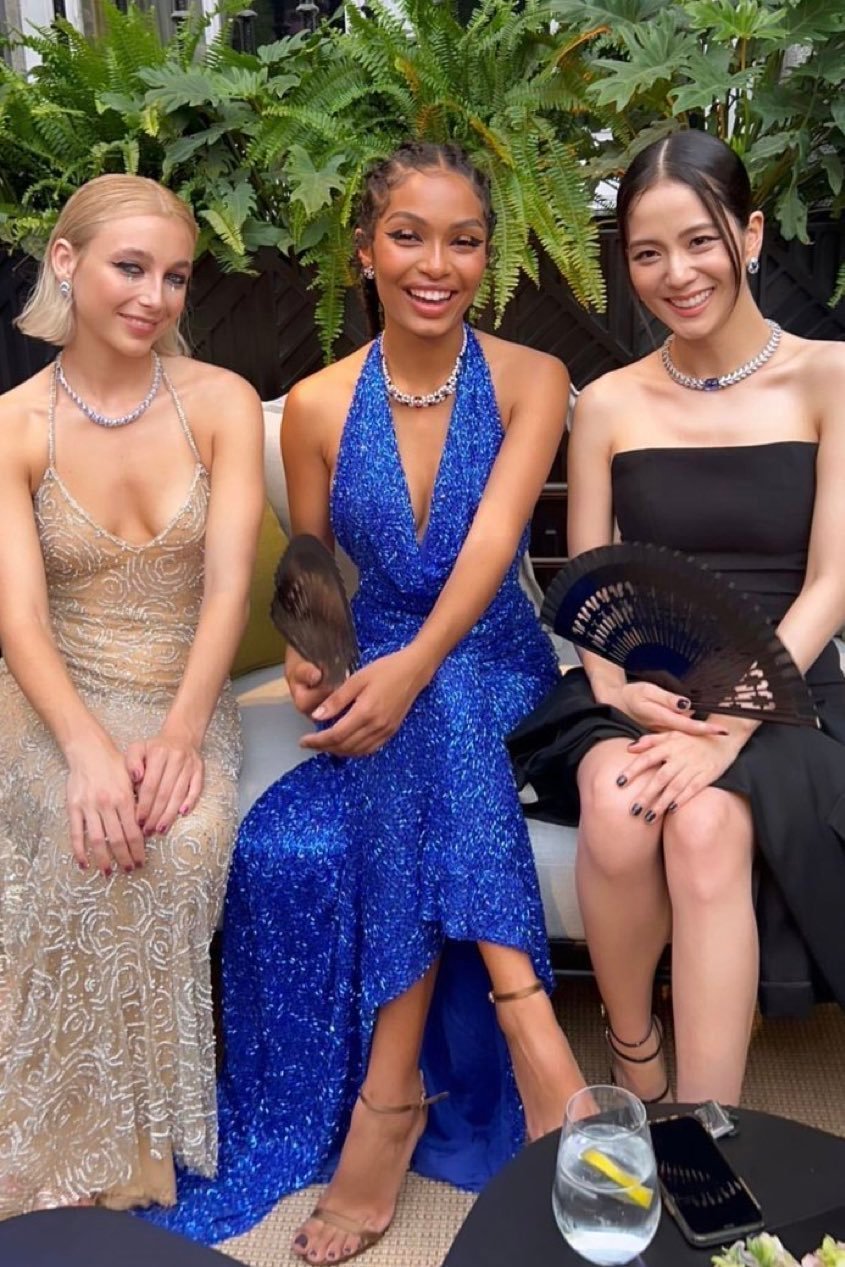 Kpop idols are not only talented, but also incredibly wonderful. As a result, they shine regardless of the situation and make Korean netizens proud every time they attend events abroad.

After debuting with BLACKPINK in 2016, Jennie is known not only in Korea, but also around the world. The idol is often invited to fashion weeks, where she meets and interacts with various world stars.

In fact, there were pictures of Jennie with top stars like Kristen Stewart, Cardi B and Rihanna. She never wears heavy makeup in these photos, yet her aura and looks can easily steal the spotlight.

During the fashion event, HyunA became a hot topic for showing off her top-notch beauty. Next to AnnaSophia Robb, the idol did not lose at all, and the eye-catching makeup with red lipstick really completed her visuals.

Often praised for her doll-like appearance, Lisa never disappoints at fashion events and has always been the center of attention. In addition to the world-class stars, Lisa was equally astonishing, and people’s eyes couldn’t help but be drawn to her.

Visualizing a league of her own, Jisoo recently performed “Liar” alongside Camila Cabello at the BLACKPINK concert in Los Angeles. The idol also stood next to the biggest stars such as Selena Gomez, Yara Shahidi and Kimmy Kimberley.

IVE member Jang Wonyoung has established herself in the Kpop industry as well as in the fashion world. She recently appeared at the Miu Miu Womenswear S/S 2023 show and was spotted alongside Camille Razat and Milli. Despite this, the idol did not overshadow it at all, proving its visual setting of the highest class.

Red Velvet Irene rarely appeared at fashion events, but all her appearances so far have been iconic. With divine beauty and a complexion so fair it was radiant, Irene shone even sitting next to Hollywood stars. In fact, her picture with Elle Fanning easily blew people away with its overflowing visuals.