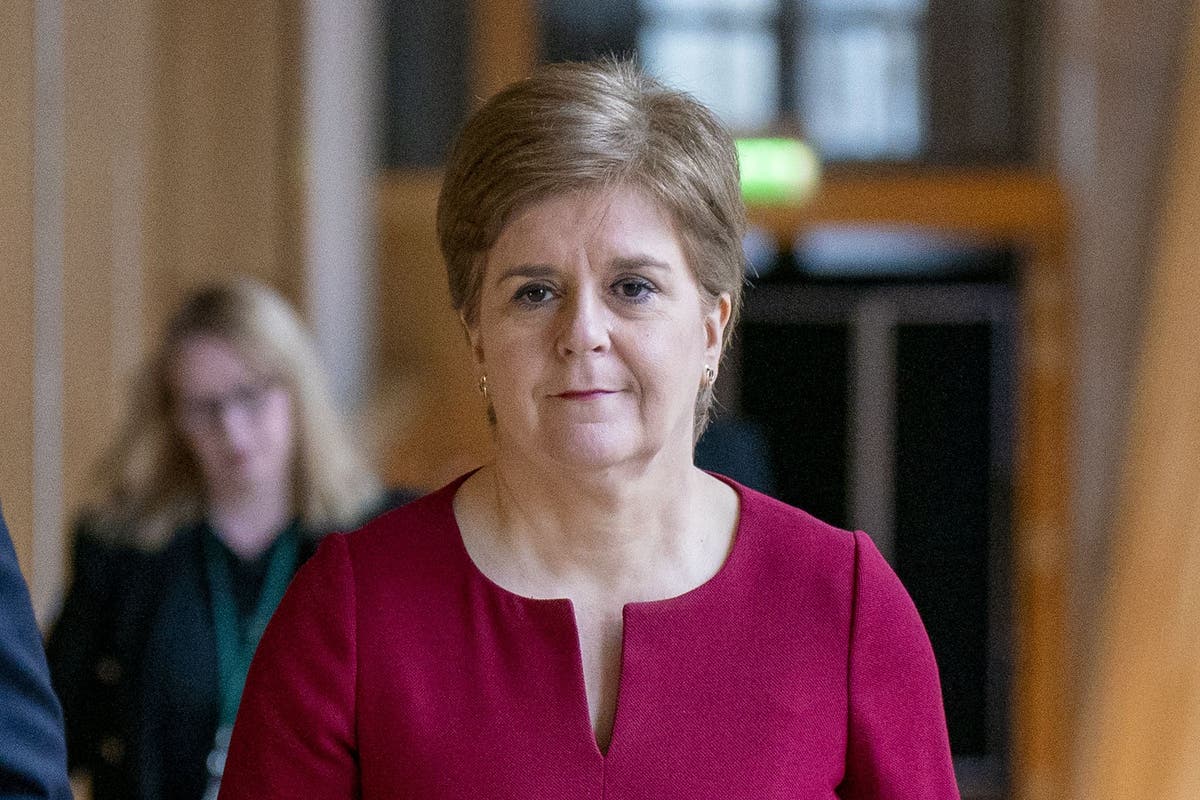 The High Court has ruled that the Scottish Parliament cannot hold a second referendum.

Britain’s high court judges ruled that Holyrood could not legislate on the matter, agreeing that constitutional matters were reserved to the Westminster Parliament.

This comes after First Minister Nicola Sturgeon said she wanted the referendum to take place on October 19 next year.

Lord Reed said the court was not taking a political decision on the merits of independence and that it was in the public interest to decide on the matter.

Elsewhere, Rishi Sunak was forced to delay reform planning amid significant opposition from Conservative MPs demanding an end to the mandatory target of 300,000 homes a year.

The prime minister was due to face a major test of his leadership next Monday when MPs were due to vote on the flagship equalization bill.

But nearly 50 backbenchers and former ministers have signed an amendment that prohibits councils from taking housing purposes into account when deciding on planning applications.

The transport secretary will hold talks with rail union bosses this week to urge them to call off strikes aimed at causing “maximum disruption” over Christmas, Labor and Pensions secretary Mel Stride has said.

He said the consequences of the strikes announced by the RMT in December and January would be “quite serious” and “profound” – saying they could disrupt medical appointments as well as “family gatherings” held over the festive period.

Britain’s high court judges ruled that Holyrood could not legislate on the matter, agreeing that constitutional matters were reserved to the Westminster Parliament.

The case was brought by Ms Sturgeon, First Minister of Scotland and leader of the SNP, who outlined plans to hold a second vote on 19 October 2023.

Adam Forrest has more information on this breaking news:

The High Court has ruled that Scotland cannot hold a second referendum.

Senior backbencher William Wragg and former Secretary of Work and Pensions Chloe Smith were the last to announce that they would not stand for re-election as MP at the next election.

MPs have been given a deadline of 5 December for MPs to tell Tory headquarters (CCHQ) whether they plan to stand in the 2024 election, Independent understands.

There are predictions that as many as 80 Tory MPs could decide to leave, with many facing a tough battle to keep their seats as a resurgent Labor tops the polls.

The number of migrants waiting more than three years to find out if they have been granted asylum in the UK has more than quadrupled in 18 months as thousands are left stranded.

The shadow home secretary says people have the right to strike but a “fair deal” is needed.

Shadow Home Secretary Yvette Cooper said people have the right to campaign for a fair wage deal, but ultimately a deal is needed.

She told BBC Radio 4’s Today program: “We recognize that people have the right to do whatever they can to campaign for a fair wage deal and will continue to do so.

“People have the right to take their jobs and go on strike as part of that, and we will always support people’s right to do that, but ultimately we need an agreement and that’s what we’ve been calling for.”

She said she wanted the government to “get together about this”.

The Supreme Court rules on the referendum in Scotland

The High Court will decide this morning whether the Scottish Parliament has the right to call for a second referendum.

Mr Farage said Labor is now “to the right of the Conservatives on immigration” after Sir Keir said the UK must end its “immigration dependency”.

The Labor leader addressed business bosses in a speech on Tuesday morning and criticized the use of “cheap labour”.

He told his listeners at the Confederation of British Industry (CBI) that companies should “start investing more in training workers who are already here”.

Speaking after Sir Keir’s speech, Farage criticized the Tories and said they had “made it clear that they would continue with massive, large-scale legal immigration”.

“There’s never a right time to strike,” Lynch said. “We don’t want to go on strike and have been very careful and listened to public opinion over the last few months.

“But we have to end it and bring it to an end.

“Workers say we cannot tolerate the prescription we have been given by the government.”

The justice secretary is already facing an investigation after two formal complaints allege government employees were “afraid” to enter his office.

But a “handful” of new complaints have been filed by MoD officials, according to Guardian – citing sources who have accused Mr. Raab of creating a “perverse culture of fear.”

One source told the newspaper that the new claims were “more serious and detailed” than those already made.