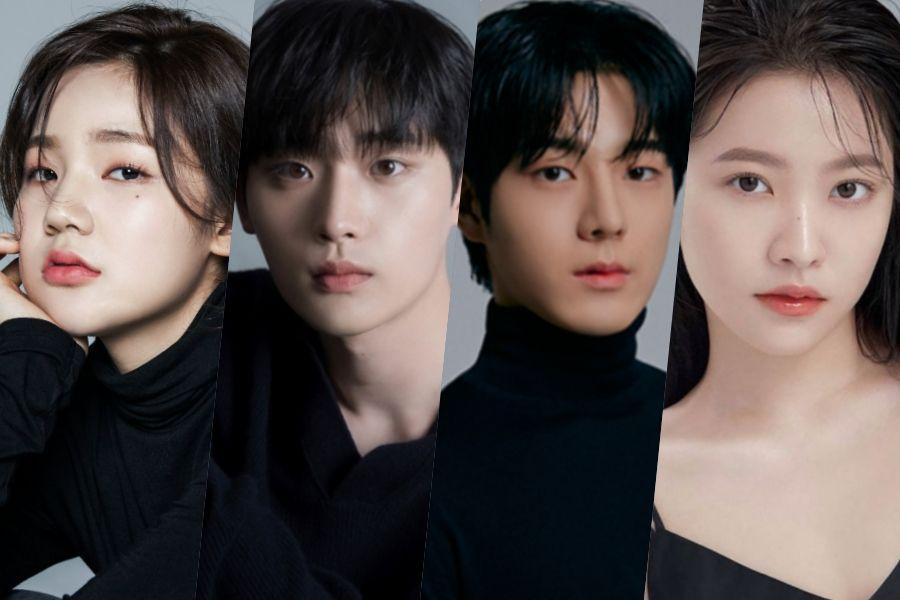 After Yeri was cast in Red Velvet, Lee Eun Saem, Lee Jong Hyuk and Yoo Jung Hoo were confirmed to be joining her in the new drama!

Lee Eun Saem will play Kim Hye In, who grew up in a poor family. In exchange for keeping quiet about the murder she witnessed, she gets a chance to enter Cheongdam International High School. Kim Hye In is a person who seizes the opportunity to fulfill his desires, even when he feels remorse.

Yeri will play Baek Je Na, the queen of Diamond 6, the top class at Cheongdam International High School. Baek Je Na is a person who has a dislike for those who enter the school through the equal opportunity system.

Lee Jong Hyuk will play Seo Do Eon, the king of Diamond 6. Seo Do Eon is the son of the president of Cheongdam International High School. He is also friends with Baek Je Na since childhood.

Yoo Jung Hoo will play Lee So Mang, who potentially has more power than anyone else in the school and who is intrigued by the new transfer student, Kim Hye In. With his extensive information, he supports Kim Hye In, who wants to get even a small part of Baek Je Na’s power.

In the meantime, watch Lee Eun Saem and Lee Jong Hyuk in “Cheer Up”: