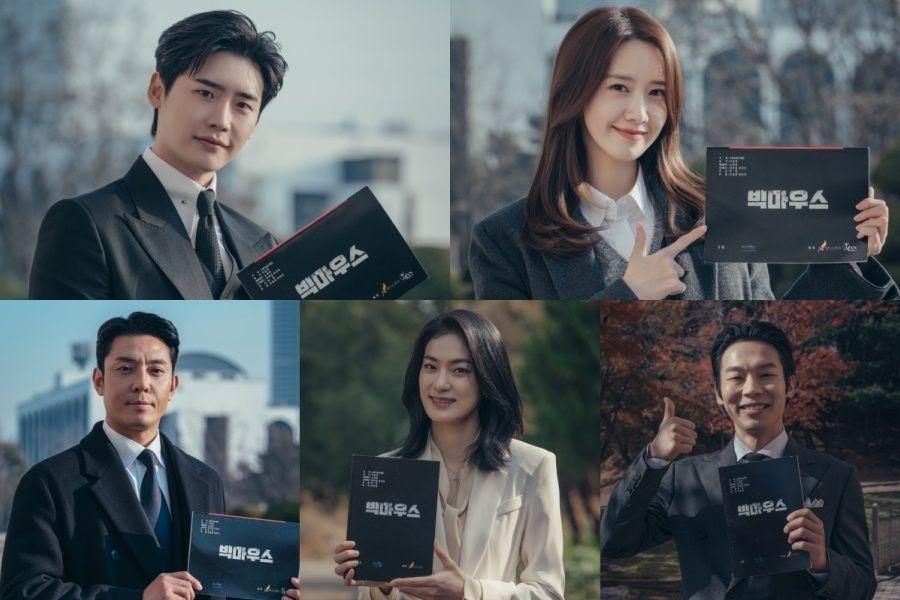 Before the final episode of Big Mouth, the main cast said goodbye to the drama!

MBC’s “Big Mouth” is a violent noir drama starring Lee Jong Suk as Park Chang Ho, a third-rate lawyer who becomes responsible for a murder case that turns him overnight into a genius trickster known as the “Big Mouse” . “To survive and protect his family, including his wife Go Mi Ho (YoonA of Girls’ Generation), a big-mouthed lawyer must expose a massive conspiracy among the privileged upper classes.

Lee Jong Suk remarked, “Because it was my comeback project after a while [since being discharged]feels different. It was a project that I had to think over and overthink a lot more, but most of all I was happy to be able to show a new image. Somehow all that time has passed and it is time to send Chang Ho back. Thanks to everyone who supported Chang Ho. Thanks to the love you sent, I finished well. “

YoonA commented: “First of all, I feel choked and excited now as I try to send Big Mouth and Mi Ho back. The meeting with the wise and brave Go Mi Ho was a time when I learned a lot as a man and an actress ”. She continued, “More than anything else, because the audience loved us so much that I got a lot of energy. Thank you very much. I was happy because of all the viewers who immersed in, watched and supported “Big Mouth”. “

Kim Joo Heon made an impressive transformation in “Big Mouth” as the villain Choi Do Ha, who was the mayor of Gucheon. “Thank you very much to the viewers who watched” Big Mouth “- commented the actor. “It was an honor to work with our writer who wrote our wonderful script and wrote the character of Choi Do Ha, our director who created this character with us and many of our team members. Because my coworkers were so cool and passionate on set, I learned a lot.

Ok Ja Yeon played the fair and charismatic Hyun Joo Hee and said: “I got a lot of courage working with such wonderful people. It was a precious time that I won’t be able to forget. ” The actress added: “I am asking for a lot of support for the next projects of actors, directors and producers of Big Mouth.”

Yang Kyung Won has elevated his role as the ambitious and greedy Gong Ji Hoon through dynamic acting. The actor commented: “It doesn’t seem like a long time since” Big Mouth “was first shot, but we are already waiting for the final broadcast. During the last video, I felt sorry, but now that we are getting closer to the final broadcast, my regret is even greater. I was happy thanks to my colleagues and staff members that I was with them the entire time the filming was done, as well as the viewers who were with us the whole time. Please be with us until the end of “Big Mouth”.

Make sure to check out the final episode of Big Mouth on September 17 at 21:50 KST to see if Park Chang Ho can win as the new Gucheon hero!