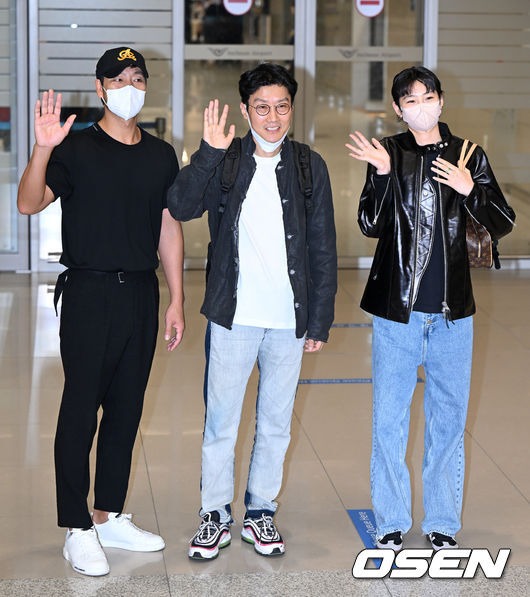 The main characters of “Squid Games” expressed their feelings after winning “Emma”.

“Squid Game” is a series about people who participated in a mysterious survival game with 45.6 billion wins in cash prizes that required them to risk their lives to challenge extreme games to be the ultimate winner. It was released on Netflix last September and has attracted attention as it has become a worldwide syndrome.

Director Hwang Dong-hyuk, who led the program, said: “We’ve been in this race together for about 10 months since last November, which means we’ve been together long enough that we feel almost like family. It was the last prize race of Season 1, and while we didn’t win together, we came back with many significant prizes, making it the end of a wonderful year-long journey. It was a very fun journey and I sincerely thank everyone and the fans for their support ” He said.

In addition, Jeong Ho-yeon said: “I sincerely thank the audience for loving“ The Squid Game ”and many Koreans for their support. It was such a nice memory to be with the director and my seniors. “ she said with a radiant smile.

Park Hae-soo also said: “I am grateful too. It was a place I could finally enter after a year of hard work with a director. I was sad that yesterday I was the last one in the quarters, but I think this is just the beginning. I want to share my joy with all the viewers who support me in Korea. ” He said.

On the other hand, Jeong Ho-yeon said: “I’m glad I was also voted Best Wardrobe at the Emmy Awards. I was preparing really hard “ she said with a smile.

At the awards ceremony, director Hwang Dong-hyuk tried to read his speech on a note he had prepared but was unable to finish due to lack of time. Accordingly, he said: “They said I was running out of time, but I have already finished talking about what I wrote in the note. I wanted to thank my mother but couldn’t say it. Everything was supposed to be in the credits. List of people I want to thank. But they said he didn’t show up by mistake. I am very grateful to my mother. I want to thank her for trusting and supporting my choice. ” He said.

Most of all, he shared “Hopefully I can make Squid Game Season 2 and be loved as Season 1. I want to take part in the Season 2 race and do the same stage where I was at the Golden Globe and Emma Awards before. The most memorable moment at the awards ceremony was when I called my mother and said she was crying. This is my most memorable moment. “ he said, raising expectations.

Finally, director Hwang Dong-hyuk added: “Actor Lee Jung-jae told me he went to Toronto. I thanked him for his hard work, and since he worked with me for a long time, I asked him to work better with me in the second season and to do a better job the next time.